The designer will start February 1 and expand the LVMH-owned label’s offering into menswear, couture and fragrance. 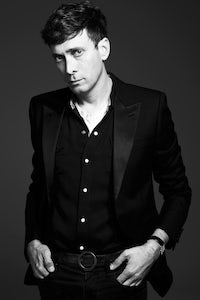 The designer will start February 1 and expand the LVMH-owned label’s offering into menswear, couture and fragrance.

PARIS, France — In an announcement that took the fashion industry by surprise, LVMH announced on Sunday that Hedi Slimane is set to join Céline, starting February 1. The designer will take on the title of artistic, creative and image director, and expand the LVMH-owned label’s offering into menswear, couture and fragrance. He will show his first collection for the brand in September during Paris Fashion Week. Slimane takes over at Céline from Phoebe Philo, who announced she would be leaving the house after its Autumn 2018 presentation in March.

“I am particularly happy that Hedi is back within the LVMH Group and taking the reins of our Céline maison,” said LVMH chairman and chief executive Bernard Arnault in a statement. “He is one of the most talented designers of our time. I have been a great admirer of his work since we collaborated on Dior Homme, which he launched to global critical acclaim in the 2000s. His arrival at Céline reinforces the great ambitions that LVMH has for this maison.”

Slimane has a storied past at Dior Homme, a brand he singlehandledly created and built between 2000 and 2007, popularising the skinny silhouette in menswear. He left, in part, because he wanted to launch his own label, doing both men’s and women’s wear. Before his tenure at Dior Homme, the Frenchman worked at Yves Saint Laurent, to which he returned in 2012 to helm the brand's womenswear and menswear labels.

At Saint Laurent, Slimane's creative directorship divided opinion, but his LA youth culture-driven collections commanded the attention of the global fashion industry and drove stellar financial results: In his first three years, the French brand more than doubled annual sales revenue to €707 million in 2014 (about $787 million), up from €353 million in 2011. However, the designer exited the Parisian house suddenly in April 2016 amid reports of a falling out with François Henri Pinault, chairman of Kering, which owns Yves Saint Laurent.

On joining Céline, Slimane will be reunited with Sidney Toledano, the influential chief executive who led Dior, one of the world's most coveted brands, through global expansion and has overseen the creative directorships of John Galliano, Raf Simons and Maria Grazia Chiuri. Slimane’s appointment follows BoF’s announcement in November 2017 that Toledano is handing over his role to Fendi chief executive Pietro Beccari in 2018, as he steps into the position of chairman of the LVMH Fashion Group, which includes Céline as well as Givenchy, Kenzo, Loewe, Nicholas Kirkwood and Marc Jacobs.

During her 10-year tenure at Céline, Philo turned the once-middling label into a fashion authority with her minimalist designs. She was also behind many of Céline’s hit bags, including the Phantom, Trapeze and Trio. Over the past decade, the London-based designer help lift Céline’s annual sales from €200 million (about $236 million at current exchange) to more than €700 million ($828 million), according to analysts. (LVMH does not break out figures for the label.) Yet the brand was a digital laggard: it only launched an Instagram account in 2017, and in November, it launched its first presence on WeChat.

In December, Céline — then the only LVMH-owned fashion business without its own e-commerce business — started to offer online sales in France, and plans to eventually roll out to the rest of Europe and the United States in 2018. The move comes at a time when e-commerce is one of the most significant growth opportunities in the luxury market — in the next 10 years, McKinsey & Company expects the share of luxury sales occurring online to triple, making e-commerce the world’s third largest luxury market after China and the US.

It is understood that Slimane will maintain his home base of Los Angeles in his new role at Céline, while shuttling to Paris, where the label is based.

“I am delighted to join Bernard Arnault in this all-embracing and fascinating mission for Céline,” said Slimane. “I greatly look forward to returning to the exciting world of fashion and the dynamism of the ateliers.”

Sidney Toledano added: "Hedi Slimane is an exceptional designer, complete artist and passionate about his work. I am certain that he will bring his renowned creative energy and discipline to lead Céline to ever greater success."

The Secret of Saint Laurent's Success