PARIS, France — The luxury goods market is facing a profound slowdown. The woes run deep, and can be traced all the way back to the global economic downturn of 2008. But the situation has been exacerbated in recent months by the terror attacks in Paris and Brussels, and a new system of Chinese import taxes, resulting in a string of poor results from major luxury conglomerates.

As the market suffers, muffling even the strongest of brands, Hermès, too, has seen growth slow. In the first quarter of 2016, sales were up 8 percent overall at constant exchange rates, much in thanks to strong numbers in Japan but also mainland China, an area of the world where most luxury brands are struggling to maintain momentum. The house’s bread-and-butter category — leather goods and saddlery — was up 15 percent, driven in part by increased production. But silk and textiles were down (9 percent), as were perfumes (4 percent), watches (3 percent) and, yes, ready-to-wear and accessories (2 percent). Once again, however, the company made a point of highlighting the success of its latest collections in women’s ready-to-wear and footwear, an increasingly important category for the business.

Indeed, this summer, Hermès is signalling the growing bet the brand is placing on women’s ready-to-wear with its first-ever pre-collection presentation, set to take place at a yet-to-be disclosed location in Paris on July 3, right at the start of the city’s haute couture week. Less than 100 people — including press, family and top clients — will be invited to the intimate showing, which will feature Pre-Spring looks designed by women’s ready-to-wear artistic director Nadège Vanhée-Cybulski. 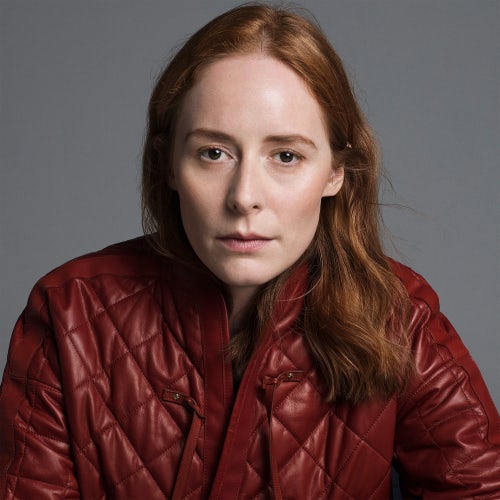 It’s a quiet approach that suits both the brand and Vanhée-Cybulski, who spent many years behind the scenes, working for Martin Margiela, Phoebe Philo at Céline and, most recently, Ashley and Mary Kate Olsen at The Row before joining Hermès in 2014. “It’s really about bringing the ready-to-wear to the 21st century, to make it as legitimate as a bag or a scarf,” said the designer at Hermès’ New York showroom earlier this spring. “Bags and scarves are entrées into the house. I hope that ready-to-wear can also recruit.”

Hermès has produced pre-collections since 2004 but chosen not to show them to the press. But the news of the show isn’t completely surprising given chief executive Axel Dumas’ intentions in ready-to-wear. At his first shareholders meeting after assuming the top role in 2014, the sixth-generation leathergoods maker made a point of mentioning ready-to-wear as a métier that was ripe for expansion. It’s true that in the past decade, the ready-to-wear and fashion accessories category — which includes jewellery and shoes designed by Pierre Hardy — has inched upward in terms of its percentage contribution to overall sales. In 2006, when Jean-Paul Gaultier was designing the women’s ready-to-wear, the category accounted for 19 percent of the business. In 2011, a year after Christopher Lemaire took over the role, it was 20 percent. By 2015 — the year Vanhée-Cybulski replaced Lemaire — it was 23 percent.

While Hermès doesn’t break out sales for shoes, jewellery and actual clothes individually, the company released a statement at the end of fiscal year 2015 crediting “the success of the latest ready-to-wear collections, especially of Nadège Vanhée-Cybulski’s first collection, and the dynamic fashion accessories sector, particularly shoes,” for the combined category’s sales of $1.1 billion, up 8 percent year-over-year.

To be sure, critical reviews of the designer’s collections have been mixed, but Vanhée-Cybulski is confident in what she is developing for the brand. “I’m really focusing on the pre-Margiela stories,” the designer said, referring to the time before the 20-year period, starting with her former employer, when men designed the women’s collection. Instead, she has dipped into the archives — what the house calls the conservatoire — to examine pieces dating all the way back to the 1930s. “I wanted to look at this time when you had different women designing for the house. It’s about bringing a certain sense of vulnerability or femininity to the world of Hermès.”

Vanhée-Cybulski’s work thus far has emphasised the house codes: equestrian heritage and leatherwork, as well as its deep relationships to colour — beyond its signature orange — and textiles. “Fabrication has always been on my mind, but with Hermès it’s a great realisation,” she said, enthusiastically calling out a triple-face cashmere — which is double-face cashmere with another layer floating in between — as an example of a material that is unique to the house.

The designer, who is in her late 30’s, is also determined to not only sell more ready-to-wear to existing, loyal customers, but also to a new customer who perhaps more closely resembles herself. “I really want to be pertinent to what’s now and what women want to wear now,” she said. “I want to talk to my generation and the future generation, and also the woman who always wore Hermès. It’s a very interesting spectrum.”

So far, clients have warmed, in particular, to Vanhée-Cybulski’s leather pieces, including seamed culottes and bell-sleeved tunics, but also her dresses that tend to graze the mid-calf. (A length that works particularly well with riding boots.) However, she is also quick to say that because of the house’s localised approach to retail — every store director manages the buy for his or her outpost — visits to different locales have yielded different insights. “There is very interesting feedback; a customer in the United States has very different behavior than a customer in Korea,” she said. “But what I’ve learned is that they are all very aware of what they want to wear. You have to be sensitive about the fit, the volume and the fabrication.”

With her most recent collection, the designer said that she “wanted to go away from this literal interpretation of heritage and bring it more to a much more personal level.” In July, Vanhée-Cybulski will have yet another opportunity to make her case.

Where Will Hermès Find Growth in a Slowing Luxury Market?