The online destination for high-end new and vintage watch fans, founded by Benjamin Clymer in 2008, is aiming to scale its content-meets-commerce model in a challenging watches market.

The online destination for high-end new and vintage watch fans, founded by Benjamin Clymer in 2008, is aiming to scale its content-meets-commerce model in a challenging watches market.

Hodinkee, the influential online destination for luxury and vintage mechanical watch aficionados, is gearing up for growth with a $40 million Series B investment and a new chief executive, former Mr Porter Managing Director Toby Bateman.

Bateman, who left his role as managing director of Yoox Net-a-Porter’s luxury men’s e-commerce business in September 2019, takes over as CEO from Hodinkee founder Benjamin Clymer, who transitions to a full-time executive chairman role with a focus on brand and editorial strategy. While Hodinkee is based in New York, Bateman will remain based in London and work remotely. 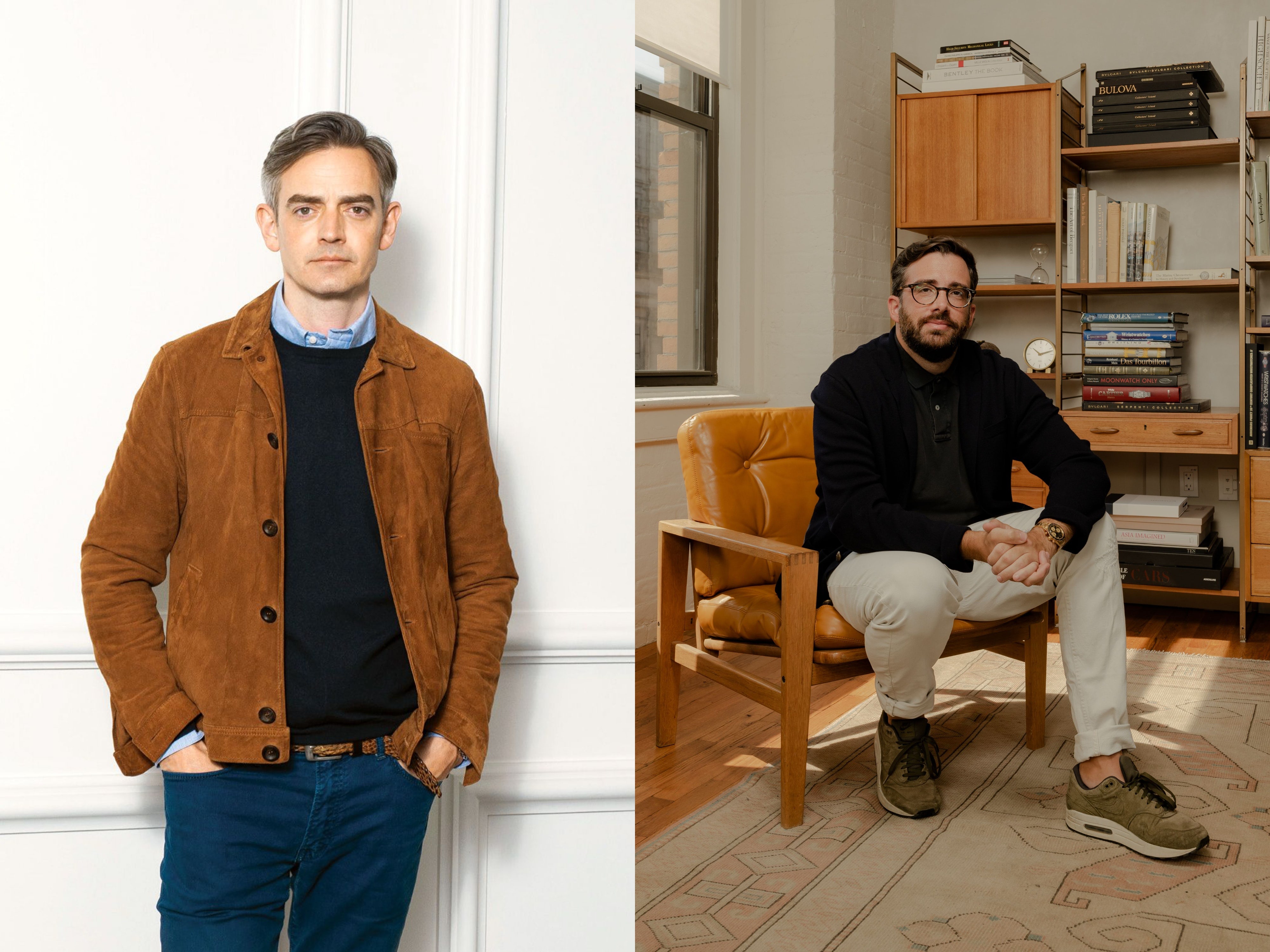 Clymer founded Hodinkee as a personal blog reviewing timepieces and covering the industry in 2008. The business, which, like Mr Porter, integrates content and commerce, has consistently expanded over the last decade, engaging and educating a new generation of hobbyist watch collectors, mostly men, raised on the internet.

“I have these very clear memories of Toby and myself walking around the big trade shows in Switzerland, the SIHH [Salon International de la Haute Horlogerie] and Baselworld, as the only two people that were audacious enough to suggest that luxury watches be sold on the internet,” Clymer told BoF of first meeting Bateman over five years ago. “We were both being rejected left and right.”

‘Insulated’ from a Challenging Market

While prices for coveted vintage styles from Rolex and Patek Philippe have jumped in recent years, most watches brands have suffered over the last decade, caught off guard by the rise of e-commerce and the ascendence of smartwatches like the Apple Watch, which dominate the business at entry-level price points.

Brands are consolidating their distribution channels and rethinking their pricing strategies. But as one of the few authorised online watch dealers for major brands like Tag Heuer and Omega, Hodinkee says it is somewhat sheltered from the turbulence.

“In many ways, we view ourselves as slightly insulated from those macro-level trends,” said Clymer.

Since its launch, Hodinkee has expanded well beyond its origins as a blog, adding e-commerce for watches and accessories in 2012. It also launched a biannual print magazine in 2017, a podcast in 2018, a Japanese edition published with Hearst in 2019 and, last September, an insurance policy for watches underwritten by provider Chubb. (The company has so far underwritten close to $40 million worth of watches.) Today the company has 61 employees.

Hodinkee also does a steady stream of product collaborations with watch brands like Swatch and Omega, and hosts events and pop-up shops for its community of wristwatch fans. The company plans to open its first store in New York’s Soho in the original Supreme location, though the launch date has yet to be determined.

Thus far, the strategy is working: the company’s topline grew more than 50 percent each year since 2016, with revenue surpassing $20 million in 2019. Clymer said Hodinkee is set to sell twice as many watches in 2020 than the previous year, and that sales of new authorised watch sales drive the majority of the company’s revenue. (Vintage watch sales represent only a few million dollars in revenue each year.)

“We want Hodinkee to become really a complete universe for watch enthusiasts,” said Bateman in an interview with BoF.

We want Hodinkee to become really a complete universe for watch enthusiasts.

With the new funding, Hodinkee plans to expand its existing business lines, producing more editorial content, offer a wider assortment of new and vintage watches and launch new services like the insurance program.

While the goal is to reach more consumers, the company will remain focused on passionate watch enthusiasts. Hodinkee does not plan to expand into categories beyond watches and its associated products (the site also sells cameras and watch accessories).

“I’m not coming into this business to just crack the whip on the shop side and say ‘sales, sales, sales,’” said Bateman. “I’m going to be encouraging them to actually continue more steadfastly down the path of producing content that has integrity and is honest, and really gives an insight into the topics it is discussing.”

“I think the idea of shopping with similar subject matter experts is the future,” said Clymer.

“It’s also about the community and the engagement of that community,” added Bateman. “And that is something that Hodinkee has in spades.”

The Luxury Watch Business Is in Trouble. Top Makers Have Some Solutions.

The Future of Watches