MONTREAL, Canada — “Can a fashion product last 20 years — not just last, but can it age and become more beautiful after you use it than before?” This, according to 66-year-old founder Frédéric Mamarbachi, is the central question that animates Montreal-based leather goods company m0851, which, over the last 30 years, has quietly become a thriving business worth over $25 million.

“It’s been fun,” says Mamarbachi. “In these 30 years we didn’t have any slow period. We grew slowly, to my taste — I didn’t want it to grow too quickly. We did it without knowing. It’s not really administrated as a business to grow big and fast, mostly it’s for me to have satisfaction in what I do.” Mamarbachi has been in the industry nearly 45 years. He got his start in manufacturing and wholesale; when he was 22 he designed three bags “just for the fun of it” and asked his uncle, also in the business, to show them to one of the biggest store chains in Montreal. They placed an order worth $85,000. “This was huge, this was the start of everything,” he says. His business, named Frédéric M., grew steadily and within 10 years Mamarbachi had offices in New York and Los Angeles, as well as Montreal. But he decided to switch gears. “I wanted to be less commercial and more free,” he says. So, in 1987, he launched Rugby North America, the company that would eventually be renamed to m0851, with 12 styles. “Before, I was following buyers,” he says. “With Rugby North America, I was choosing my clients. I would refuse nine clients out of 10, which is very different.” 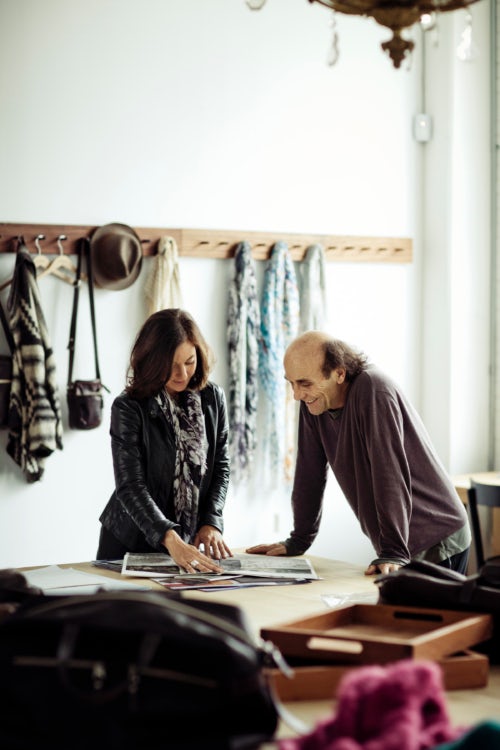 “The idea behind it,” he continues, “was to be free in our own design, just do our own identity. This was really to please myself, even if it went against mainstream.” The first year of business was “really strong,” says Mamarbachi. Two years after launching, the company expanded into the US. Bloomingdale’s was the firm’s first American retailer, followed in quick succession by Bergdorf Goodman and Saks Fifth Avenue. In 1992, the brand began opening up its own concept stores, slowly withdrawing from its retailers in order to be, as Mamarbachi puts it, “even more free.” When it became clear the Rugby North America name would present trademark challenges in many countries, Mamarbachi rebranded under the m0851 name. The company now has 22 retail stores, including flagships in China, Japan and Europe.

Freedom, flexibility and gut instinct were the key forces behind m0851’s rise. While many brands struggled to keep up with a changing fashion climate by chasing the increasingly fickle tastes of consumers, m0851 found success simply by staying the course and doing its own thing. Despite its global imprint, the company is still headquartered in Montreal, where 90 percent of its product line is produced. “We do the opposite of everyone else, we produce everything in Canada, and then we ship to Beijing to our corporate store there,” says Mamarbachi. When asked why it is important to him to keep production close to home, Mamarbachi offers an analogy: “If we produce somewhere else… it’s like a chef that doesn’t make his own food.” Besides, he says, it’s more fun for him. “I prefer to be in the kitchen, making the food.” Mamarbachi still personally designs and oversees the creation of each style, all of which happens in one place at the company’s Montreal headquarters, which are outfitted with corporate offices as well as a leather workshop and factory. “It’s not a job, it’s what nourishes me mainly,” he says. “Coming up with ideas, designing them and putting them on the market… Even if I didn’t have a company, this is what I would be doing.”

If we produce somewhere else, it’s like a chef that doesn’t make his own food. I prefer to be in the kitchen, making the food.

But producing out of the head office has some very real business advantages as well. “We can do any quantity we want,” he says. “Volume is very important. If we had to produce the volume that China requires, my cost would be the same. Here, we can do a small quantity and do it in three weeks. If we see a problem, we can fix it very fast.” Mamarbachi says that, on average, products get put into production eight weeks after initial ideation. The Canadian government has responded to the company’s decision to produce in the country in kind, providing financial and administrative support to help with expansion overseas and online. 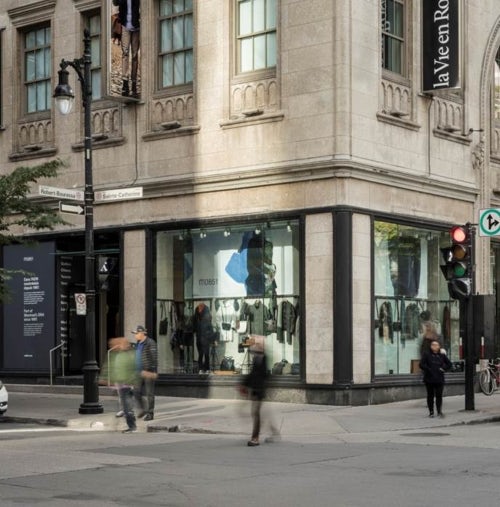 But for Mamarbachi, it doesn’t end with product; good design and quality manufacturing is only half the battle. The essence of what he’s trying to do can be boiled down to a mission statement he’s fond of repeating: “Entertain the consumer.”

“We’re not merchants anymore, we’re in the entertainment business,” he says. “People don’t need a $600 travel bag. They buy it to feel good. We as merchants need to find a way to make people happy to buy something. This is what we call entertainment.” Entertainment means providing, in addition to quality design, a unique shopping experience — online and in brick-and-mortar — in a desirable setting with excellent service. “We used to call them staff, now we call them stars,” says Mamarbachi. “If you don’t have stars in the store, don’t do retail. If the music you play in your store is boring, don’t do retail.” To that end, Mamarbachi, alongside his daughter Faye, personally touches all parts of the business — not just product. “We design all our stores in house,” he says. “We don’t hire an architect. We choose the music that plays. Faye does all our catalogues. Everything is in house. That’s in order to keep one flavour, one identity.” Faye also oversees the e-commerce business, which has grown by 120 percent over the last year.

“Go slowly, that’s a bit of a secret,” says Faye, when asked about the brand’s growth online. “If you grow too quickly you can end up really hurting yourself as a label, in terms of reputation. Be true to your label, if you do have a story to tell, be true to that story. Know the people you’re working with, be close to that team, whether it’s the photographer or the graphic designer.”

That commitment to detail and responsible growth is part of the reason why the brand has managed to not just stay in business but thrive over the course of 30 years. But though m0851will pass this major milestone this summer, to hear Mamarbachi tell it, the company’s biggest chapter is yet to come. 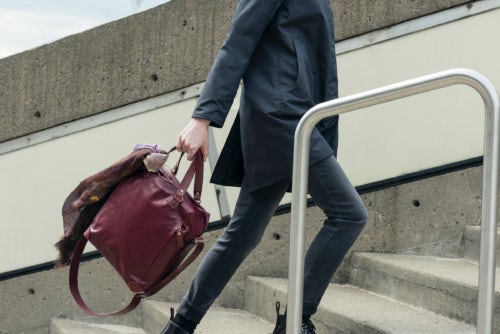 “We are now in much faster growth than ever before, because we feel the market is lost, it’s a mess,” says Mamarbachi. “I usually take advantage of situations like that to grow. So we will take advantage to open much more stores.” Five stores are set to open in the next six months and Mamarbachi says the plan is to double the size of the business in the next three years, fuelled by the new stores, a more robust online presence and more frequent product drops. “We’re launching every two months a new idea,” says Mamarbachi. “It’s not seasonal anymore, it’s much more often.” For the first time, the company has brought on professional support to handle the administrative side of the business to free up Mamarbachi’s time so he can focus on creating new product, including expansion into new categories. “We’re launching slowly, more home accessories — blankets, couches and chairs, this will probably be within the next six months,” he says. And after seeing reactions to the suites they set up above its store in Antwerp, the company is now considering dipping its toes into hospitality. “A small hotel,” says Mamarbachi. “The first would be in Montreal. We have a lot of movies being filmed here, and there’s a big need for two, three weeks stay in an apartment — why not a designer apartment, furnished with m0851? Maybe New York will follow. It’s a very fun project — that’s our marketing tool, it’s about being in the heart of the public in much more than one way.”

Yet it is imperative to Mamarbachi — and the health of the brand — that the company remain true to its core ethos and sensibilities, no matter who it partners with. Looking back on his trajectory, Mamarbachi offers a few words of advice: “Don’t follow. Really. Just do. Do it with the best good feeling possible. It’s not about big business, it’s about doing it your way with your guts.”