LONDON, United Kingdom — When Swedish blogger Elin Kling founded her clothing line Totême in 2014, she did something that seemed crazy to some of her peers.

After amassing over a million followers with her minimalist Scandi style and becoming the first blogger to launch a collaboration with H&M, she closed down her blog and lay low on social media for a spell.

“We could have started it with me showing off looks all the time [on my own social channels]. We know how to make shortcuts to generate sales, but in the long-run that’s not what we believe in,” says Kling. “It was very important that I could prove Totême was a brand [in and of] itself.”

Unlike many influencers who launch fashion brands, Kling didn’t want it to be synonymous with her. It may seem like a counterintuitive approach, but she had a hunch that any gains made by leveraging her own image would be short-term and come at a price too high for her fledgling business.

“Even though I’m Totême’s biggest supporter and ambassador, when I shop, I shop product-first, so I felt I had to prove that the product can live by itself,” Kling says.

Kling is not the only influencer taking a different pathway to success.  What often springs to mind are the tried and tested formulas used by Arielle Charnas to create Something Navy, Aimee Song’s collection for Revolve or Chriselle Lim’s namesake Nordstrom line.  But influencers like Kling are now bypassing traditional branding strategies, a decision that hasn’t stopped her from selling at some of the world’s leading retailers. 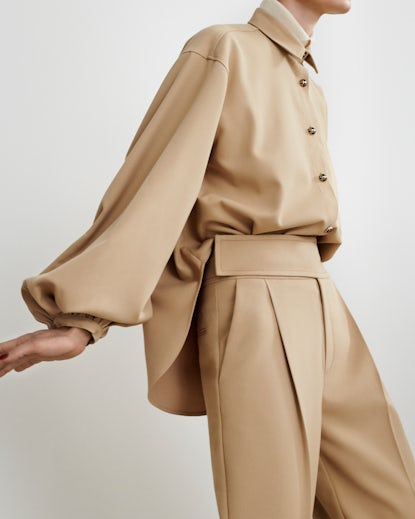 Indeed, despite the deliberate disconnect with its bankable founder — or perhaps because of it — Totême has amassed wholesale stockists that include Net-a-Porter and Browns Fashion. According to Kling, next year’s revenues are projected to reach €21 million ($23.7 million), with a 23 percent EBITDA of €4.8 million ($6.07 million), margins many businesses aspire to.

Over the years, Totême has made the occasional appearance on Kling’s social media feed, but it is not blatantly associated with her in the way that most influencer brands are. By contrast, Chiara Ferragni’s namesake label features images of the Italian influencer wearing a t-shirt from her collection emblazoned with her own face using the hashtag #CFWorldTour.

Like Kling, influencers Ada Kokosar of Midnight 00 and Giorgia Tordini and Gilda Ambrosio of The Attico, founded their fashion labels after amassing legions of Instagram followers.  Yet none of their labels carry their names, and their ad campaigns and e-commerce sites rarely feature the founders.

All three fashion brands have built distinct brand identities, highly engaged customer “armies” and high growth rates thanks to appropriate pricing and consistent design without leaning too much on the personal brands of their founders.

That is not to say that Giorgia Tordini and Gilda Ambrosio exactly played their social media presence down. “When we posted our first picture saying ‘Attico’ — just the brand name, not even the product — we were immediately contacted by Net-a-Porter,” says Tordini, one of the two ‘It’-girls-turned-founders of The Attico.

Launched initially as a line of peignoir-inspired robes, Tordini and Ambrosio were frequently shot by street-style photographers in them prior to the label’s launch.

We know how to make shortcuts to generate sales, but in the long-run that’s not what we believe in.

“It helped us launch, but it’s a marketing tool like anything else, and can only go so far,” says Tordini. “It gets you to a point where people are interested but you then need to keep up credibility.” The challenge today is engaging customers in new ways — through brand collaborations and retailer exclusives.

Take the stylist Ada Kokosar, who was approached by Cesare Paciotti Chief Executive Marco Calcinaro to help revamp the label when he saw a customised shoe she had created for street-luxe label Public School. They launched a collaboration, which she dreamt up based on the most iconic shoe, the Cinderella pump. Little did they know that Kokosar’s PVC-wrapped duchesse satin and bright-hued pumps would go viral.

“Before even sitting down to talk over marketing strategy, I posted a single photo of the shoe on my account,” Kokosar said. “It blew up and was re-posted 10,000 times. It validated my purpose, which was to be original.”

She continued the fairytale-like aesthetic once she decided to make it into an actual brand — she owns 60 percent of Midnight 00 today, and it made $1 million in its initial Spring/Summer 2019 season. Despite having done little traditional marketing, requests flowed from celebrities including Nicki Minaj and Katy Perry.

Instead of sponsored posts or e-commerce banners, Midnight 00’s social media account serves as a moodboard and never features Kokosar — who herself was ashamed of being photographed by street-style photographers until realising she could use it to her advantage. In fact, it rarely includes the dozens of influencers who wear her shoes. Instead, there’s artful product imagery and non-footwear related imagery to fill the brand’s “world.” 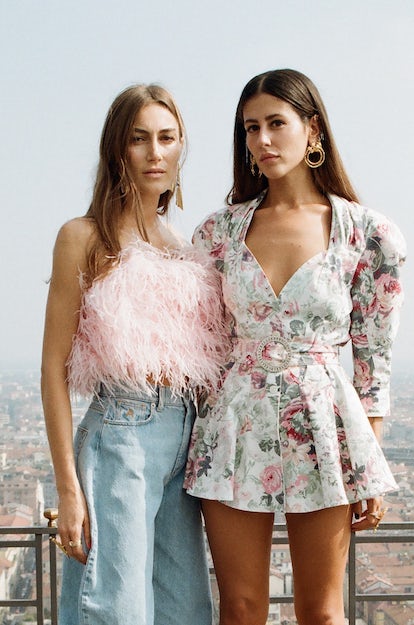 “We’ve never paid anyone to wear Toteme,” says Kling, adding that they tend to get the best outcome via micro-influencers who act as brand ambassadors, rather than blindly gifting mega-influencers in the hopes they’ll wear the piece and tag it.

While their approach is more discreet than most, influencers like Tordini believe that the marketing mix can — and sometimes should — include the brand founder. “People [still] want to feel connected to us,” she says. “Sometimes the audience prefers when Gilda and I wear the brand, so they can see how we style and interpret them. It’s a way to create proximity with the brand.”

A brand marketing campaign on Net-a-Porter or MatchesFashion might include the two founders dressed in head-to-toe The Attico, but adding their different styling to the pieces, Tordini’s more minimal and Ambrosio in the most eclectic vibe, offers a broader palette.

Ultimately, the right business approach will depend on an influencer’s circumstances and objectives. Influencers who dream of converting every follower into a consumer could face more risk than they imagined.  By not diversifying into a new consumer cohort for a fashion line, they put all of their eggs in just one basket: the enduring appeal of their personal brand.

However, spreading the risk between the community of their personal brand and new consumers of their fashion brand means that they have effectively created two connected but separate businesses to run.

Both routes can lead to success. It just depends what the influencer wants to build along the way

Midnight 00 Is the Antidote to the Sneaker Hype Gripping Footwear