PARIS, France — “The number one priority is, of course, to bring back the creativity,” said newly appointed Lanvin chief executive Jean-Philippe Hecquet, adding that the company is “looking at a lot of talent” and hopes to have a head designer hired by the end of the year.

Hecquet, who begins his new role on Tuesday, is the first significant hire at Lanvin since Chinese conglomerate Fosun acquired the troubled French luxury house in February 2018 from Taiwanese businesswoman Shaw-Lan Wang, who retained a 20-percent ownership stake in the company. Fosun outbid Mayhoola For Investments but has no experience managing a luxury brand like Lanvin.

The label's newly installed chief was most recently global CEO at accessible fashion brand Sandro, but has previous experience in luxury. He said he plans to maintain Lanvin’s high-end positioning and emphasize its history as France’s oldest continuously running fashion house. 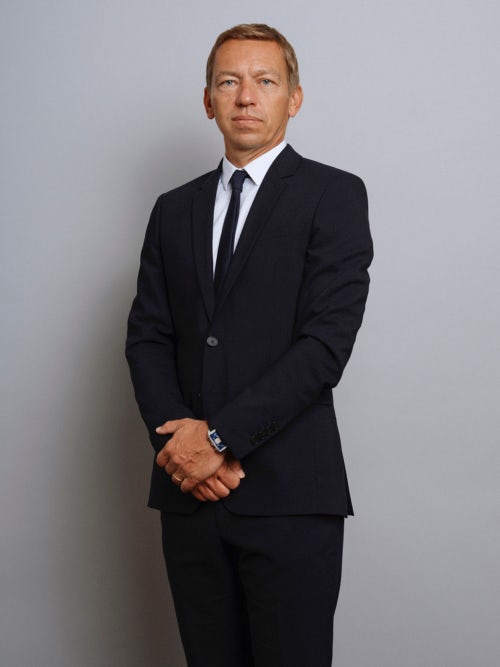 Hecquet spent 14 years at Louis Vuitton in senior operational roles before moving to Tag Heuer in 2012. “I’ve been through the LVMH school, so I think the role between the CEO and the artistic director is very key,” he said, describing the partnership as a shared vision.

Olivier Lapidus, the most recent artistic director of womenswear and a friend of Wang, exited in March after his plans to turn Lanvin into “a French Michael Kors” failed to win over critics or customers, and the brand is currently without a women’s designer. Lucas Ossendrijver, who has designed the men’s collection since 2005, is set to remain with the company.

Hecquet faces the sizable challenge of returning Lanvin to profitability and growth, shaking off the downward spiral that gripped the house after long-time designer Alber Elbaz was pushed out by Wang in 2015. “Our goal, a year from now, is to be part of the leading pack of luxury brands, that is where we are going to play,” said Hecquet.

Revenues are sharply down from the label’s peak in 2012, when the business generated revenues of €235 million. The label became unprofitable for the first time in a decade in 2016 when it lost €18.3 million. In 2017, losses are said to have increased to €27 million. Enter Fosun, which plans to invest at least €100 million in Lanvin to get it back on track.

“The life at Lanvin was not easy over the last year,” acknowledged Hecquet. “My role and the role of the executive committee will really be to bring back the confidence, to bring back the positive vibes.” He joined the brand not only because he sees its potential, but also because he felt Fosun trusted his vision and would be patient. “It’s also about making sure that you have investors behind you that are going to trust and invest and be patient — and I really felt that.”

The trust seems to be mutual. “Where other candidates might have had equally strong track records, JP stood out as an intellectual thinker who was big on execution,” said Joann Cheng, formerly Fosun International’s vice chief financial officer and Fosun Fashion Group’s executive president. The acting chief executive of Lanvin until Hecquet’s appointment, she is now the chairwoman of Fosun Fashion Group and of Lanvin.

As for Lanvin’s future womenswear designer, Hecquet said he is looking for someone who understands the DNA of the brand and its storied past, but who can also present a vision for the future. “We are not looking for edge,” he made clear. “We are looking more at the talent itself and the potential of the talent to really understand the brand.”

The designer will focus on the core ready-to-wear business but will also need to be skilled in accessories, an essential growth lever that Lanvin has so far failed to develop. “It has never been that strong for Lanvin,” said Hecquet. “Diversification and extension are very necessary.”

It’s never easy to bring back to life a luxury brand. I don’t take it as an easy project.

But Lanvin’s stunted revenues may impact how much it can pay for a top designer, cautioned Mario Ortelli, managing partner of luxury advisors Ortelli & Co. “It’s potentially an appealing place to work provided that the CEO and the ownership assure the designer the investment and the creative autonomy that he or she wants,” he added. “Fosun has the resources to invest in the relaunch of this house — we will see the next steps.”

Hecquet also plans to take better control of the brand’s image. There are “too many differences and too many levels,” he said, referring to the label’s mix of store concepts, wholesale partnerships and advertising campaigns. Europe, the United States and China will be the focus. “We are looking at very ‘A’ locations in the key fashion cities of those markets,” he added, implying that the brand may rethink some of its store locations and wholesale accounts.

Lanvin is currently renegotiating its license with distributor Itochu in Japan, revealed Hecquet. The brand also has a lucrative beauty partnership with Interparfums that will continue.

Digital will also be a large area of focus said Hecquet, adding: “Content creation is very important, and I think is where we should invest. We need to be very agile and very pragmatic.” The executive is also considering a faster product release cycle. But all in good time.

First, he needs to find a designer. The label is said to have held talks with designers including Haider Ackermann and Simon Porte Jacquemus, but a selection has yet to be made.

“Clearly our objective and our goals are very ambitious, and the road may be a bit bumpy,” he said. “It’s never easy to bring back to life a luxury brand… I don’t take it as an easy project.”