Despite most luxury companies reporting sales growth in the latest round of results, investors’ appetite has cooled, in part due to high valuations.

LONDON, United Kingdom — LVMH reported the highest first-half sales in its history, driven by solid performances at Dior and Vuitton as well as strong demand from China. Market commentators hailing Dior as the next Gucci helped the group’s market valuation edge closer to €200 billion (about $ 224 billion). Burberry was also lauded upon reports of Riccardo Tisci’s designs flying off the shelves, appealing in particular to a younger customer base.

Ironically, all this talk of the next Gucci coincided with Kering reporting a slowdown in growth for its star brand in its latest quarterly results, mainly as a result of a weaker-than-expected performance in the United States. Gucci’s explosive growth over the past few years has set the bar high in terms of investors’ expectations, perhaps unrealistically so.

Strong demand in China also underpinned sales growth at Hermès, Richemont, Swatch and Moncler, putting fears of any potential fall out of the China-US trade war — which has plagued the industry for a year — temporarily on hold. In the case of both Richemont and Swatch, any weakness in Hong Kong resulting from the continuing mass protests was offset by demand in mainland China.

The prize for the most-talked-about deal this month must go to Stella McCartney, in which LVMH took a minority stake. Having split up with Kering just over a year ago, Stella’s move raised a few eyebrows in Paris.

Roberto Cavalli, which had filed for bankruptcy protection in April this year, was acquired in an auction process by Damac Properties Co. Llc, a UAE real estate company.

Overall sentiment towards luxury goods has cooled this month, with investors putting the current round of results into the context of high valuation multiples. As a result, the Savigny Luxury Index (SLI) ended the month where it started, while the MSCI gained over 2 percent. 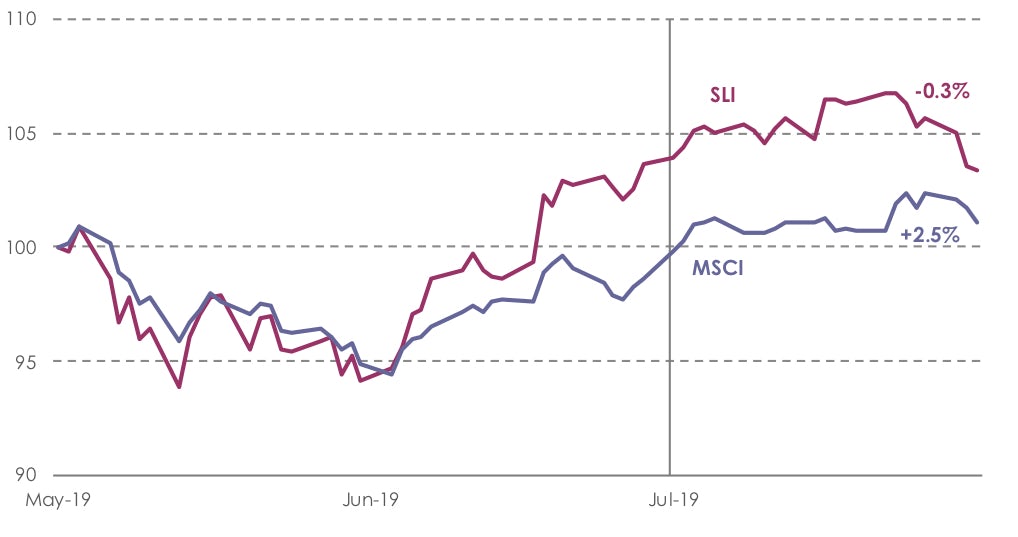 The situation in Hong Kong is worrying. What was supposed to be a protest against an extradition agreement with mainland China has now morphed into the seedlings of a revolution against Chinese control, notably with calls for the current Chief Executive Carrie Lam to resign. Most vulnerable to disruption in this key luxury goods market are the watchmakers; Hong Kong has already lost its place as the largest market for luxury watches to the US. Both Richemont and Swatch have been saved by stronger demand in mainland China, while the former has also benefitted from the strong performance of its jewellery brands. Nevertheless, history has shown that continued unrest may take a heavy toll on the luxury sector. 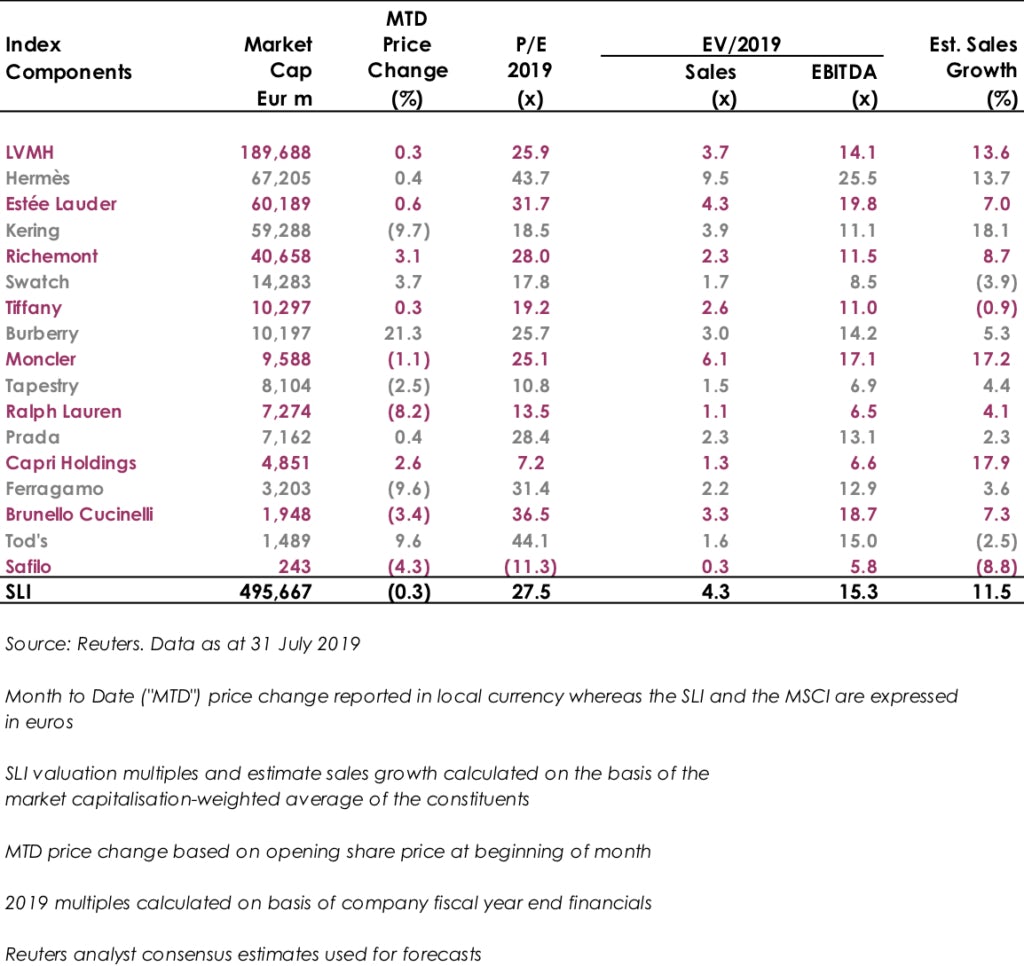