Since 1984, when Bernard Arnault took control of Boussac Saint-Frères, a troubled textile company that owned Christian Dior, the French tycoon has had a particularly strong attachment to the storied couture house, which became the cornerstone of the LVMH empire.

At the time of the acquisition, Dior had a prestigious history stretching back to post-war Paris, but its brand was diluted by scores of licensing agreements. Arnault set about reasserting the label’s core luxury positioning and slashing its licenses, a costly but ultimately visionary move. He put Dior on a pedestal, then aimed to develop a business that actually matched its premium image.

But while Dior is frequently called the “jewel in the crown” of the LVMH group, the reality has yet to fully live up to this appellation. Dior has never truly rivalled the conglomerate's cash cow, Louis Vuitton. In 2017, Vuitton alone drove approximately 22.5 percent of the group’s overall revenue, or about €9.6 billion, according to estimates by Bernstein. Dior by contrast accounted for only 5.2 percent of group sales, or about €2.2 billion.

But a revolution is brewing.

In April 2017, LVMH took control of Christian Dior Couture in a $13 billion deal, simplifying a complex ownership structure whereby Dior was previously the parent company of the group. The move also enabled better coordination between Parfums Christian Dior, which was already owned by LVMH, and Dior’s haute couture, leather goods, shoes, and men’s and women’s ready-to-wear businesses, which were run completely separately.

Equally important was the recent departure of veteran chief executive Sidney Toledano (now chairman of the LVMH Fashion Group, which houses the conglomerate’s smaller fashion labels like Céline and Givenchy) and the arrival of Pietro Beccari, former chief executive of Fendi, who is expected to bring to Dior a more modern, open and digitally savvy style of management. According to Arnault, Beccari’s appointment “signals a new era” at the brand.

Surely there is more change to come.

Since taking the reins in July 2016, women’s artistic director Maria Grazia Chiuri has brought an activism-tinged, millennial-friendly approach to Dior. While the designer’s work has been met with tepid reviews from some of fashion's top critics, sales are up since she joined the house. Top-selling products are said to include the brand’s classic Lady Dior bag, but also new cult accessories designed by Chiuri, including her logo-ribboned slingback heels and metal logo bags. Certainly, Chiuri’s background in accessories — the real revenue generator for most luxury fashion brands — has helped.

And yet, the sales momentum has not been enough to mask a deeper disconnect between Chiuri’s work and the legacy of Dior. Indeed, Chiuri is the latest in a string of names that have stepped into the breach following the abrupt departure of John Galliano, who first made Dior a mega-brand during his time as artistic director from 1996 to 2011. After his exit, the brand was led by Galliano's former right-hand Bill Gaytten before Raf Simons took over in April 2012, bringing a modern edge to Dior's historical house codes. After Simon's departure in 2015, Dior studio heads Lucie Meier and Serge Ruffieux took the reins. Now, Dior is under the creative direction of Chiuri, who has taken the brand in yet another direction. Compare the rate of creative change at Dior over the last seven years to its arch-rival Chanel, which has been under the sole direction of Karl Lagerfeld since 1982.

On the men's side of Dior, the second coming of Céline — this time under Hedi Slimane, who is back in the LVMH fold after many years and plans to launch Céline menswear, as well as couture and fragrance — may well pose a threat to Kris Van Assche’s Dior Homme as the two designers share a similar aesthetic language (Van Assche was an assistant to Slimane at Yves Saint Laurent and then Dior Homme).

Perhaps one of the key goals of Dior's revolution should be a more unified brand — with men’s and women’s, Christian Dior Couture and Parfums Christian Dior fully integrated under one creative director. One Dior.

At the Paris shows that closed this week, whispers in the front-row suggested that former Louis Vuitton men’s designer Kim Jones, who worked on the brand’s blockbuster collaboration with Supreme, might take the reins at Dior, starting on the men’s side of the business, replacing Van Assche, then absorbing women’s when Chiuri’s contract expires, unifying both collections under a single creative vision and taking a step towards One Dior.

It’s a neat idea, but there are several complications. For a start, unifying Dior’s wholesale-driven fragrance business with its more fully controlled couture business under one roof is easier said than done. Then, there’s the question of the creative director. Despite the speculation, there are few designers who could credibly oversee the full scope of a complex, multi-billion-dollar brand like Dior, with its strong legacy in couture.

For the moment, it seems tighter coordination across divisions is more likely than “One Dior.” But one day the revolution could come. 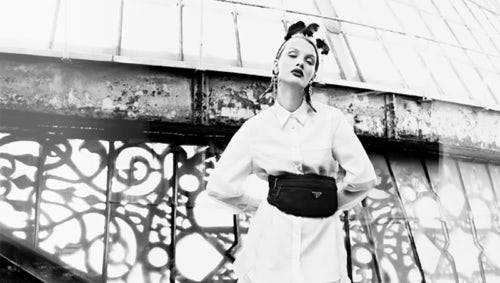 Prada's profits and revenue falls. 2017 net revenues were down 3.8 percent to €3.01 billion and core profits fell 7.3 percent to €588 million. Despite the declines, chief executive Patrizio Bertelli said he was satisfied with the progress made in 2017 and expressed confidence the brand would return to grow this year, as it strives to boost store sales while also investing in its online platform.

Hugo Boss expects sales uplift in 2018. The German fashion house expects sales growth to accelerate as it adds more sportswear and casual styles, but is more cautious on profit as it keeps up investment in revamping stores and its website. Since the departure of Claus-Dietrich Lahrs as CEO in 2016 after a string of profit warnings, new chief Mark Langer has sought to return Hugo Boss to its roots, moving away from Lahrs' push into luxury and the women's market.

Target’s turnaround plan takes a toll on profit. The retailer posted fourth-quarter earnings that fell short of analysts’ estimates, as it is spending more to deliver online orders — part of its push to catch up in e-commerce. The results threatens to renew the debate over whether a $7 billion turnaround plan by chief executive Brian Cornell is coming at too high a price. Shares fell as much as 4.7 percent to $71.60 after the earnings report was released.

Chinese owner plans to sell House of Fraser stake. Nanjing Xinjiekou plans to sell its 51 percent stake in the troubled British department-store chain to Wuji Wenhua, a tourism development company. The news comes as the UK’s department stores have struggled amid the rise of online shopping and a surge in sourcing costs driven by the pound’s 7 percent fall against the dollar and 14 percent decline against the euro since the Brexit vote.

New Look proposes to shut 60 stores, with 980 jobs at risk. The British fashion chain sought approval from its creditors to close stores after performing poorly and finding it difficult to repay its debt. The company said it had identified 60 out of its total 593 stores in Britain for potential closure, as well as a further six sites which are sub-let to third parties. 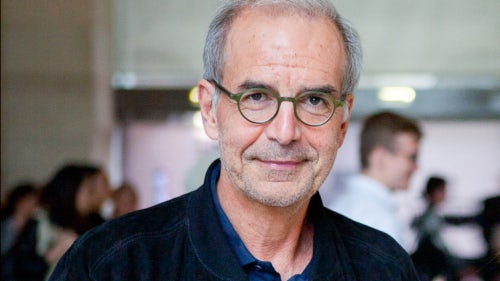 Jun Takahashi to quit women's shows. The designer of Undercover is putting greater emphasis on his menswear instead and will begin showing his men's collection on the runway in Paris, starting this June with the Spring/Summer 2019 season. Takahashi has previously staged runway shows for his womenswear, while presenting his menswear via a look book.

Glossier mines Condé Nast to fill creative director role. Marie Suter, currently the creative director for W, Teen Vogue, Allure and Them, is resigning from Condé Nast and heading to Glossier. At the direct-to-consumer beauty brand, Suter will oversee the campaigns, packaging and creative functions of the skincare and cosmetics business.

Barbie releases 14 new dolls for International Women's Day. A Barbie doll in the likeness of British Olympic boxing champion Nicola Adams has been unveiled. It is among 14 new Barbies honouring accomplished women around the world. The launch by Mattel comes after the toymaker has, in the past, drawn criticism for promoting harmful stereotypes with its dolls.

Yoox Net-A-Porter on track to meet five-year plan target. Core profit margins are forecast to rise by 30 to 70 basis points in 2018, with the online luxury retailer boosted by mobile sales and those in the Middle East. The group said that full-year adjusted earnings before interest, taxes, depreciation and amortisation (EBITDA) were 169.2 million euros last year, with an EBITDA margin of 8.1 percent. For the first year, sales by customers shopping with their phone were just above 50 percent of sales.

Nordstrom acquires two digital retail start-ups. The department-store chain is hoping that the acquisition of BevyUp, which allows shoppers to share information and browse items together online, and MessageYes, which lets brands text their customers, will help it keep pace with retail rivals. The financial terms of the two deals weren't disclosed.

Voice shopping sales could reach $40 billion by 2022. The growing popularity of smart speakers like Amazon Echo and Google Home will lead to an explosion in voice-based shopping, according to a report from OC&C Strategy Consultants. The firm is bullishly predicting that voice shopping will grow to more than $40 billion in 2022, up from $2 billion across the US and UK in 2017.