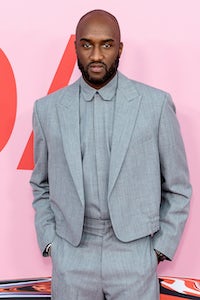 NEW YORK, United States — For a time, Virgil Abloh seemed like the busiest man in fashion.

Between his Off-White brand, his duties as artistic director of Louis Vuitton menswear, DJing gigs, a steady stream of collaborations with the likes of Nike, Evian, Rimowa and even Ikea, and one-off projects — Hailey Bieber’s wedding gown, Serena Williams’ tennis US Open looks — his working pace was relentless, culminating in a three-month hiatus from the industry at the end of last year, on the recommendation of his doctor.

Now he’s back to work, picking up right where he left off. Today he debuted yet another tie-up, this time a jewellery collab with Jacob & Co., hot on the heels of Paris Fashion Week, and days after new images of his LV² collaboration with Japanese fashion designer Nigo dropped. 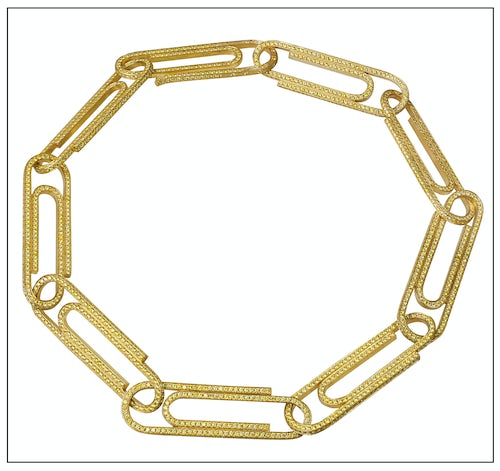 Abloh is hardly the only multitasker in fashion. Today, many fashion designers juggle multiple hats. Jonathan Anderson, for example, splits his time between his own brand, LVMH-owned Loewe, an ongoing partnership with Uniqlo, and now Moncler Genius. At a recent press conference during Milan Fashion Week, Raf Simons spoke candidly about how the business demands of the industry today are putting creativity at risk.

Abloh, however, said he doesn’t see a wider industry need to slow down anytime soon.

“I’m the type where I don’t think the industry is too fast. Of course there are signs of that, but I just think if culture is moving this fast, this is how fast design needs to move,” he told BoF. “Instagram scrolls really fast, it needs content. I’ve always said Instagram is like the miles-per-hour of culture.”

This year, it's clear Abloh has no plans to dial back on his creative output. His latest tie-up with Jacob & Co, the luxury jeweller well known for its popularity among hip hop artists in the ‘90s and early naughts, is a paperclip-inspired fine jewellery collection. Dubbed “Office Supplies,” the collaboration builds on Abloh’s “Recycled Jumbo Paper Clips,” a project he first debuted last January on Instagram.

This new “Office Supplies” collection is made-to-order, and will only be available through a paper application process, where Abloh and Jacob & Co founder Jacob Arabo will personally review each request. Prices for the collection, which includes a money clip, bracelet, earrings and a necklace, each bejewelled with pavé diamonds, range from $3,000 to $72,000.

“I’m sort of jumping off the timeline of the modern Instagram pace of commerce to make decisions about an idea,” Abloh said. “The idea is that these pieces end up in collections of people that understand and appreciate the design, not simply just making another purchase.”

Today, fashion collaborations are seemingly more commonplace than ever before. But for Abloh, creative partnerships are part and parcel of his role as a designer.

“I don’t look at collaborations as a marketing exercise,” he said. “I look at it as a way to make new product that wouldn't exist if two people didn’t have a conversation.”

Taking a break from fashion, something Abloh abruptly announced in September just weeks before his latest Off-White collection was due to show during Paris Fashion Week, has allowed him to be more thoughtful about the projects that he does pursue.

“That’s been the number one effect,” he said. “Obviously I’ve had to find a way to work more efficient, not work a million miles an hour. But I can tell you one thing, I don’t have a slower pace by proxy of just being more comfortable. I’m trying to think deeper and more impactful to keep my same workflow.”