MILAN, Italy — At the Camera Nazionale della Moda Italiana’s ‘Crafting the Future of Fashion’ summit on Tuesday in Milan, in partnership with BoF, leaders from the Italian fashion industry debated the challenges facing their sector — from changes to the fashion calendar, to sustainability and how to interact with a new generation of young, multicultural luxury consumers.

By 2025, generations X, Y and Z will control 85 percent of luxury spending; Asian consumers will make up over 50 percent of luxury consumers; and 20 percent of the global population will travel. The luxury industry, D’Arpizio said, must shed its monocultural past to keep up with this younger, better-educated, more mobile consumer base for whom, “the concept of having to wait for something, of scarcity, has not disappeared, but has taken up a different meaning and needs to be explained.”

D’Arpizio also acknowledged the slowdown in the overall industry, noting that huge growth in China “somehow doped the market” and brands need to look to other areas of growth, such as e-commerce, which is the only channel growing double digits in the sector currently. “I think the so-called luxury equation is undergoing a crisis,” she cautioned, pointing to consumers’ increased appetite for discounts.

“Everybody is saying the market is in crisis,” Bertelli said. “People use this as an alibi. The big mistake is not that the market is wrong, it’s that we made mistakes before… We flooded the market with too many products and that created parallel trade. We have to be brave here, stop for a second, think about it, change our business models, change our industrial models.”

“Most global growth in the quality world came from China for sure, and this is slowing down today,” added Sassi. “Was it too much? Was it overexpansion? I don’t think so. I think fashion still has a very important role in defining trends… But we need to anticipate the market and not just accompany it.”

Renzo Rosso warned that Chinese consumers are becoming educated very quickly — and, as a result, looking beyond the luxury behemoths. “The more they become educated…the more you have consumers that tend to be pretty divided. They are no longer confined to a few brands, they start talking to many brands.” 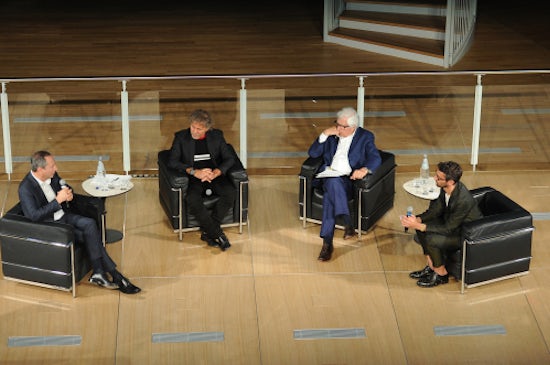 The executives did not endorse the idea of a common directive on how Italian brands should respond to recent upheaval in the fashion system — such as Italian behemoth Gucci’s decision to combine its men’s and women’s shows. “We need to recognise the right of each brand to move autonomously,” said Sassi, who acknowledged that Valentino shows in Paris for reasons to do with “brand DNA.”

“Each brand, each business must decide its own strategy,” agreed Renzo Rosso, whose OTB Group includes Diesel, Maison Margiela and Marni. While combining men’s and women’s shows would save costs, in practice it would be “very difficult” to do, he said, because “the whole system would have to be rebuilt, now buyers are used to this situation.”

Bertelli said he had suggested moving Prada’s women’s shows to July, following the men’s shows in June, and pointed out that Prada has shown menswear and womenswear together for over three years — but this approach wouldn’t work for all brands. “If Valentino had men with women, probably it’d make a mistake,” he said.

However, the mood was buoyant amid a sense that Milan has reasserted its position on the global fashion stage. Renzo Rosso made the case that Italy’s fashion industry must forge its own path, rather than follow the lead of New York, London or Paris. “We need to work as a network,” he said. “We Italians should take up the initiative, without caring about the others, to find our system.”

Carlo Capasa, president of the Camera Nazionale della Moda Italiana, also spoke of the industry’s renewed interest in Milan, noting that the men’s week just gone attracted 20 percent more foreign press and 23 percent more foreign customers than the season before. “Milan breathes a new and fresh air… We are going back to coolness,” he said.

The support in place for Italy’s next generation of luxury leaders emerged as a key concern, with Bertelli calling out Italian Prime Minister Matteo Renzi’s ‘Made in Italy’ initiative for failing to drive more momentum. “The big problem in Italian fashion is that there are no entrepreneurs,” he said. “We need people putting in the willingness, the desire, the enthusiasm to start new enterprises. We don’t have them now.” 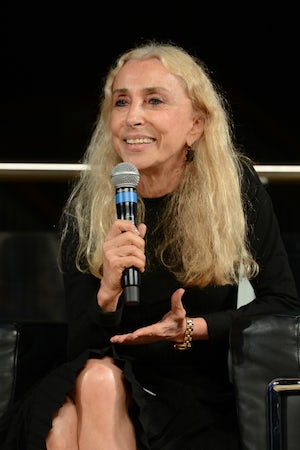 While America has excelled at marketing and France at manufacturing, “We lost creativity in Italy because people started looking at business models that do not match the origins of Italian fashion,” he added, cautioning that expertise in craftsmanship and design must remain the “spirit” of the industry, but preserving traditional businesses should not be at the expense of growth. “Small is not beautiful, small is useless,” he said.

Franca Sozzani, editor-in-chief of Vogue Italia, also shone the spotlight on the next generation. “It isn’t difficult to find young talent, it’s difficult to invest in them,” she said. “Nobody wants to invest in young people…because they’re afraid.”

Sozzani criticised the industry’s tendency to revere young designers when they join a group — at which point the pressure to create commercial product can jeopardise their creativity — or give designers overblown media attention but little business support. “What I am worried about now is that everybody is looking for young talents and they get burnt out,” she said.

Speaking Up on Sustainability

Livia Firth, founder and creative director of sustainable brand consultancy Eco Age and the recipient of the UN’s fashion for development award, spoke passionately about sustainability, an issue she said many of the business leaders in the room had not done enough to address.

Since the Rana Plaza disaster in 2013, “the fashion industry has not changed,” she said. “Whether we like it or not, fast fashion brands have defined the agenda for everyone in this room.” The Italian industry, she said, has been attacked by low-cost low-quality imports, as well as the Prato region’s Chinese-managed factories. “We need to differentiate the Italian brand in the global market through sustainable values,” she said. 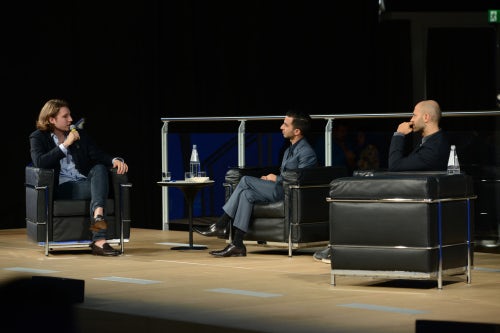 Stefano Rosso and Edoardo Zegna, sons of Renzo Rosso and Ermenegildo Zegna, respectively, also raised the need to be more vocal about sustainability in an interview with BoF’s Imran Amed.

Asked what they would do differently to their fathers, Edoardo Zegna, who heads omnichannel at Zegna, said the company should make more of its sustainability credentials — such as its transparent supply chain, which is vertically integrated “from sheep to shop.” “If there is a complaint I’d give to the company in the past, it’s that we haven’t told these stories enough, because we were product-focussed,” he said.

Stefano Rosso, chief executive officer of OTB Group, meanwhile, said that in the past luxury brands pushed their products at consumers, but today they needed to listen to consumers’ needs first. “It’s much more important to be in contact with people and what they want,” he said, adding that having the consumer at the centre of everything your business does “is the only way.”

The Business of Fashion was the official media partner of the CNMI Summit 2016.