LONDON, United Kingdom — Kwaidan Editions is named after a 1965 Japanese horror film, an association that might sound strange for a luxury womenswear label. But for co-founder Léa Dickely, it makes perfect sense. The movie, whose title translates as “ghost stories” is, she says, “very beautiful [and] a bit scary… Quiet but powerful.”

Dickely and co-founder Hung La, who launched the label last year, boast two decades of design experience between them, including stints at Céline and Balenciaga (La) and Alexander McQueen and Rick Owens (Dickely). The pair, who are partners in both business and life, met while studying at the Royal Academy of Arts in Antwerp.

“[After our studies] we went to Paris where [La] was at Balenciaga and I started freelancing,” says French-born Dickely. For four years the pair stayed in the city, working at the heart of its fashion industry. 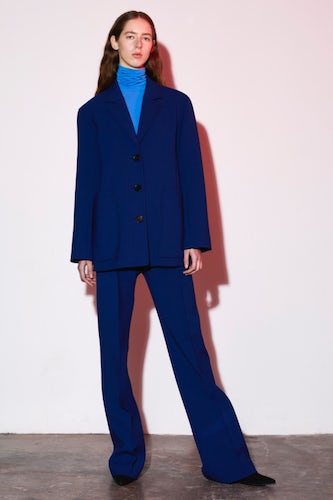 “Working at Balenciaga with Nicolas Ghesquière was amazing, he was all about image and creativity,” says Vietnamese-American La, who was raised in the suburbs of Washington, DC, and did his undergraduate degree at Parsons. “My job was to come up with the most creative stuff possible and I learned to break the mould and push boundaries.”

The couple moved to London when La landed a position at Céline working alongside Phoebe Philo, while Dickely was hired by Alexander McQueen. “At that time, fashion changed. It became about wardrobe and empowering women, as well as the beauty of a well-made piece with a spirit,” says La.

By 2015, La was working as senior fur and leather designer at Céline alongside Phoebe Philo in London, while Dickely was a freelance print and textile designer for high-profile clients like Rick Owens. But something was missing.

“I stopped Céline in the summer of 2015 and took a bit of time off. [Meanwhile] Léa was winding up her work with Rick,” says La. “We knew we could climb the ladder but the game would still be the same in terms of stress and responsibility. The end-game was chasing our tail.”

The pair decided instead to launch a luxury fashion brand of their own. Kwaidan Editions — named after the 1965 Japanese horror film — made its debut in February for the Autumn/Winter 2017 season.

Their first collection experiments with masculine and feminine garments produced in both luxury and workwear materials. “For us, what’s very important is the tension of opposites, because we’re very opposite,” explains La.

The line features monochrome outerwear and contemporary suiting in soft hues, a nod to the designers’ love for 1960s film and 1970s interior design. Key pieces include printed viscose dresses ($1,150), a rubberised black cotton trench ($1,850) and stretch wool suits ($2,430), all of which are produced in France at the same factories as Louis Vuitton and Dior.

“The first couple of collections are our building blocks and will be very direct,” says La. “As you see the brand evolve, you’re going to see a bit more of our personalities come out. It’s like a slow reveal.”

Regardless, the couple’s debut collection has attracted nine market-leading stockists including Antonioli in Milan, The Broken Arm in Paris and KM20 in Moscow, as well as influential e-commerce platforms Matchesfashion.com and SSENSE.

“The second collection is going to be edgier and you’re going to see a bit more darker spirit come out,” La reveals. “We believe that between us there’s violence in creation. We’re so different and Kwaidan Editions is where we meet in the middle. It’s the push and pull.” 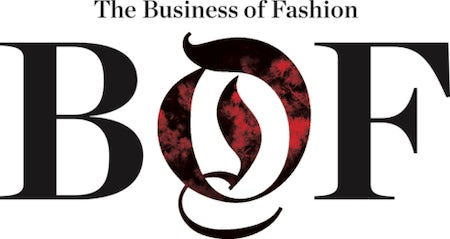 For this month’s Spotlight, the designers have created a custom BoF logo that takes inspiration from a photo taken in Memphis, Tennessee during one of their many road trips, and has been incorporated throughout Kwaidan Editions’ merchandising and website. “We like its personal meaning, as well as its actual look: obscure, dramatic and elegant. It also reminds us of Japanese prints,” they explain.

Despite their significant early success, Dickely and La hope to grow their business slowly, through strong relationships with key retailers, making sure the product is right. “Rick Owens and Dries van Noten is the ideal state,” says Dickely. “They’re big but still independent. If you can be big but still have that integrity, that’s great.”