The department store known for its mock Tudor facade and decadent panelled interiors is selling ready-to-wear under its own label, part of a plan to take its brand worldwide.

LONDON, United Kingdom — Liberty London has global ambitions. The first step: launching a ready-to-wear line that will be stocked at luxury retailers around the world.

The British department store, instantly recognisable for the Tudor-esque façade of its flagship store, will launch its clothing line under its own-brand umbrella, Liberty London Collection. It will comprise of four collections each year and is set to debut next week with a runway show for buyers and press.

There are long-term plans to branch out into adjacent categories, including menswear and childrenswear, before opening Liberty brand-focused retail outlets internationally, said Chief Executive Adil Mehboob-Khan, the former Luxottica chief who joined Liberty in February 2018. The Liberty London flagship on Great Marlborough Street is currently the company’s only permanent retail outpost. E-commerce accounts for about 10 percent of retail sales.

Ready-to-wear frames the storytelling of the brand. All the extensions of the brand that we’ve done have worked really well.

The new clothing line is headed up by recently appointed Head of Design Holly Marler, who cut her teeth at Temperley and Alexander McQueen. Later this month, the company will launch a permanent showroom for the brand, strategically located in Paris to capture the high traffic of wholesale buyers that visit the city each season. The first collection is due to arrive in stores in October, with most pieces ranging between £395 and £995.

“Ready-to-wear frames the storytelling of the brand,” said Liberty’s director of product Amelia Hornblow, who joined the company last year from Marc Jacobs. “All the extensions of the brand that we’ve done have worked really well.”

Wholesaling the collection is a way to amplify global brand recognition while satisfying demand from retailers that are keen to work with Liberty, said Mehboob-Khan. He declined to name the retailers currently interested in the collection, only noting that they were mostly international department stores from Paris, Milan and New York, as well as Japan and China. 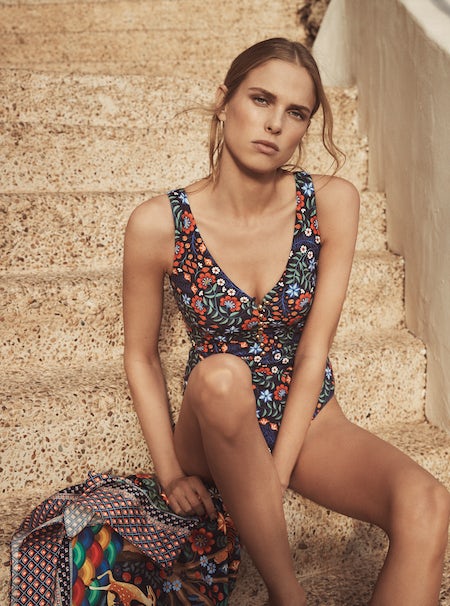 “We have lots of brands that want to licence with us and partner with us for collabs,” he said. “[Also,] it’s a great way for us to get our new style and our new collections known outside of the perimeter where we usually play.”

Liberty has sold its own brand of goods under the name Liberty London Collection for decades, drawing on an extensive print archive and British heritage roots to sell bags, scarves, homeware and stationary. More recently, the company dipped a toe into the apparel space with the launch of sleepwear in October 2017, sales of which are growing 68 percent year-on-year. It also debuted swimwear and travel apparel in May this year.

Customer appetite for a clothing offering only grew from there, said Hornblow. “Our customers were wearing sleepwear as ready-to-wear, layering it over jeans and wearing it on holiday over swimsuits,” she said. “The customers ask for it. We listen to the customers.”

Liberty London’s business is more or less split between its retail operation and its fabrics division, which is well known for its Tana Lawn cotton and extensive print archive. Total group revenue for the year ending February 3 2018 was £133.3 million, up from £123.4 million the year previous, according to accounts filed with Companies House by Liberty Zeta Limited, the ultimate holding company for the group’s activities.

Mehboob-Khan is betting ready-to-wear will bolster Liberty London Collection and provide the business with a third avenue of growth.

“We’re in a moment where we really want to focus on the brand,” said Mehboob-Khan. “This is a good time to accelerate that part of the business and make it a proper third option for the company, as well as retail and fabrics.”