The Savigny Luxury Index dropped below its starting point for 2018, as lingering China-US trade tensions weighed on the sector's recent recovery.

LONDON, United Kingdom — Christmas has come early for Harry Winston. The legendary jewellery house acquired the Pink Legacy at auction for a record $50 million this month. The stone will be renamed the Winston Pink Legacy and will be added to the company's Legacy collection of rare jewels, which also includes the Winston Legacy, a 101-carat 'D' flawless diamond bought in 2013.

Richemont, Tiffany and Michael Kors all reported a slowdown in sales growth, with Tiffany causing a panic by revealing that the ever-important Chinese tourists were not turning up in droves to its shops in the US and Hong Kong. Richemont’s sales in September were beginning to feel the pinch as a result of moves to combat the grey market and efforts by the Chinese government to discourage consumers from spending overseas; the company’s management set a cautious tone for the second half of its financial year.

Salvatore Ferragamo and Tod’s both announced further declines in quarterly turnover, as the two brands still struggle to find a new identity. Not all has been doom and gloom though: bullet-proof Hermès reported quarterly sales ahead of expectations, Burberry’s results were buoyed by Riccardo Tisci’s designs and a robust business in mainland China, and Brunello Cucinelli continued on its impressive growth trajectory.

Following major moves by LVMH and Richemont to boost their online businesses, Kering announced that it would bring all of its own online shopping sites in-house by 2020. Seven of Kering brands’ e-commerce platforms are currently operated through a joint venture with YNAP, which was set up in 2013. The Kering-YNAP joint venture included an option for the French group to buy — and for YNAP to sell — its stake in 2020. This meant a breakup was always on the cards; nevertheless, the Richemont takeover of YNAP clearly accelerated it. It begs the question: will more brands will exit their YNAP partnerships in the future?

Hopes of an end to the Sino-US trade war, which had prompted a brief rally in the Savigny Luxury Index (“SLI”) at the beginning of November, were dashed as the month progressed, resulting in a spectacular tumble of 11.3 percent, whilst the MSCI edged up 1.3 percent. 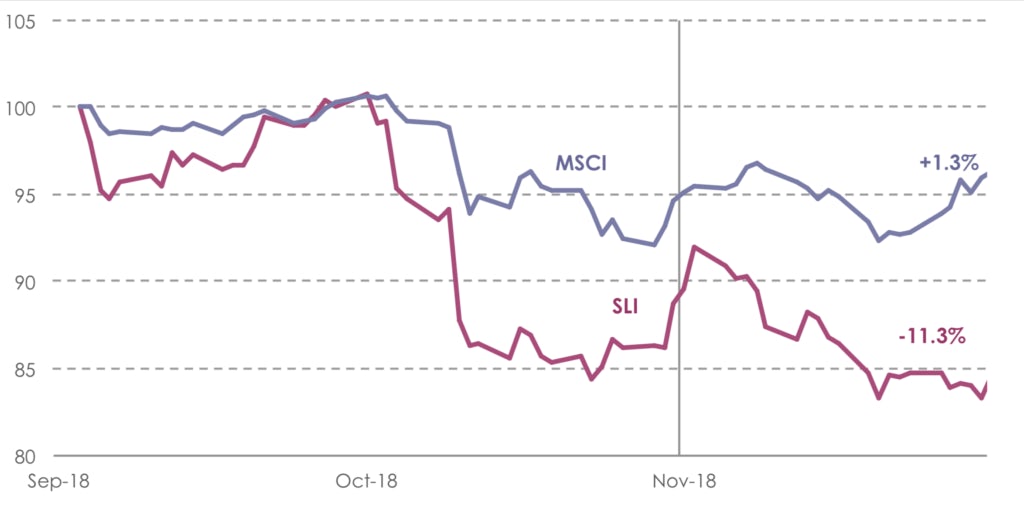 This is the second month running that 17 out of the 18 stocks making up the SLI have witnessed share price decreases.

China’s woes are pivotal to the luxury goods sector as evidenced by investor reaction to any sign of slowdown in the dragon economy. So far, it is Chinese tourist spending that is showing signs of abatement, with demand in mainland China remaining robust, partly due to the Chinese government’s restrictions on personal imports of luxury goods coupled with a harmonisation of prices in and outside of China. Despite the recent truce agreed at the G20 summit, China and the US are still staring down the barrel of a gun at each other in relation to trade. The outcome of this standoff has significant repercussions for the luxury sector, as the health of its two largest markets hangs in the balance. 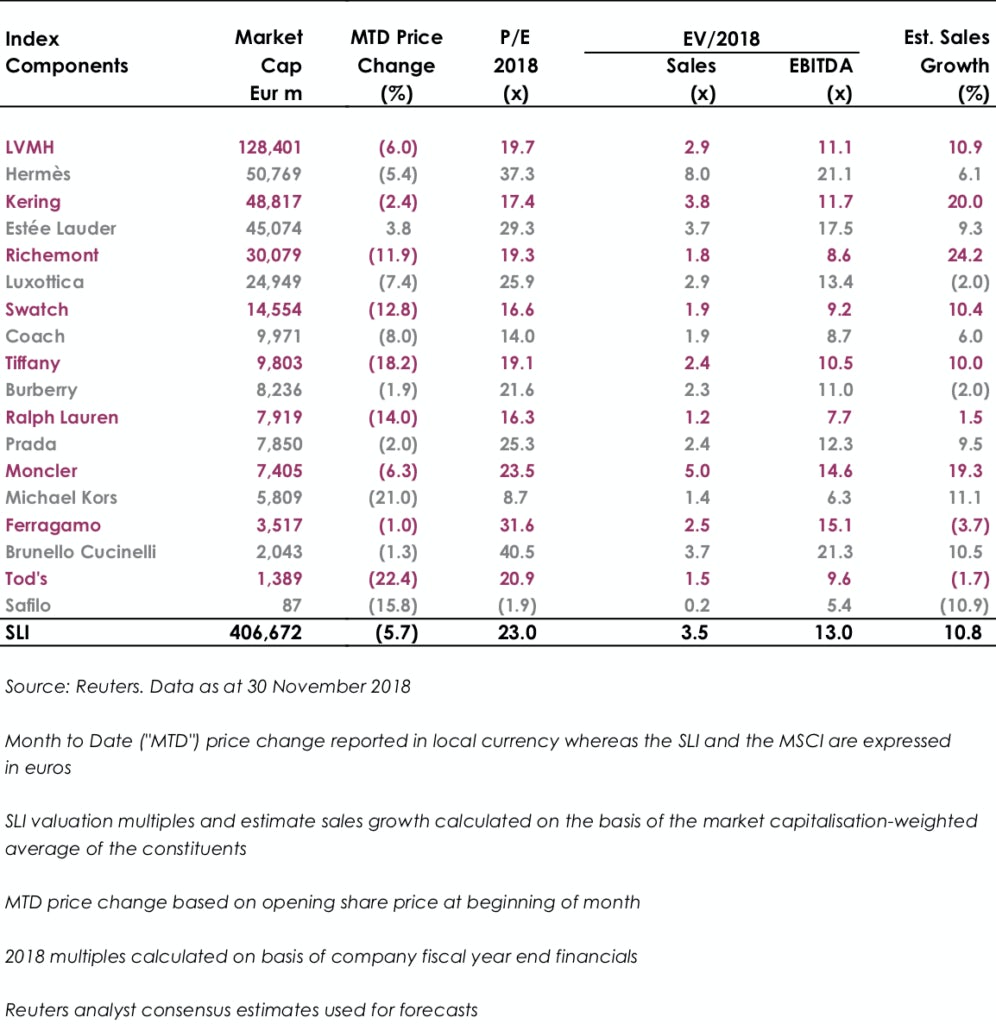