The Savigny Luxury Index bounced back in June, thanks to an improved outlook on key global markets and positive reports from Chanel and LVMH.

LONDON, United Kingdom — The prospect of interest rate cuts in the USA, complemented by a brief hiatus in Hong Kong’s mass protests and positive reports from Chanel and LVMH caused the SLI to bounce back this month.

Chanel reported annual results for the second time in its history, with revenues climbing 13 percent to over $11 billion, driven by strong performance across all regions, and in particular Asia-Pacific. The company confirmed that it intended to remain independent and that there were no plans for an IPO.

Chanel also revealed that it had invested $1 billion in its store network, tech projects and acquisitions in 2018 and that it was planning to double that amount in 2019.

LVMH hosted a two-day closed-door briefing on Louis Vuitton with analysts this month, during which it confirmed that business was strong in both China and the USA despite the on-going trade tensions between the two countries. Notably, Vuitton’s Chief Executive Michael Burke was quoted as saying demand for Vuitton products within Mainland China was still at "unheard of" levels; the brand has been building up inventory to support its booming e-commerce business in the market.

Prada has also confirmed the growing importance of online sales in Mainland China by teaming up with local player JD.com to launch a flagship store on its platform.

More and more brands are hitching themselves to the sustainability bandwagon. This month, Prada announced plans to launch a capsule collection of nylon bags made out of recycled plastic and has committed to use only recycled nylon by 2021. Ralph Lauren also committed to using 100 percent sustainably sourced key materials, including cotton, in its products by 2025.

Auction house Sotheby’s has agreed to be acquired by private investor Patrick Drahi for $3.7 billion, which represents a 61 percent premium to Sotheby’s share price on the day before the transaction was announced. In high-end beauty Clive Christian, known for selling the most expensive perfume in the world, was acquired by Italian fragrance and skincare group Nichebox; and Japanese skincare brand Tatcha was acquired by Unilever.

The Savigny Luxury Index (“SLI”) bounced back this month, rallying 10 percent, a healthy outperformance of six points versus the MSCI, spurred by the prospect of lower interest rates in the USA, positive news flow from industry giants LVMH and Chanel as well as a brief hiatus in the protests against the proposed extradition bill to Mainland China. Nevertheless, a lot hangs in the balance given the continued civil unrest in Hong Kong, which remains a strategic market for luxury goods. 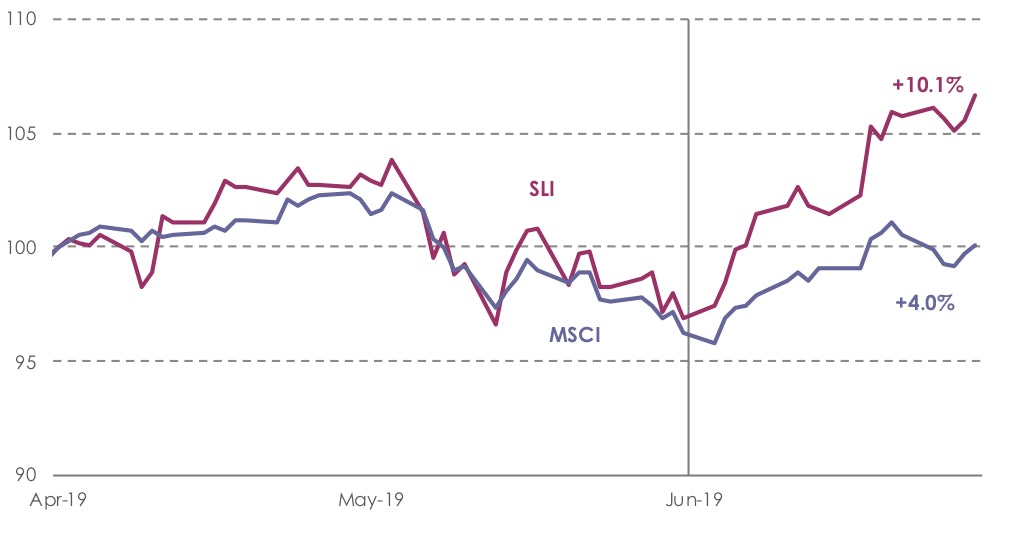 Social media is creating a buzz and larger groups are weighing in on platforms such as Instagram, which has become a favourite for fashionistas and beauty junkies. Louis Vuitton and Kering now both allocate half of their marketing costs to digital media in an effort to capture a younger audience, and it is working.

Both groups have a number of brands that are ranked top 10 in terms of social media buzz, according to a survey by influencer marketing firm Tribe Dynamics. This is a marked shift from a few years ago, when social media was the mainstay of niche/emerging brands. Now that the money is pouring in, smaller brands will either have to be inventive or risk being drowned out by their larger rivals. 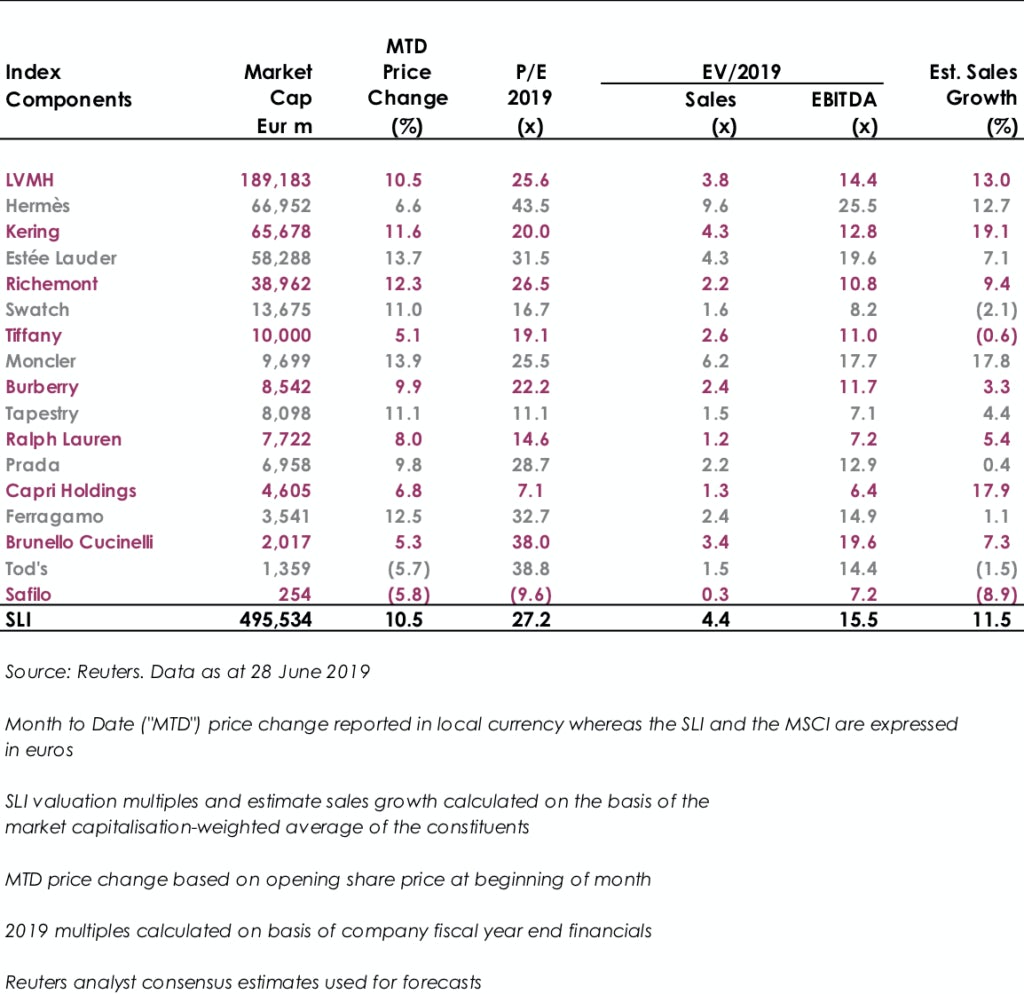