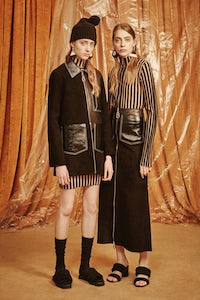 LVMH, which first invested in Edun in 2009 and currently owns a 49 percent stake in the label, is set to transfer its shares back to the founders. Employees were notified in May of the company’s dissolution. The label’s Spring/Summer 2018 collection will be its last to be produced. Edun’s single storefront, on Lafayette Street in Manhattan, closed at the end of May 2018.

The label, founded with the ethically minded mission of bringing awareness — and work — to African artisans and manufacturers, confirmed the separation. It is currently unclear if or how Edun may be revived in the future.

“In light of a joint review of the business, Edun is restructuring its operations in preparation for its next chapter and LVMH will transfer its shares back to the founders,” a representative for Edun said in a statement. “The founders remain committed to Edun’s mission for sustainable fashion and thank LVMH for its support and dedication during this journey together.”

Current chief executive Julien Labat will remain with Edun through the transition.

Edun received early attention — and accolades — for its support of sustainable development in Africa, from agriculture to manufacturing. For instance, it worked for six years with 8,000 farmers in Northwest Uganda on growing cotton. The company also lobbied the US Congress in support of the retention of the African Goals and Opportunities Act (AGOA) — legislation that helped factories across the continent by improving economic relations between the US and Africa — and worked to have it reinstated in Madagascar, where it says 50,000 jobs were lost when it was temporarily revoked.

However, Edun failed to establish a coherent visual identity and pricing strategy. And as with many of its mission-driven peers — including Suno and Maiyet — the challenges of producing consistent product in developing regions created back-end bottlenecks. Today, the industry as a whole is investing more in African manufacturing and production, partially thanks to Edun’s efforts. In many ways, the company suffered from the disadvantages of being a first-mover.

What’s more, while Edun's ethical mission was thought to be a compelling point of differentiation when the company was first founded, it ultimately wasn't enough in the eyes of consumers, who did not see the product as desirable enough.

The brand rotated through several designers, starting with Rogan Gregory, who departed in 2007, then Sharon Wauchob, who stayed on for six seasons. In 2013, Danielle Sherman, a veteran of The Row and Alexander Wang, joined the company. She exited in 2016.

Meanwhile, pricing and distribution changed time and again. In its first iteration, Edun was positioned at the lower end of the contemporary category, sold at specialty retailers like the Urban Outfitters-owned Anthropologie. When Sherman came on, the official launch partner was Barneys New York and prices edged into the designer realm.

Since then, Labat, who made a name for himself at Carven before joining Edun in 2015, has attempted to reposition the brand once again, focusing on direct sales — opening a store in New York’s Soho neighborhood, where the label’s design offices are based — and choosing not to hire a head designer but work with a team instead. However, retailers were confused by yet another shift in strategy, and not confident that the brand would survive much longer. The collection was most recently available in just 15 doors outside of its own directly operated store and e-commerce.

Edun is not the first Hewson-founded brand with which LVMH has parted ways. In 2016, the group sold natural line Nude Skincare to Counter Brands — the parent company of Beautcounter — for an undisclosed sum. Hewson joined the Counter Brands board, and both she and Bono invested in the fast-growing startup.

Can You Build a Fashion Business With a Manufacturing Base in Africa?