LVMH Results Prompt Yet Another Rally in Luxury

For the second time this year, LVMH’s results led to a recovery in luxury share prices, while Beauty featured prominently in this month’s deal activity.

LONDON, United Kingdom — Investors cheered LVMH’s first-quarter results, prompting a sector-wide rally this month. Aside from beating expectations, LVMH confirmed that sales had picked up: the magic word these days in mainland China when it comes to luxury. Hermès poured more gas into the recovery engine by reporting its fastest quarterly sales growth in four years, buoyed by demand from Chinese consumers. Other positive newsflow came from Kering and Moncler’s first quarter results, and even struggling Tod’s offered a glimmer of hope with a surge in its e-commerce business.

Last but not least, Kering completed the sale of Volcom with Authentic Brands Group acquiring the intellectual property of the US sports and lifestyle brand. The current Volcom management team has acquired the operating license of Volcom and will continue the development of its operations based in the US, France, Australia and Japan. 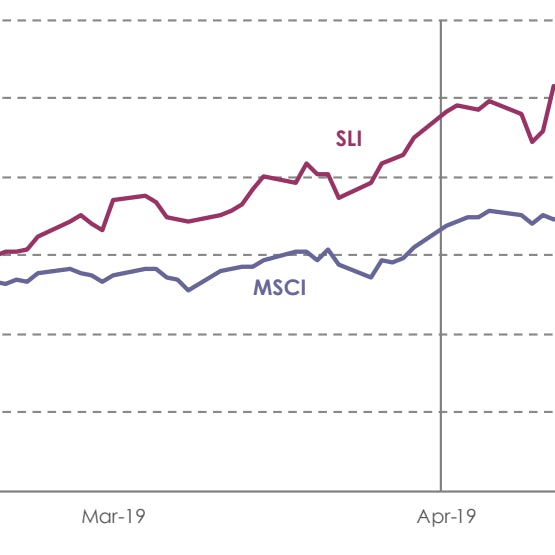 Safilo’s announcement of a joint venture in South Korea with local player Pharma International to distribute its portfolio brands in the country caused the share price to soar 32 percent this month.

Tapestry, Capri Holdings and Prada were the only stocks to decline this month. All three have struggled to curry favour with investors of late — Capri Holdings and Tapestry owing to cynicism over their multi-brand strategy, but in Prada’s case the story is more of underperformance in profits. Tapestry and Capri Holdings ended the month down 1 and 4 percent respectively, whilst Prada suffered a 5 percent decline.

LVMH towers above everybody else in the luxury industry — in fact, the group practically invented it, aggregating previously independent, family-owned brands and professionalising business practices whilst investing in brand equity. It is also three times larger than its next largest rival. This scale allows LVMH to attract great talent and, to a large extent, dictate the distribution of retail space. Independent brands have a challenge to keep up with LVMH’s constant and steady growth — as shown by the subdued performances of Ferragamo, Tod’s and Prada. Independence may become a luxury that may be more and more difficult to maintain. 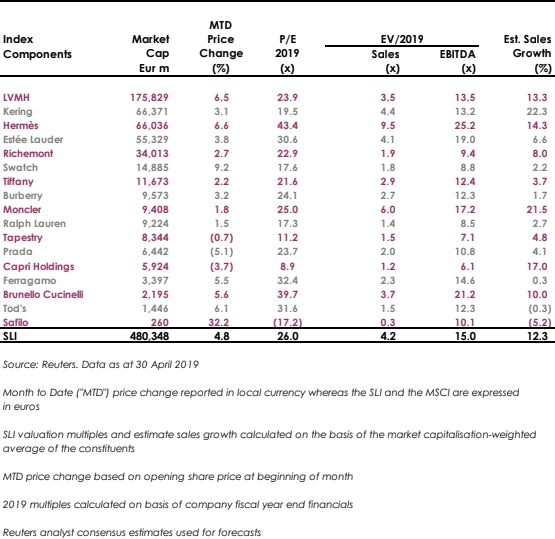