“Why have there been no great women artists?” read the slogan on Sasha Pivovarova’s Breton-striped top as she opened Maria Grazia Chiuri’s latest ready-to-wear show for Christian Dior, staged last week on the grounds of the Musée Rodin. The line was plucked from an essay written in 1971 by art historian Linda Nochlin and recalled the famous “We should all be Feminists” t-shirt that first conveyed the activism-tinged, Millennial-friendly, Instagram-savvy approach Chiuri has brought to Dior since taking the creative reins at the storied French luxury house in July 2016.

For the most part, Chiuri’s latest collection stuck closely to her formula rooted in couture denim, corset tops, character cashmere knits and Dior-branded underwear worn under sheer tulle ballet skirts. But just over one year in, the designer’s approach has been met with worsening reviews from fashion’s top critics.

“What feminist, even a Millennial one, wants to wear a mirrored mosaic onesie in bright pink or blue under a transparent tulle skirt open to the waist that looks like nothing so much as Madonna in her ‘Desperately Seeking Susan’ years?” asked Vanessa Friedman of The New York Times. “These are not the clothes of revolution, even New Look revolution.”

“I wish Chiuri would dispense with the feminism on the runway; it’s just a commercial gloss,” wrote Cathy Horyn, who took issue with the way the designer seemed to substitute a marketing strategy for a genuine sensibility. “My main beef is with the assumption that these kinds of clothes speak particularly to Millennials. The sensibility doesn’t feel authentic… It’s hard to disguise a sensibility that feels more like a bombardment of targeted product than something real.”

Horyn wondered aloud whether Chiuri’s approach was a good fit for Dior’s heritage. “Why is a brand like Dior, with its golden legacy and prestige, aiming at such a low imaginative bar?” It was a sentiment echoed by BoF’s Tim Blanks: “There is a new militancy in young women. Chiuri has scented that change. As incongruous as it seems for it to be nestled in the bosom of Christian Dior, them’s the breaks for the old guard.”

But here’s the rub. Regardless of whether the critics like the clothes or see Chiuri’s work as credibly linked to the legacy of Dior, sales are significantly up since she took over as artistic director. In August, Christian Dior Couture posted 2017 half-year sales revenue of just over €1 billion, up 17 percent from €893 million for the same period one year ago at constant exchange rates. What’s more, Chiuri has succeeded in attracting a much younger millennial audience — set to soon account for a large proportion of luxury spending — and her designs are reportedly selling far more briskly than the more critically-acclaimed conceptual work of her predecessor Raf Simons. Top-selling products are said to include the brand’s classic Lady Dior bag, but also new cult accessories designed by Chiuri, including her logo-ribboned slingback heels, metal logo bags and logo saddle bags.

There’s little doubt that Chiuri’s background in accessories — the real revenue generator for most luxury fashion brands — has helped to boost sales. “Very often, fashion designers who are pure couture or ready-to-wear have no experience with the bags, for instance. She has that, but she also developed real fashion experience at Valentino, learning from Mr. Valentino himself and working with the atelier,” Dior chief executive Sidney Toledano told BoF last May before Chiuri’s first Cruise show for the brand.

But the gap between the positions of critics and consumers also serves to underscore the rise of a direct-to-consumer reality where longstanding media and retail channels are being increasingly disintermediated. Show reviews were once scrutinised by wholesale buyers who curated clothing for consumers. But do the opinions of critics or buyers really matter when brands can connect directly with consumers online and via their own stores?

Toledano, himself, acknowledged the growing importance of direct connections with consumers, going so far as to say this was the brand’s primary motivation for staging fashion shows. “The web is something that we do that's important, that's why we do the shows,” said Toledano. “Instagram, yes it's important. At the end, what you deliver is not only the product but the story about the product.”

Indeed, when it comes to both “the product” and “the story about the product”, it’s increasingly a direct-to-consumer world and the gap between shoppers and traditional intermediaries like critics and buyers is only sure to widen.

Las Vegas Strip returns to normalcy. Less than a week after what is being called the deadliest mass shooting in US history, tourists in Las Vegas returned to the strip, which is populated with casinos, spas and luxury shopping malls. The largest gambling convention in the country — the Global Gaming Expo — continued as planned. Retailers and hotels have upped security, including the implementation of bag checks.

Spain's political upheaval stokes uncertainty over its retail revival. The vote in favour of independence in Catalonia descended into violence and retailers are concerned about the impact on sales, both in the Spanish market and abroad. Fashion accounts for 2.9 percent of gross domestic product in Spain, up from 2.7 percent the previous year. The crisis comes after Spain's retail economy was beginning to thrive post-recession, spurring the return of retailers and luxury brands including Uniqlo and Balenciaga.

A stronger euro could be detrimental to luxury brands. Amidst a stronger Euro, Richemont, Prada and Hermès have raised concerns about the negative effects on business, as a stronger currency may prevent Asian tourists from flocking to Europe to shop.

Supreme is said to be close to an investment deal with Carlyle Group. The report comes just hours after the streetwear label — often dubbed the "Chanel of streetwear" for the strength of its brand — opened its 3,000 square-foot Williamsburg store. Investment would give Supreme the capabilities of rapid expansion, likely in Asia, where the brand currently has no presence.

Condé Nast is set to launch Them, an LGBTQ media brand. Conceived by Teen Vogue's Phillip Picardi, the magazine is the first independent brand the publisher has launched since Portfolio magazine debuted in 2007. (It folded in 2009.) The digital platform will launch at the end of October, and will cover news and politics with an activist stance, while its fashion and beauty coverage will be genderless.

Nordstrom shares drop on reports its buyout deal is losing support. The retailer fell as much as 6.7 percent to $44.01 in early trading, following concerns about a deal to take the chain private. Los Angeles-based private equity firm Leonard Green & Partners had held discussions about supplying $1 billion in financing, although it is thought the deal could require as much as $10 billion. Nordstrom is down 1.6 percent this year.

Amazon has been hit with a $294 million bill by the EU. The fine comes as the European Commission chided Luxembourg for allowing the e-commerce giant to cut its taxable profits to a quarter of what they were in reality, which is illegal under EU state-aid rules. Amazon isn't the first American retailer to fall foul of the rules of government subsidies; Apple was slapped with a $13 billion bill last year. 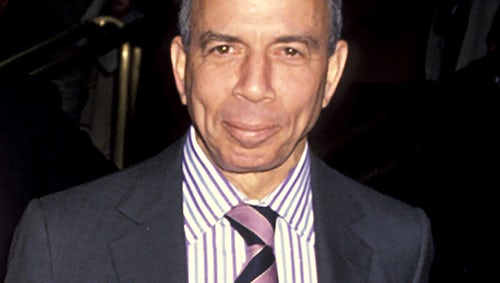 Condé Nast owner Si Newhouse dies at 89. As the owner of Advance Publications — Conde Nast’s parent company, founded by his father Samuel Irving Newhouse Sr in 1922 — Newhouse led the business for forty years with his brother, Donald. Known for his unassuming personality and love of magazines, Newhouse became chairman of Condé Nast in 1975, and during his tenure, revamped Vanity Fair and added The New Yorker to the publisher’s fold.

Alexander Wang relinquishes CEO role. Merely a year after taking up the post, the designer will continue his duties as creative director and chairman of the company’s board of directors. Lisa Gersh — formerly of Goop and Martha Stewart Living Omnimedia — has been appointed to the position, effective immediately. Former chief marketing officer of Farfetch Stephanie Horton has also joined the company as chief strategy officer.

Paul Andrew assumes the role of women’s creative director at Salvatore Ferragamo. The British designer — who launched his namesake accessories label in 2012 and won the CFDA/Vogue Fashion Fund competition in 2015 — was appointed design director of women’s footwear at the brand in 2016. In his new role, effective immediately, Andrew will oversee the direction of all women’s categories, as well as having creative input into marketing and overall brand image.

Tim Hamilton is now the creative director of The North Face. With over 20 years of industry experience — working for brands such as J Crew and Gap — the CFDA award winner rose to critical acclaim in 2007 with the launch of his menswear label. Hamilton will lead creative direction at the American outerwear brand across all categories. He will report to global brand president Arne Arens.

Instagram's shoppable posts are now available to a greater number of brands. Businesses in the US that use shopping-cart platform Bigcommerce can now access Instagram's shoppable-post feature, which it began rolling out in November 2016. (Most of the initial partnerships were bespoke.) Retailers will also have access to analytics, including how many users viewed the product information and the number of click-throughs generated.

Amazon launches five new Alexa-powered Echo devices. The new gadgets bring the Echo portfolio to nine, including a smaller and cheaper upgrade to the original as well as an Echo Plus, which comes with a smart-home hub embedded where users can control in-home systems including lighting and heating. The Echo Look is designed for fashion advice; menswear brand Perry Ellis has teamed up with the gadget on a shoppable style service.

Google introduces Pixel 2 smartphones. The phone camera, specially designed for augmented reality using Google's ARCore technology, will feature a Portrait mode to blur backgrounds for a more professional look to photographs. The launch is part of a wider gadget offering that also includes the Google Home Mini, as well as a Daydream View VR Headset and Pixel Buds— its first set of wireless Bluetooth headphones that can read messages aloud and provide notifications.

Facebook is hiring 1,000 new employees to review and remove ads. The announcement comes after an investigation confirmed the company unknowingly sold more than $100,000 of advertising to Kremlin-backed sources trying to sway the presidential election in the US. Facebook will also require more thorough documentation from advertisers, invest in machine learning and expand its content policies to stop ads that contain even subtle expressions of violence.