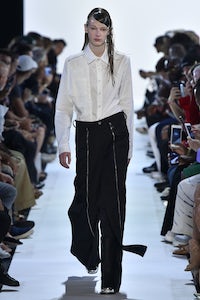 Hood by Air has announced that it is going on hiatus.

When news broke mid-March that Helmut Lang had enlisted Hood by Air designer Shayne Oliver to create a special collection, rumours were already circling that the singular New York fashion collective might be on the verge of closing. (Hood by Air cancelled its runway show at Paris Fashion Week in March.)

On Thursday, Hood by Air announced that it will go on hiatus for an undetermined amount of time, effective immediately. “Oliver will be devoting himself in the immediate future to his responsibilities at Helmut Lang,” read a statement. “HBA will continue to fulfill its creative vision in the near future.” Meanwhile, chief executive Leilah Weinraub will focus on her film career, including the documentary “Shakedown” on view in May at the Whitney Biennial.

This isn’t the first time Hood by Air has gone on hiatus. In 2009, after the label’s high-fashion take on streetwear — and bold t-shirts — had already broken out onto the fashion scene, Oliver took a break when he parted ways with co-founder Raul Lopez. He worked as a DJ with Venus X, hosting New York’s underground GHE20G0TH1K parties that were a hub of the brand’s supporters, muses and collaborators. The business relaunched in 2012 when Weinraub signed on, and the collective continued to gain followers and influence for its progressive silhouettes and irreverent nature. Oliver was a finalist for the inaugural LVMH Prize in 2014 and won the Swarovski Award for Menswear at the 2015 CFDA Awards.

Oliver comes to Helmut Lang — acquired in 2006 by Andrew Rosen’s Link Theory Holdings, a subsidiary of Fast Retailing — via Isabella Burley, the label’s new editor-in-residence and editor-in-chief of Dazed magazine. Oliver’s collection will include men’s and women’s clothing, as well as accessories, and will be revealed in September 2017. — Chantal Fernandez

Massimo Giorgetti has left his role as creative director of Emilio Pucci.

The designer says he is leaving the LVMH-owned fashion house to focus on the growth of his own contemporary label, MSGM. 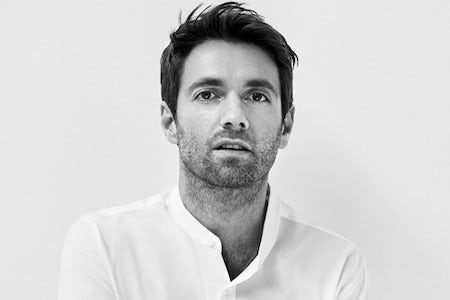 Giorgetti, hailed as one of the most promising young designers to come out of Milan, was appointed creative director of Emilio Pucci in March 2015, succeeding Peter Dundas.

"This experience with Emilio Pucci, one of the most representative and historic brands in fashion was an inspiring journey, which has also contributed to my professional growth. Today my brand needs more and more of my attention and all my energy. I would like to thank Laudomia Pucci, the LVMH group, Mauro Grimaldi and all of the Emilio Pucci team, for supporting me in the beautiful adventure," says Giorgetti.

"We have decided in total agreement to end the partnership. I would like to thank, personally and on behalf of the company, Massimo Giorgetti for the great professionalism shown during these two years of collaboration," adds Mauro Grimaldi, Emilio Pucci's chief executive officer. — Christopher Morency