Cult sportswear brand Stone Island found a sweet spot in the age of luxury streetwear. With a €1.15 billion euro deal to acquire the label, Moncler is opening the door to become a multi-brand group.

Cult sportswear brand Stone Island found a sweet spot in the age of luxury streetwear. With a €1.15 billion euro deal to acquire the label, Moncler is opening the door to become a multi-brand group.

Moncler will acquire rival Stone Island in a transaction valuing the Italian sportswear brand at €1.15 billion ($1.4 billion), the companies said in a statement Monday.

The deal marks Moncler’s first acquisition, as well as a significant shift in ambitions for the company after nearly two decades of rapid expansion with a single-brand strategy.

Milan-based Moncler will pay for the brand with a mix of cash and new shares, some of which Stone Island’s owners will reinvest in the holding company through which Moncler’s chairman and chief executive Remo Ruffini controls the group.

“We’re coming together at a challenging moment both for Italy and the world,” Moncler’s chairman and CEO Remo Ruffini said in a statement. In an interview with BoF, he added that he was “thinking about it as a union between two families more than just an acquisition.”

Stone Island is owned and managed by Carlo Rivetti, the scion of an Italian textile group who backed the venture founded by designer Massimo Osti in 1982. The brand has revenue of €240 million and profitability as high as 28 percent, but remains heavily exposed to both wholesale and its home market of Italy.

“Stone Island resembles the Moncler of 2010,” the Milan-based skiwear maker said in a presentation for investors. Ruffini sees an opportunity to help it take stricter control of its distribution, “doing retail in the right way for them,” as well as accelerating its expansion in key international markets like China.

An early mover in leveraging Italy’s fashion supply chain to produce high-end casualwear and garments inspired by technical and military dress, the Stone Island’s somewhat macho take on fashion has long been a cult favorite among various subcultures. It was first adopted by Milan’s brand-obsessed “paninari” youth in the early 1980s before spreading to British football fanatics and the North American hip-hop scene. 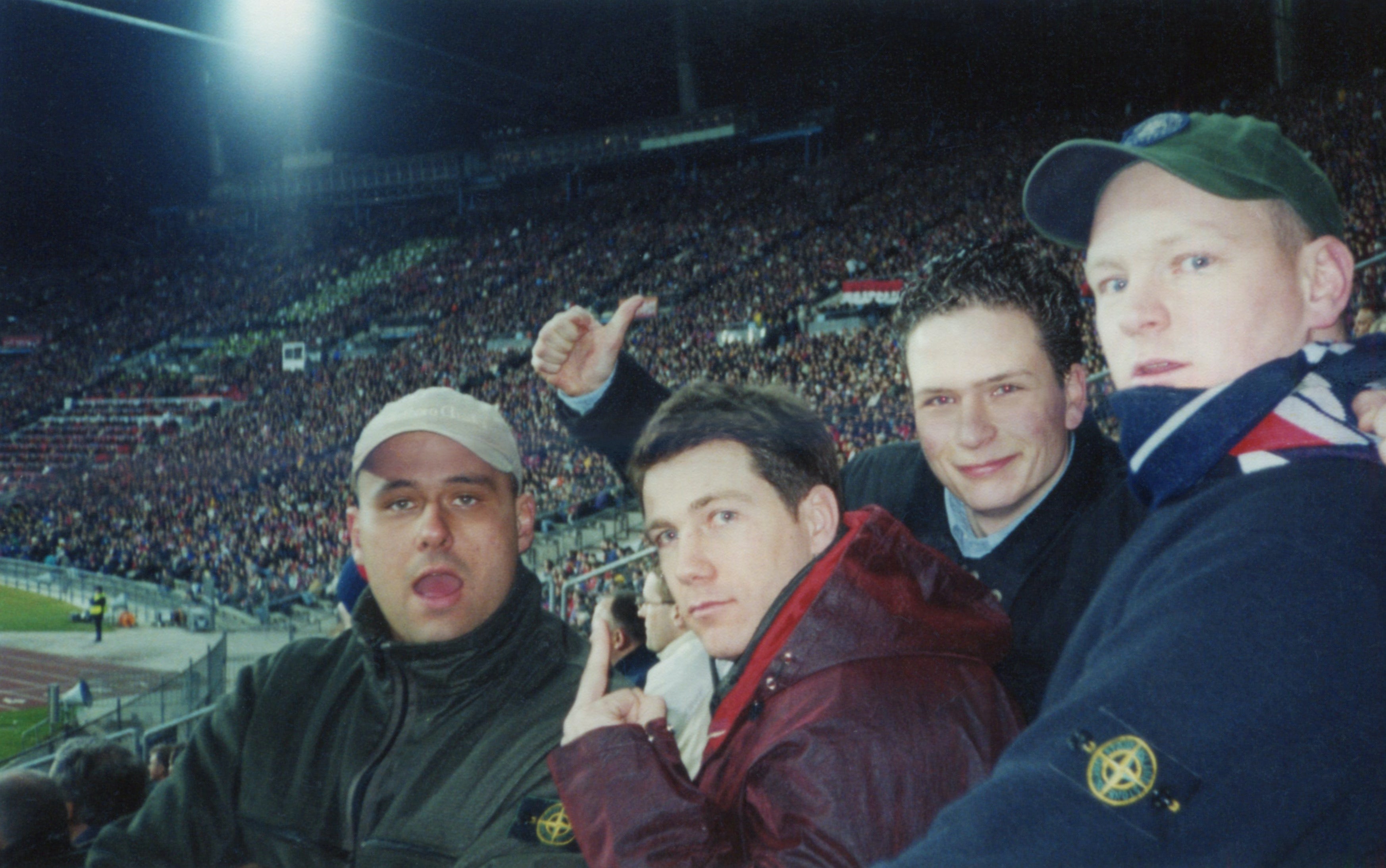 Those subcultures might not always overlap, but consumers are able to pick up on the underlying message, according to Gavin Francis Thomas, a New York-based brand consultant who helped launch Stone Island in the U.S. starting in 2015.

“Never being a trend driven brand has given Stone Island a continuity that very few brands have anymore,” Thomas said. “It’s a men’s brand. It’s tough guys with a point of view.”

In recent years, a rapid shift to more casual dressing and a luxury streetwear boom have fuelled broader interest in the label’s hats, sweatpants and parkas with a signature compass logo, buoyed by collaborations with Nike and streetwear icon Supreme.

Stone Island’s sales have grown an average of 18 percent annually from 2011 to 2020, and even grew 1 percent in the 12 months ending October. That broadly stable performance during the pandemic, which has sent most rivals reeling, implies a high level of interest in the brand. Moncler, by contrast, saw its sales tumble by 23 percent during the first nine months of the year, and Ruffini says he doesn’t expect the fashion market to return to normal trading before 2023. 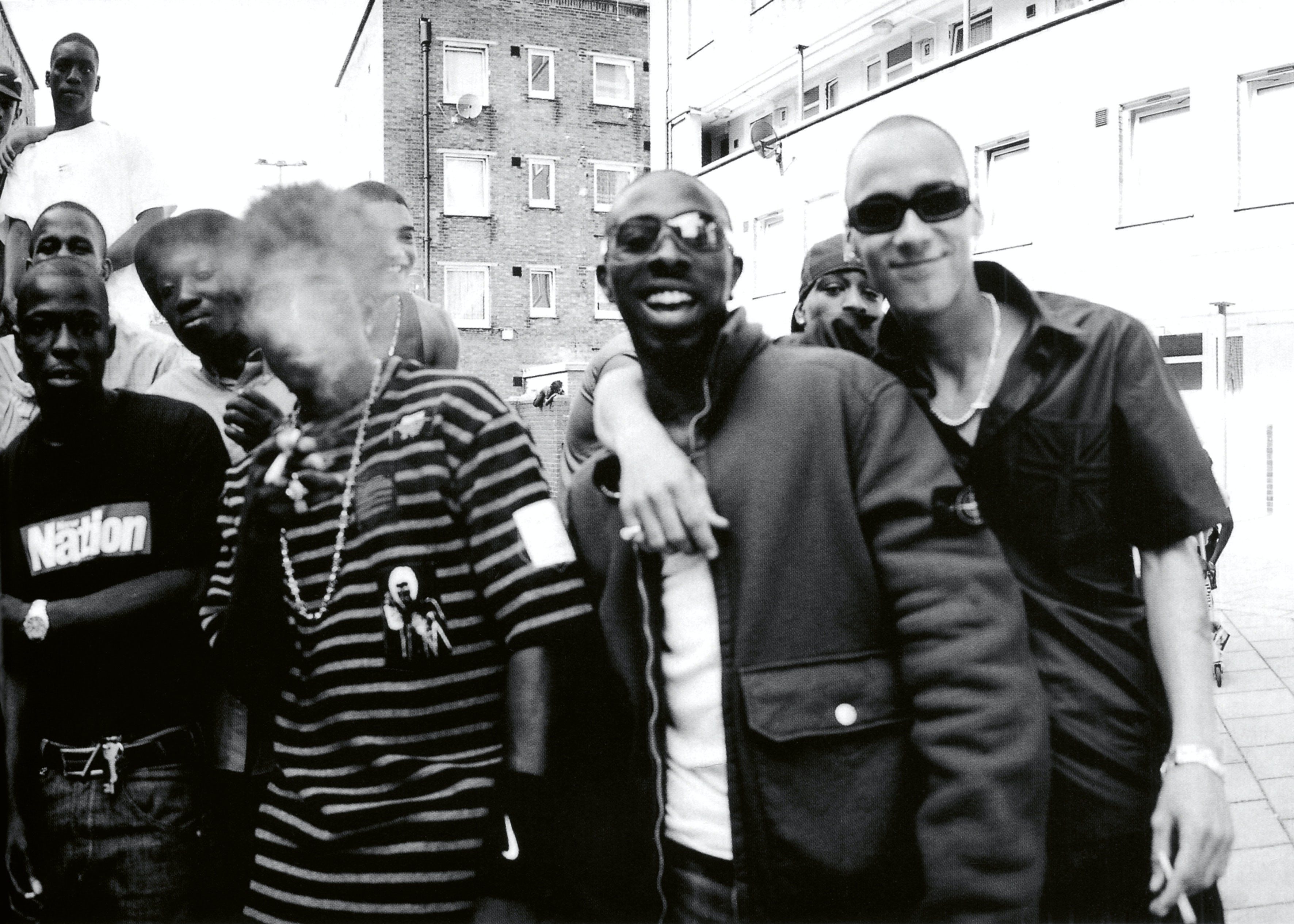 So Solid posed for The Face magazine wearing Stone Island in 2001. Phil Knott.

For Moncler, the deal could open a new avenue for growth after a period of spectacular expansion since Ruffini acquired the defunct Alpine ski-wear brand in 2003.

Before the pandemic, Moncler had multiplied its sales by a factor of nearly six in less than a decade, growing to 1.62 billion euros in revenue. Ruffini has transformed its down jackets into luxury status symbols that can hold their own alongside Gucci handbags and Van Cleef bracelets on London’s Bond Street or Los Angeles’ Rodeo Drive.

A strategy of regular collaborations with a cast of as many as eight designers per year since 2018, referred to as its “Genius” program, has helped to keep the brand in the spotlight on social media and reach untapped consumer niches.

But it’s also left some investors wondering where the brand goes from here.

Last year the brand held exploratory talks with Gucci’s parent company Kering, reportedly about a potential sale, but that never came to fruition.

Now the brand is turning from target to buyer. As one of the luxury sector’s most profitable companies — with EBIT margins rivalling those of French titan Hermès — Moncler has significant firepower to pursue such deals even as its sales slump.

“I feel at Moncler we have more potential. I wouldn’t buy Stone Island to show the market we continue to grow,” Ruffini said.

Moncler’s deal comes at the beginning of what analysts predict will be a wave of mergers and acquisitions in 2021, as brands weakened by the pandemic may be gobbled up by stronger buyers.

It also comes on the heels of North Face-owner VF Corp’s move to buy Supreme for $2.1 billion. The brands will both need to walk a tightrope to maintain their cult status while ramping up sales.

Ruffini said no further acquisitions were planned, but he’s keeping his options open.

“The most important thing is to create value. I meet with everyone, but I never found people with the same culture, the same vision,” Ruffini said. “Right now this is a venture between two families. It could get bigger, or it could remain like this for 20 years.”

Moncler to Stage Genius Show in China in Pandemic Pivot