The French luxury brand has renewed the designer’s contract as artistic director of women’s collections. 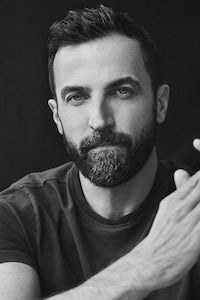 The French luxury brand has renewed the designer’s contract as artistic director of women’s collections.

PARIS, France — Nicolas Ghesquière is not leaving Louis Vuitton, the French luxury brand confirmed this morning, ruling out speculation that LVMH chief Bernard Arnault is considering a change of creative director at the French luxury house. Specific terms of the deal were not disclosed.

“I am very happy that we are continuing our journey with Nicolas,” said Arnault, in a statement. “He has been able to make the Louis Vuitton woman contemporary, resulting in major commercial success.”

Indeed, since taking the reins at Louis Vuitton as artistic director of women’s collections in 2013, Ghesquière is credited with re-energising and re-elevating the French house’s fashion offering, restoring its high luxury cachet, as well as breathing new life into the brand’s handbag offering, introducing several higher-priced seasonal styles, like the Petite Malle, which have since become new classics.

“He has established a strong, daring Louis Vuitton aesthetic imbued with the spirit of the House and his own sensibility,” added Michael Burke, chairman and chief executive of Louis Vuitton.

There was speculation that Ghesquière might depart the house after a 2016 Reuters report that Arnault was looking to the up-and-coming designer Jonathan Anderson, now at LVMH sister brand Loewe, as a potential candidate to succeed Ghesquière, who said he was interested in starting an eponymous label.

Speaking to the French talk show Le Petit Journal in 2016, the designer discussed the possibility of launching his own line: "I hope so, I could do it. I would like to do it soon. I don't have a date, but I'll come back to you."

Louis Vuitton is the world’s biggest luxury brand, generating nearly €8 billion in annual revenue, and accounts for the bulk of profit at parent LVMH, owner of 70 luxury businesses ranging from fashion and wine to jewellery and hotels.

Earlier in March, the company appointed Virgil Abloh, the founder of the haute street wear label Off-White, as artistic director of menswear.

Nicolas Ghesquière Finally Speaks On Why He Left Balenciaga