This autumn, labels from Michael Kors to Comme des Garçons to Raf Simons are presenting collections in October in what’s shaping up to be something like a second fashion month. Will it stick post-pandemic?

This autumn, labels from Michael Kors to Comme des Garçons to Raf Simons are presenting collections in October in what’s shaping up to be something like a second fashion month. Will it stick post-pandemic?

NEW YORK, United States — At his Spring/Summer 2021 presentation last Wednesday morning, Michael Kors showed a short, dropped-waist shift dress, a version of which first appeared in his spring collection in 1991 and was worn by Anna Wintour to Grace Coddington’s 50th birthday party that year. This time, he dressed it down with flat sandals, turning a quintessential cocktail number into (still fancy) backyard barbecue attire. “Twenty-nine years later, it’s still the perfect dress,” Kors, wearing a black mask, told a group of editors and buyers over Zoom.

It wasn’t the only old-school moment for Kors this season. While the pandemic has forced brands to formulate new-fangled ways of showing their clothes to both the industry and consumers, Kors’ choice of when his collection dropped — in the middle of October, a week after the Paris shows had ended — was something of a throwback to a different era, when the Americans showed last, not first.

Of course, he wasn’t the only marquee name to shift his showtime to a moment after the traditional fashion month, which starts in New York in early September and ends in Paris in early October. Last week, Sacai, Stella McCartney, Tory Burch and Amiri all released their spring looks. Over the weekend, Lanvin staged a runway show in Shanghai. On Monday, Comme des Garçons and Noir Kei Ninomiya are holding mini-shows in Tokyo. (Junya Watanabe will stage a presentation.) And on Friday, Raf Simons will reveal his namesake label’s first-ever women’s collection. Gucci is expected to both stage shows in November, though the Kering-backed brand has yet to announce a specific date. Saint Laurent and Celine have not shared their plans, although there is hope they will showing the coming months.

In most cases, the decision to show in post-Fashion Month was driven by the pandemic, which made it harder to stage traditional shows this September due to social distancing measures and supply chain disruption. Some brands simply needed the additional space to suss out what they wanted to do.

“I wanted to take that time,” said designer Tory Burch, whose collection dropped online last Friday. And it wasn’t as if the traditional benefits of showing in September — most notably, the congregation of industry insiders for fashion week — existed to the same extent this season. 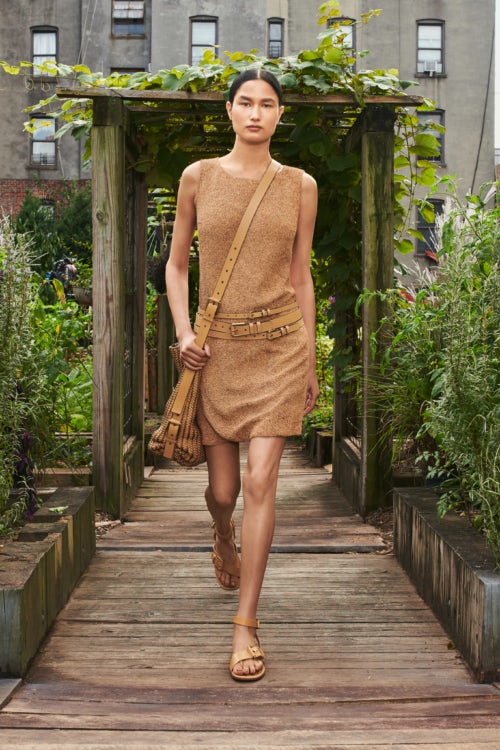 But Kors doesn't seem to mind the idea of a permanent change. While he has not been afraid to try different modes of showing — from “see now, buy now” to intimate salon presentations — when it comes to the calendar, Kors is ready to rewind 20 years, back to a pre-Helmut Lang era of New York Fashion Week, when the American collections were shown at the end of the season, after the Europeans had taken their bows.

When he moved his show to New York, Lang famously drove the massive shift forward. (The city’s local designers followed happily after years of being accused of knocking off their European counterparts.). But even after the New York-London-Milan-Paris lineup was put in place, the shows still took place later in the autumn than they do now. Even as late as 2004, there were Paris shows staged in early November. Then, as clothes began arriving in stores earlier and earlier in the season in an attempt to extend the full-price selling period, fashion weeks were scheduled earlier and earlier to the point where New York’s collections were even sometimes shown over the Labor Day holiday at the beginning of September.

Kors believes an adjustment is be better for editors, buyers and most importantly, consumers. “There’s too much information,” he said. “With the New York collections being so early, Fall/Winter clothes have just arrived in the shops. To show people a new Spring season when they haven’t even tried on Fall makes no logical sense.”

Whether or not Kors will get his wish, and the New York shows will once again start later on in the season, remains to be seen. Others may not see the value in agreeing to a new calendar at all — or wait for consensus to hatch their plans.

Even before the pandemic, labels such as Alexander Wang were showing whenever they wanted. And for big brands like Gucci or Saint Laurent, which have been shifting their strategies to focus on direct marketing and distribution channels, and can spend money to ensure consumers tune into their shows no matter when they are staged, doing off-calendar events may be a better option to traditional fashion weeks full of competitive noise. 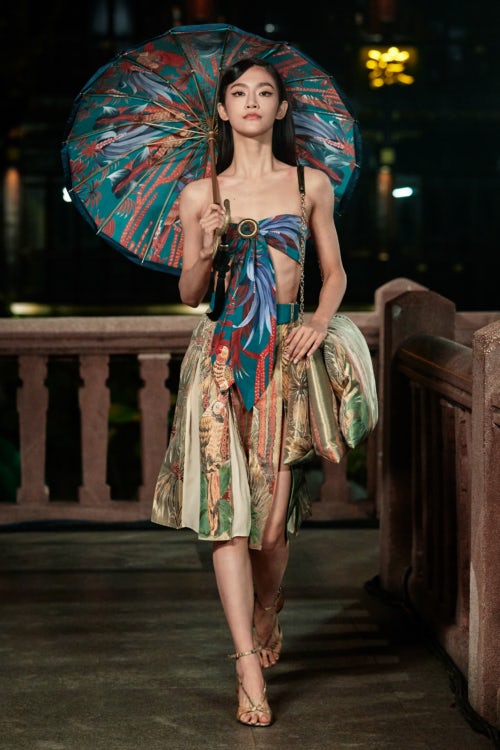 Joann Cheng, Lanvin's deputy chief executive and chairman of China’s Fosun Fashion Group, which owns the French brand, said that while the show was moved to Shanghai this season — timed to take place after the Chinese Golden Week, a week-long holiday — the company plans to remain a part of Paris Fashion Week in the future. She said that doing a one-off show in Shanghai was a modern way to position the brand.

It's also an opportunity to stand apart. But showing off-piste hasn’t always resulted in more attention. When Wang left the official calendar and showed in June 2018, the brand saw its media impact value (MIV) — or the effect of placements and mentions across different media platforms, from magazine websites to influencer Instagrams — decrease by 50 percent from the previous season, according to tracking firm Launchmetrics. On the other hand, Kors’ Fall/Winter 2020 show garnered more MIV because it showed during New York Fashion Week. Online and social posts mentioning the brand alone totalled $6.1 million MIV, but when you add in mentions of Kors alongside other designers, the total is $7.6 million MIV, indicating that a rising tide may indeed lift all boats.

Burch, whose business is 80 percent direct sales, still believes a consolidated fashion week is more efficient. “We want to make it easier for the market editors, not less complicated,” she said.

As for what happens to Fashion Month in the long term, it’s likely that the Autumn/Winter 2021 shows, which will take place in February and March of next year, will be as loosy-goosy as these were, especially if coronavirus cases continue to proliferate in the four major fashion cities.

“It’s the Wild Wild West right now, who knows?” Kors said. “Next season, I could be showing in Bora Bora.”

The BoF Podcast: The Lasting Impact of a Digital Fashion Month