The Milanese backer of Off-White and Heron Preston has taken a majority stake in Ambush, the Tokyo-based jewellery and apparel line led by Japanese fashion power couple Yoon Ahn and Verbal.

Ambush was founded in 2008 as a jewellery label and expanded into ready-to-wear in 2016. It was a passion project for graphic designer Ahn and hip-hop star Verbal, who did not have formal training or background in the fashion business but quickly drew attention with their distinctive, playful designs.

The brand counts Kanye West and Rihanna as fans and has collaborated with the likes of Nike, Rimowa, Sacai, Converse and Gentle Monster. Ambush opened its first store in Shibuya in 2016 and was a finalist for the LVMH Prize in 2017. Ahn was hired by Kim Jones at Dior Men to lead jewellery design for the brand the following year, further propelling the designer and the Ambush brand into the luxury scene. 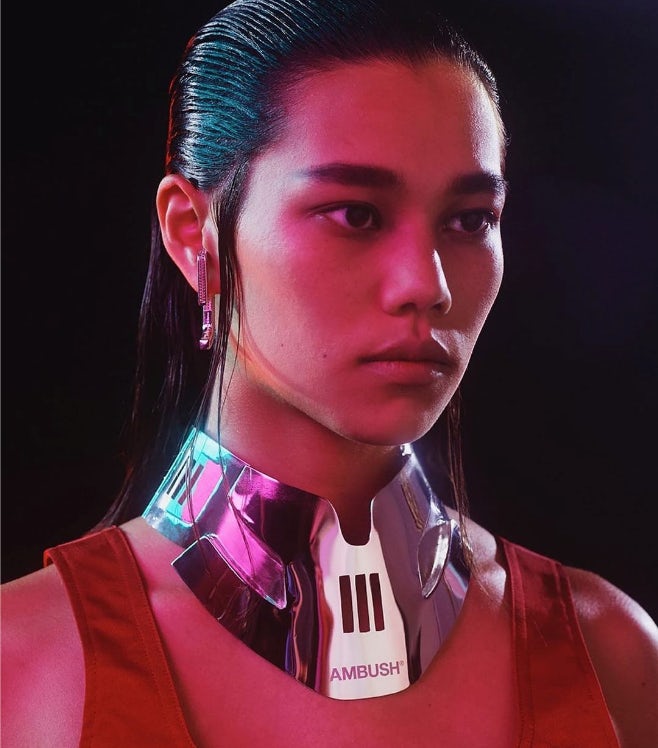 Despite Ambush’s name recognition with young and in-the-know fashion fans around the world, the business is still relatively small. It generates an estimated $22 million in annual sales, according to the brand. Jewellery is a key category, representing 30 percent of sales, and about half of total sales (online and offline) come from Japan.

“They did the right thing, they kept the market clean, they chose the best [wholesale] accounts worldwide, they did the right co-branding,” said New Guards Group Co-founder, Chairman and Chief Executive Davide De Giglio. “That’s the reason why the name is maybe bigger than their business.”

The gap between awareness and sales signals potential for growth, said De Giglio, who cited Ambush’s strength in jewellery and significant female consumer base, differentiating it from other brands in the portfolio, as additional selling points.

“We have established a very clear [idea of] what Ambush is about, visually, in terms of jewellery, and we can start implementing those elements into other categories at this stage,” said Ahn, who said she and Verbal sought a partner for Ambush not only to expand into new categories, but also to grow internationally.

She said building a global fashion business out of Japan is a struggle. “There aren’t that many internet companies that have the capability, especially in the retail space, to go globally,” she said. Language barriers have also been a problem.

The plan now is to grow Ambush’s retail reach internationally and add new categories. While some manufacturing will remain in Japan, like jewellery and denim, a significant part of the production of ready-to-wear will move to Italy where New Guards has an established supply chain designed to move product from conception to delivery in a matter of weeks. The Italian production system will also take on future handbags and footwear.

Most of Ambush’s design team will remain based in Tokyo, where Ahn and Verbal live.

With New Guards and parent Farfetch, Ambush also plans to expand its direct retail online and open physical stores outside of Japan.

While New Guards Group is known as a company that launches brands from the outset, thanks to its successful relationship with its largest brand, Virgil Abloh’s Off-White, only three of its eight brands were technically co-created. The rest were acquired, though often at very early stages. “I’m open,” De Giglio said when asked if he prefers to acquire or launch brands moving forward. “This is part of our vision, to find the right talents behind the brands... There is no one brand [in the group] that is similar to another.” More acquisitions are likely coming.

For Ambush, New Guards will accelerate growth in a competitive and increasingly consolidated luxury market.

“We know our limitations and we know our strengths, and we’ve had this conversation for over a year now,” said Ahn, adding that New Guards’ support will give her more time to focus on design. “We needed that production help to take our vision [to the next level]”

The platform model has become more popular for developing labels in recent years, as the wholesale market suffers and consumers expect better online service and delivery. So for new businesses without the access to extensive capital or infrastructure to deliver quickly and nimbly, the platform partner model -- and the shared logistics, financial and administrative services they offer -- has serious advantages.

That’s what Farfetch saw in New Guards Group when it acquired the highly profitable business in August in a cash-and-stock transaction worth $675 million, much to the confusion of Wall Street analysts who reacted by plummeting the marketplace’s share price. Farfetch billed the purchase as an entree into buzzy brand development and further vertical integration, while New Guards gained a potentially powerful partner to expand direct-to-consumer sales for its brands, which relied on wholesale or franchise partners for most of its sales.

“One thing that we were really missing was the direct-to-consumer business in terms of online,” De Giglio said.

In the next two weeks, he said Off-White and Palm Angels will be the first New Guards Group brands to relaunch their websites on the Farfetch platform. Even so, the company is growing fast. In the third quarter of 2019, the platform generated $63 million in revenue and $27 million in profit, and projected $80 million to $90 million in revenue for the fourth quarter (which has not yet been reported).