Dubbed 'Weapon,' the collection manages a tricky balance between functional and chic with hyper-female silhouettes, shaped for the artist herself. 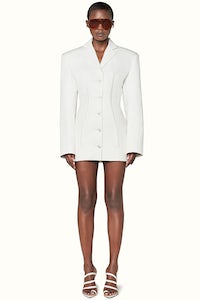 Dubbed 'Weapon,' the collection manages a tricky balance between functional and chic with hyper-female silhouettes, shaped for the artist herself.

PARIS, France — They had a nickname for Rihanna at LVMH in Paris while her fashion project was taking shape. People referred to her as M, for “Mademoiselle.” It was a tip of the cap to another female designer who enjoyed the same sobriquet.

I don’t think anyone is trying to claim that Robyn Rihanna Fenty is the next Coco Chanel — yet! — but there are some intriguing parallels. Here is a woman who has compelled the gigantic, male-dominated behemoth of LVMH to hand her the keys to the treasury, to launch a brand new fashion house founded 100 percent on her fearless, idiosyncratic ethos. Rihanna is the chief executive and artistic director of Fenty.

The one and only time Bernard Arnault made such a leap of faith previously was with the couturier Christian Lacroix in 1987. Genius, cause celebre, but never a commercial success. Rihanna already had the first-year sales of her colour cosmetics collection for LVMH under her belt as a lure. Half a billion dollars! Still, make-up isn’t a big ticket item like luxury fashion. So this is new territory, for everyone. 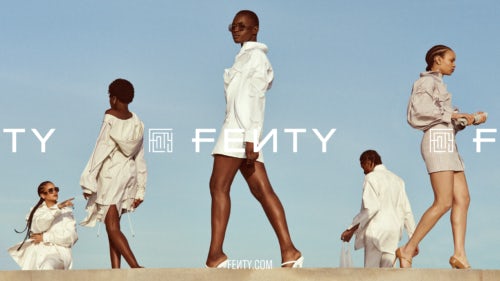 Or maybe not so much. Rihanna is an unstoppable force of nature. Eight albums, provocative collaborations, total digital single sales of 125 million in the US... This is what she did with her childhood dream of making music. Fashion follows closely behind: her mother Monica’s “badass style” and love of make-up were early, huge influences.

Making music, designing clothes — for Rihanna, they’re connected. At Fenty’s launch event in Paris on Wednesday, she talked about how a new album and a new collection demanded “finding the DNA, figuring out the ‘sound,’ pushing it further and then the release followed by the doubt, eight months later. Is it still good?” In both cases, she claimed, there’s pressure every single second to make it not just “good.” It has to be THE BEST.

So confident, so fearless and famously “badass” does Rihanna appear that pressure would be the last thing you’d imagine her feeling. “It’s all a facade,” she insisted about her winningly easy demeanour. She’s right. You listen again to her music, you trawl the racks of Fenty’s first drop (they’ll arrive digitally on a regular basis, like singles, until eventually, customers will have the concept album of an entire collection) and you get it.

Complete control, buffed and glazed by ambition. The kind that would impress itself on an empire-building tycoon like Bernard Arnault. “She reminds me of the boss,” Jean Baptiste Voisin, chief strategy officer for the LVMH group, admitted on Wednesday night. Rihanna’s own take? “I’m making sure I’m doing my boss proud.”

It’s telling that a key fabric in this first drop has the very purposeful label “Weapon.” It’s a cotton canvas that manages a tricky balance between functional and chic. Credit the strong silhouettes, shaped for Rihanna. “I’m a curvy girl, and if I can’t wear it myself, it’s not going to work.”

Release 5-19, the first drop, is tightly focused on the hyper-female cinched waist and the wide shoulder, but there are also hardcore Japanese denims and romantic cotton poplin blouses with billowing sleeves... and snapcrotches. And instantly I’m thinking of Donna Karan’s Seven Easy Pieces, the wardrobe revolution which launched Karan’s career in the Eighties. There’s the same sensual pragmatism in these clothes. Everything goes with everything.

The next drop will offer a different mood, the one after that something else. Multi-facets, building a composite “all over the place,” Rihanna said, “like my style. Sweats one day, a dress the next.” Critically, you’ll get them when you see them. “I’m greedy,” she added. She didn’t want to wait six months for something she’s seen on a catwalk, and she didn’t expect anyone else to either. LVMH didn’t demur. “Mr Arnault is not stupid,” Rihanna purred.

Her ascent to LVMH’s higher ground is the most extravagant expression of Rihanna’s need for more creative outlets. The woman has opinions (most recently on Alabama’s anti-abortion ruling) so the more platforms for them the better. “As an immigrant in America, it was a huge journey for me to get to Paris,” she said.

And now she’s arrived? “I feel like fashion, in general, has been stepping up and being vocal about issues, whether it’s subtly, or aggressively like Pyer Moss.” Where she fits into that evolving sensibility will obviously become clearer with time, but one thing that was obvious with Release 5-19 was its generosity. If there was something of the uniform — army, school — in the clothes, it suggested inclusivity rather than militancy.

Also in Paris was Jay Brown, the man who signed Rihanna to Roc Nation when she was 16 years old and has been a father figure ever since. Early on, he counselled that she should never let anyone tell her what to do. Inspirational for a Barbadian teenager making her way through the music industry. Of anyone in the room on Wednesday, Brown was most aware of his early protegé’s capabilities. He spoke of her kindness, her patience and her “gift of giving without receiving.”

And now that Rihanna was poised in the maw of the greatest fashion beast on the planet? “She’s not a puppet,” Brown countered. So I asked what else he thought she was capable of. He took his time replying. “To be determined,” he finally said.

In other words, a glorious work in progress. 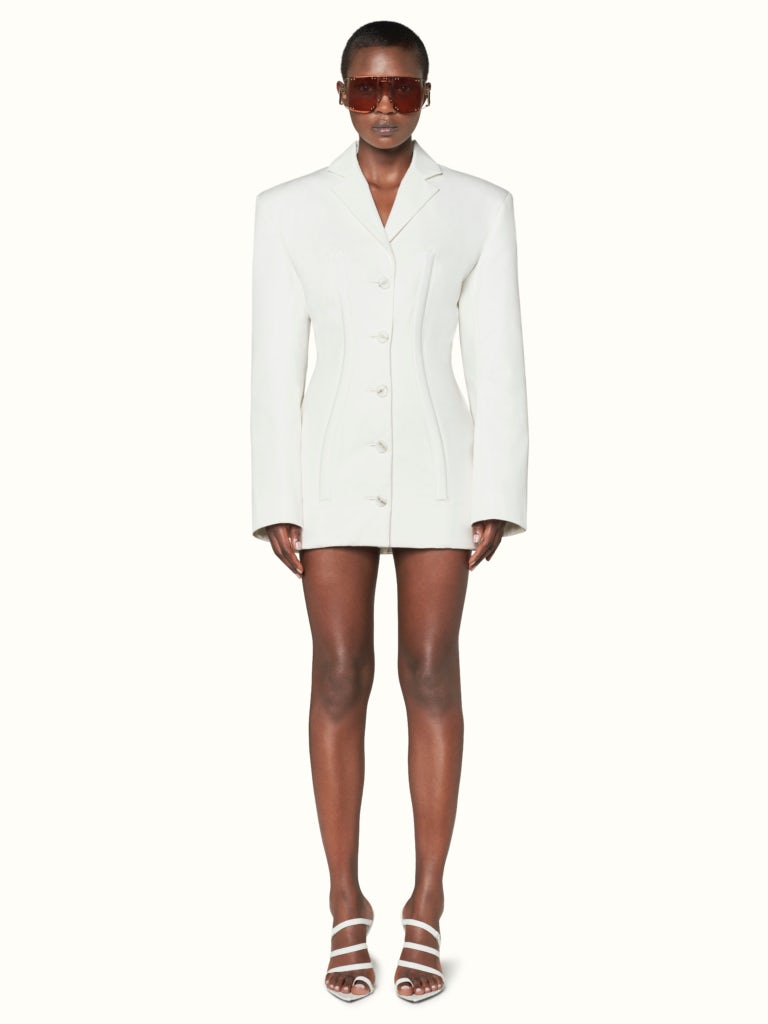 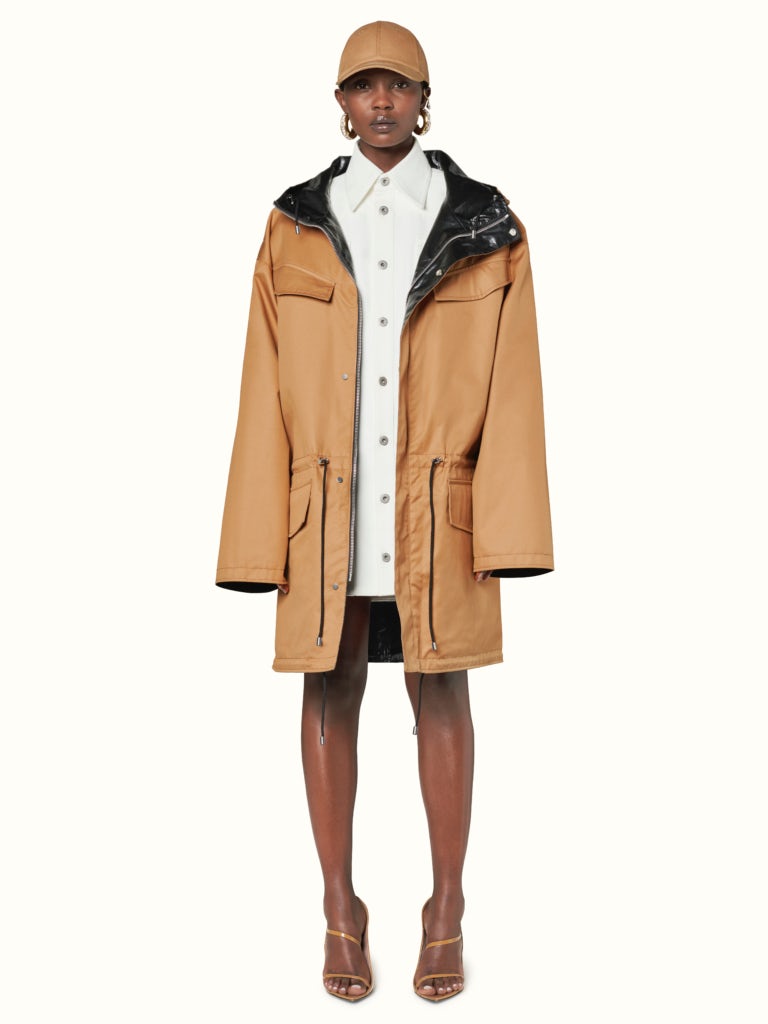 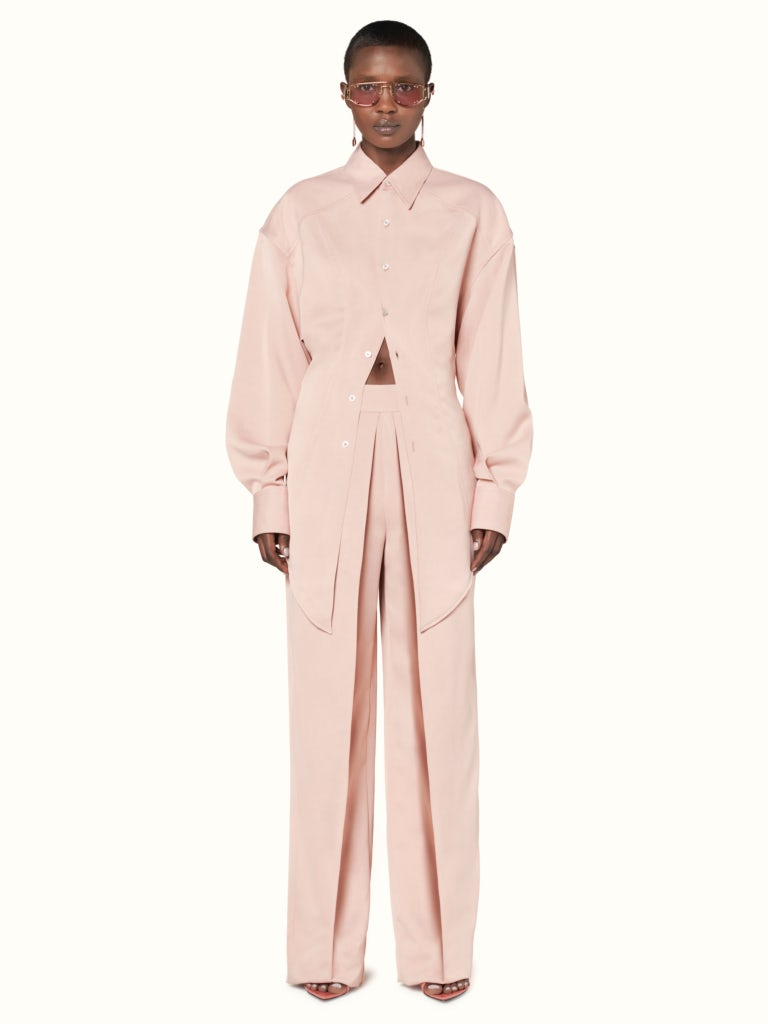 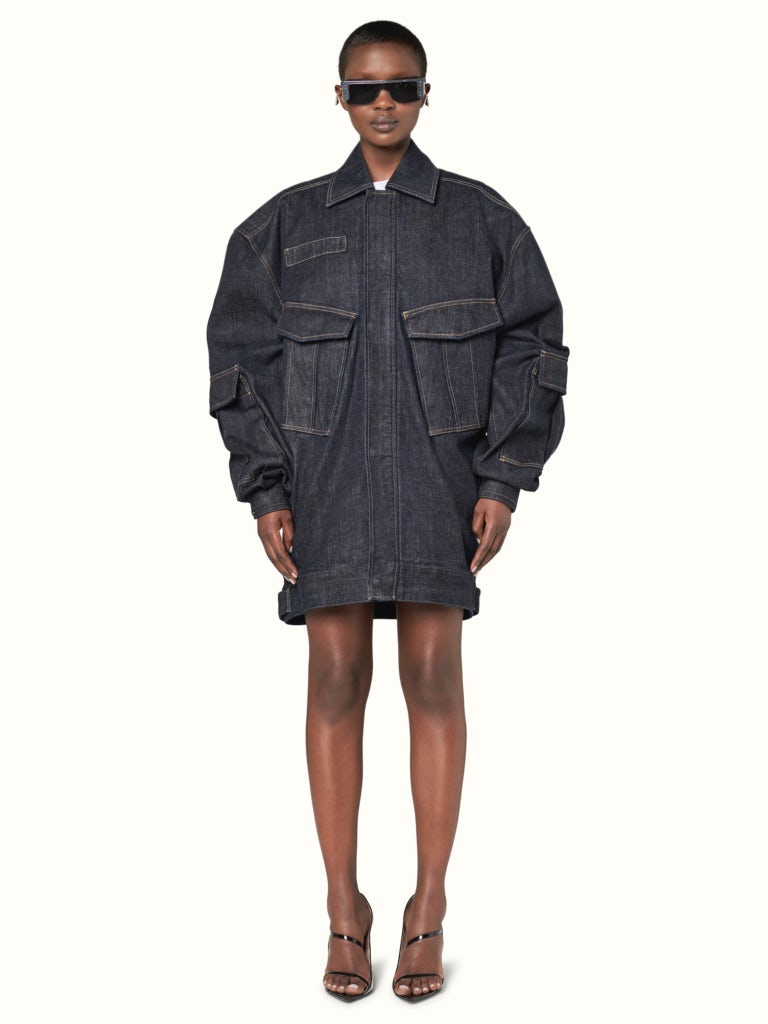 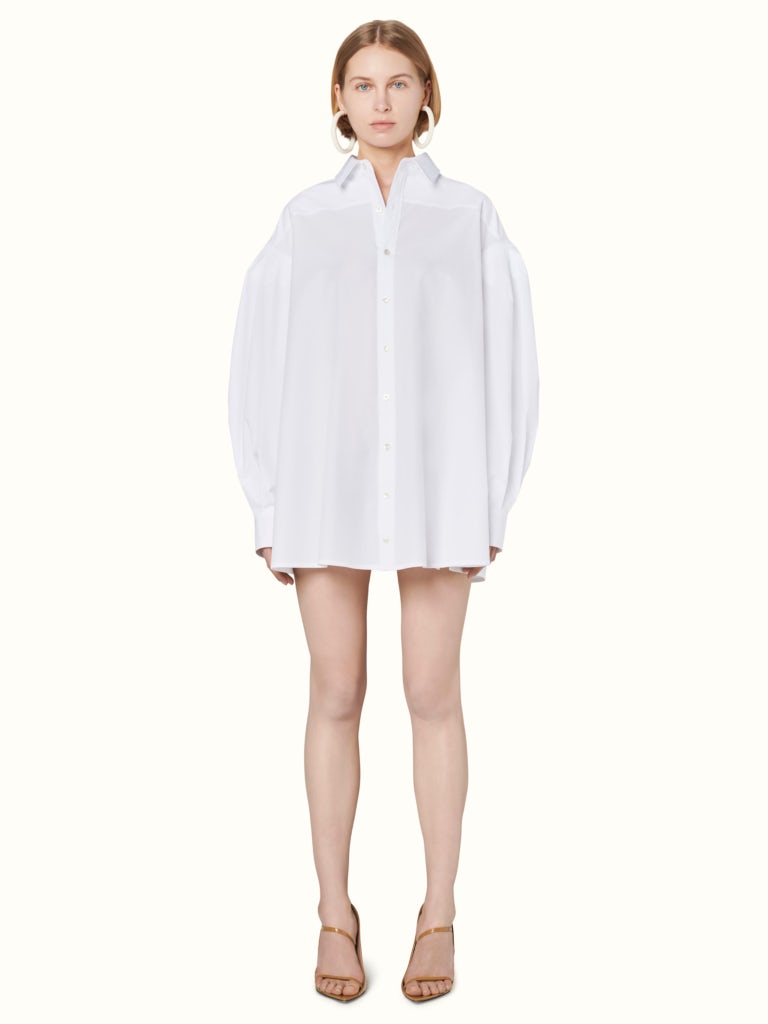 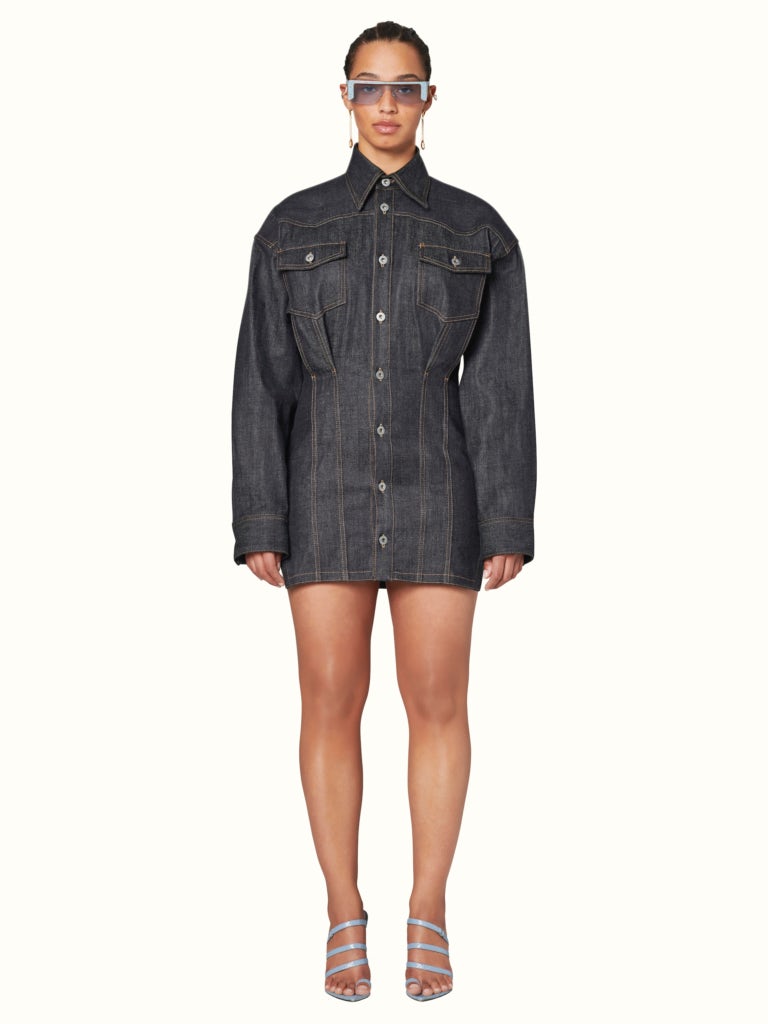 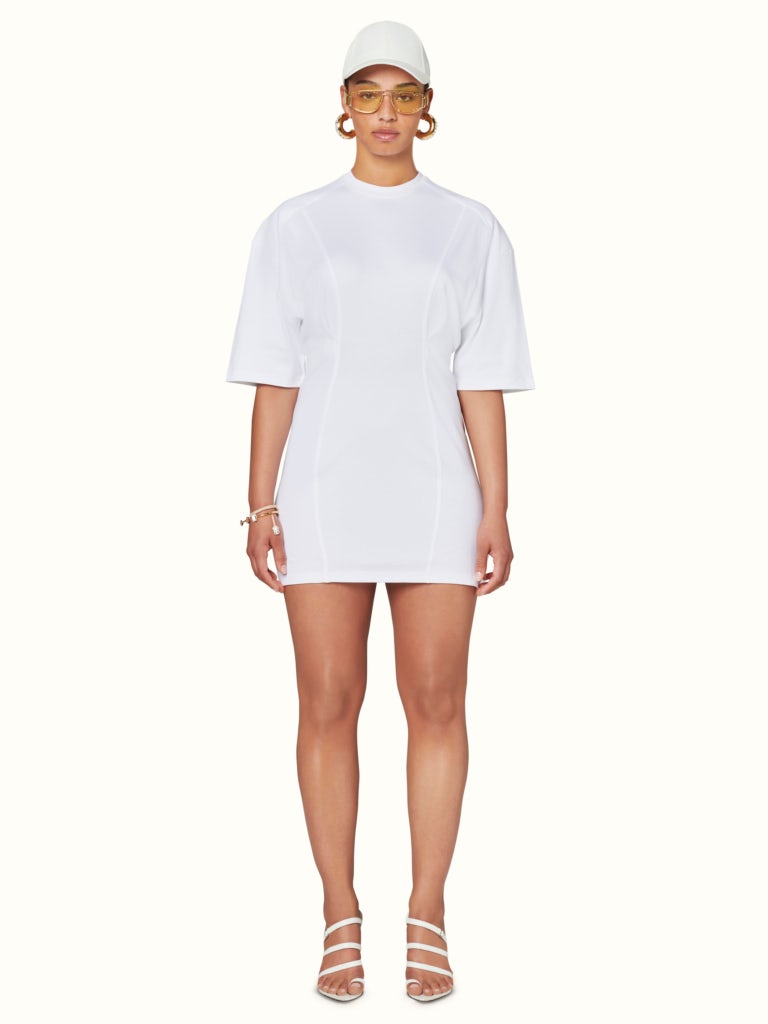 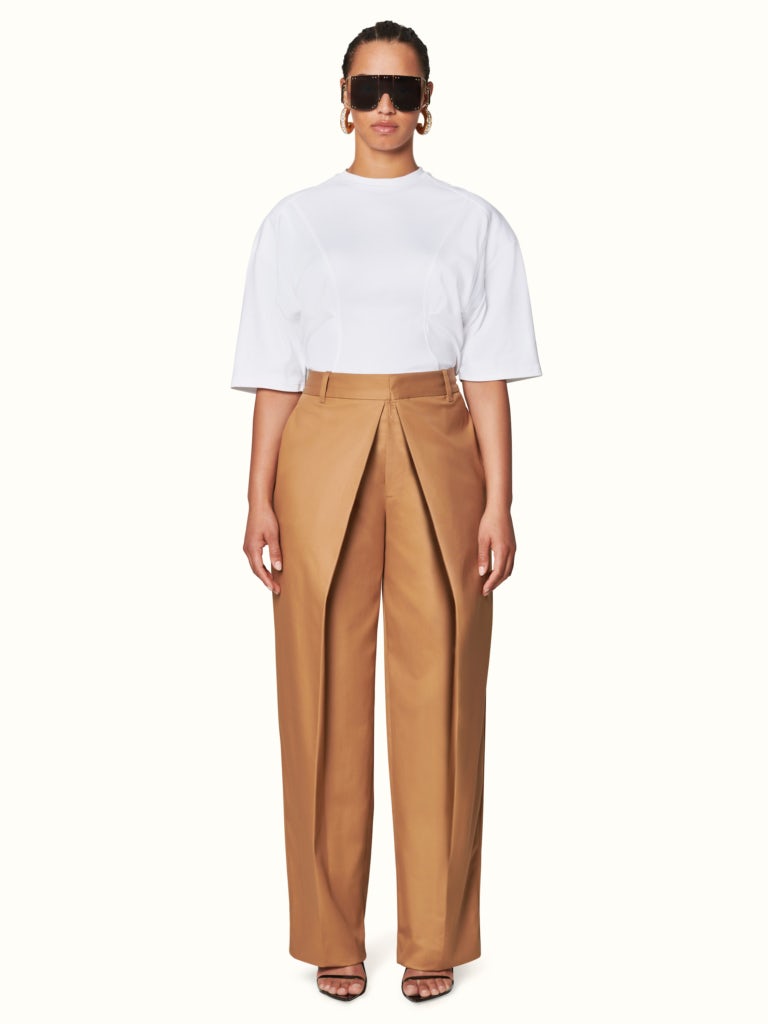 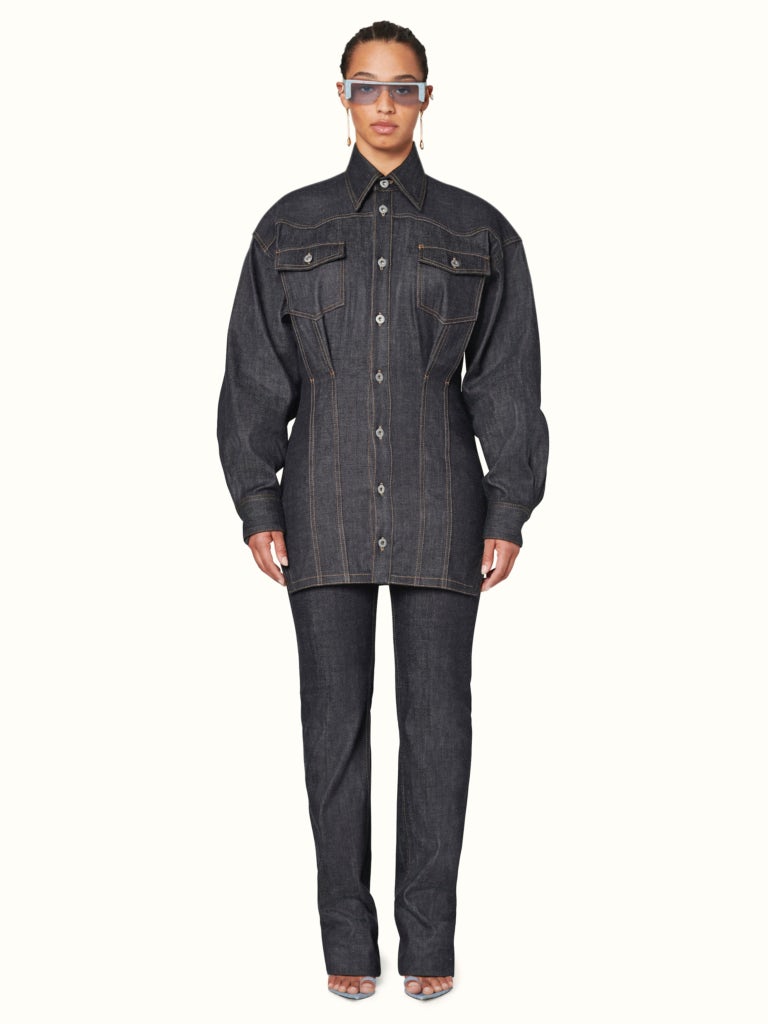 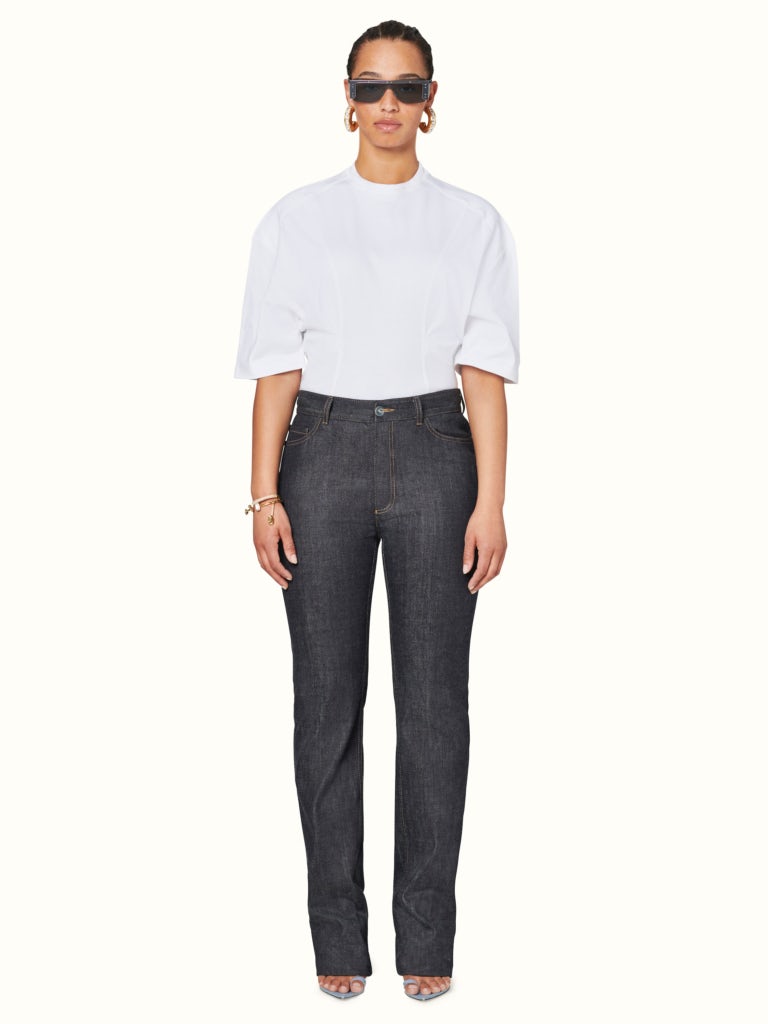 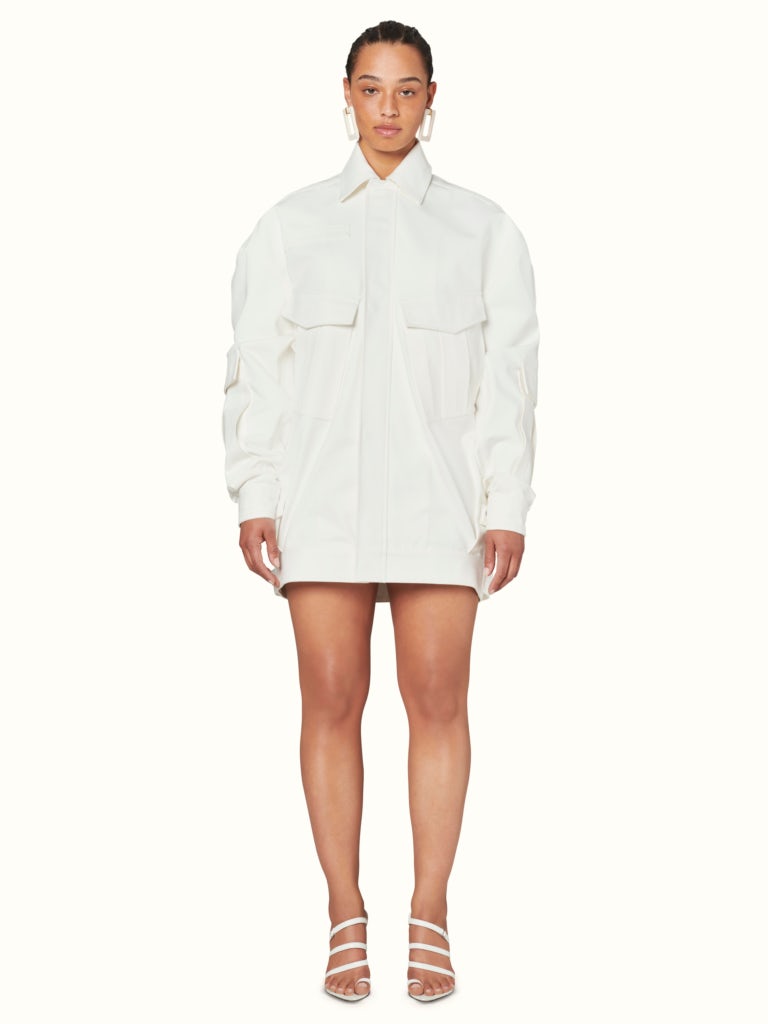 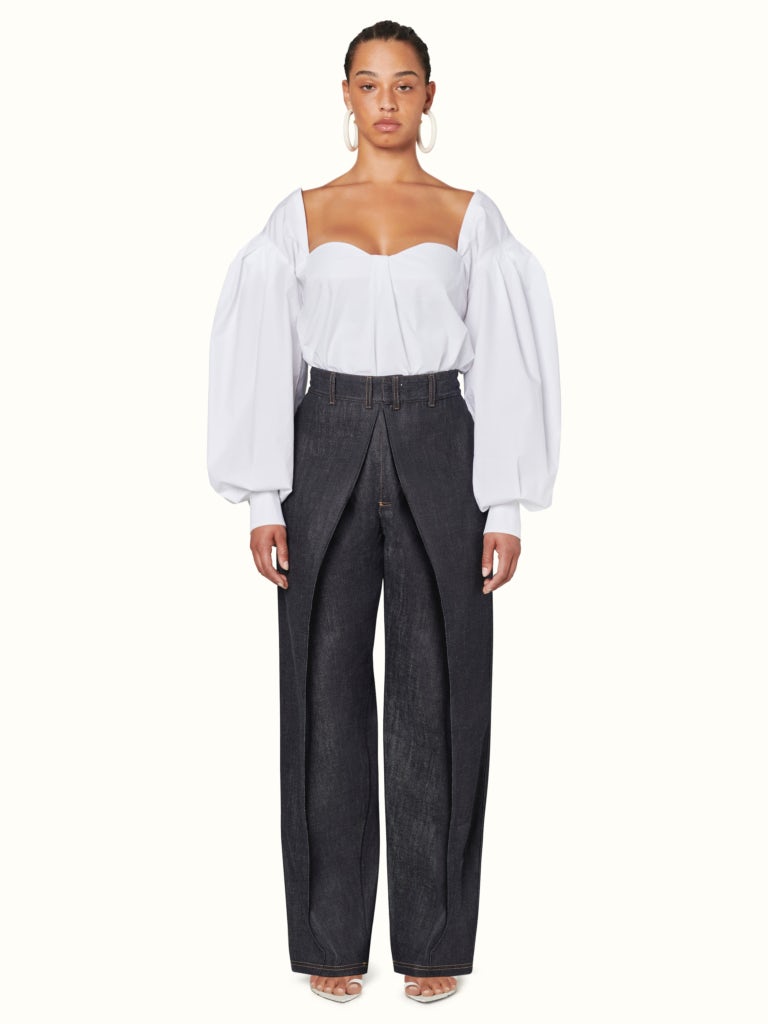 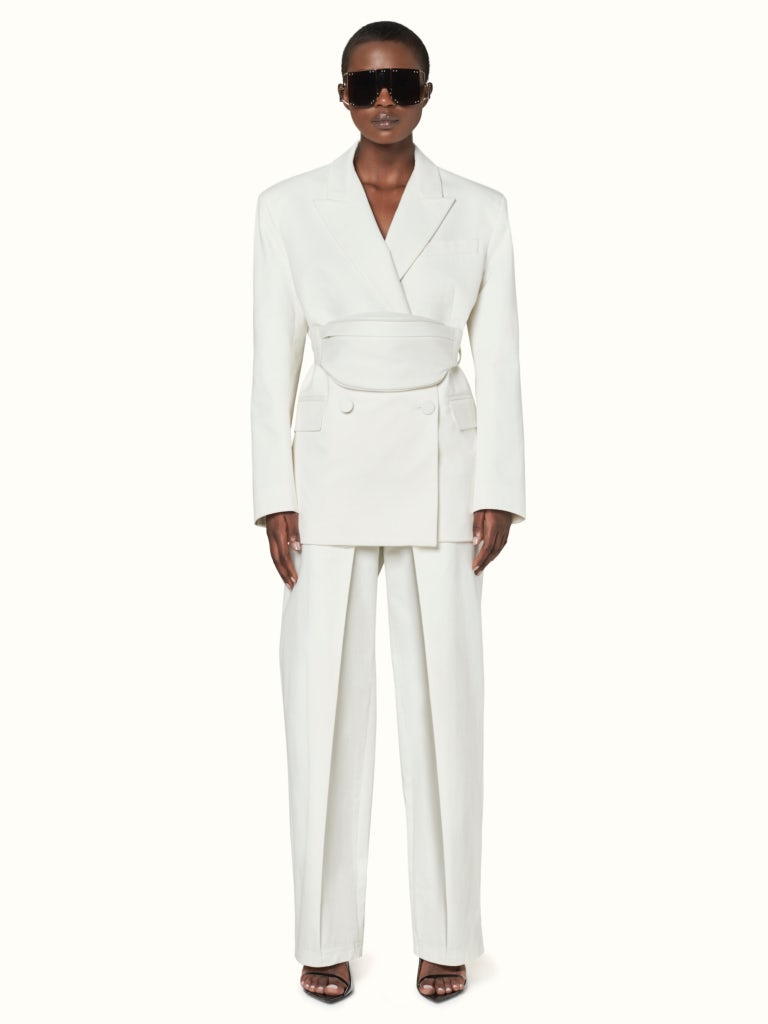 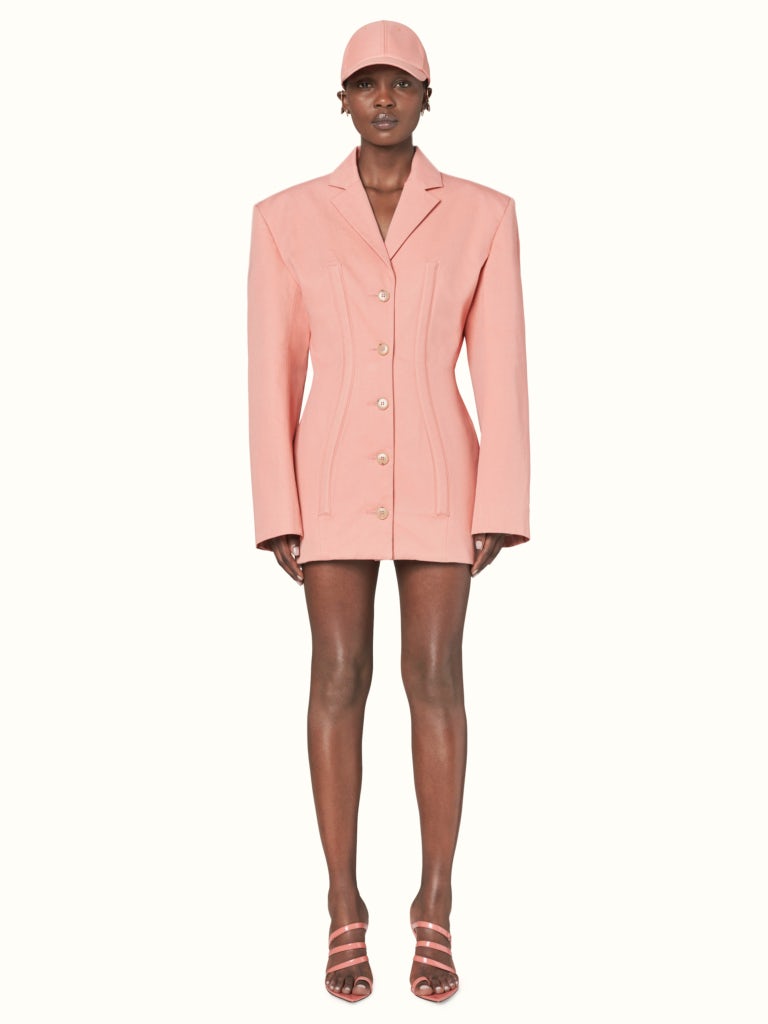 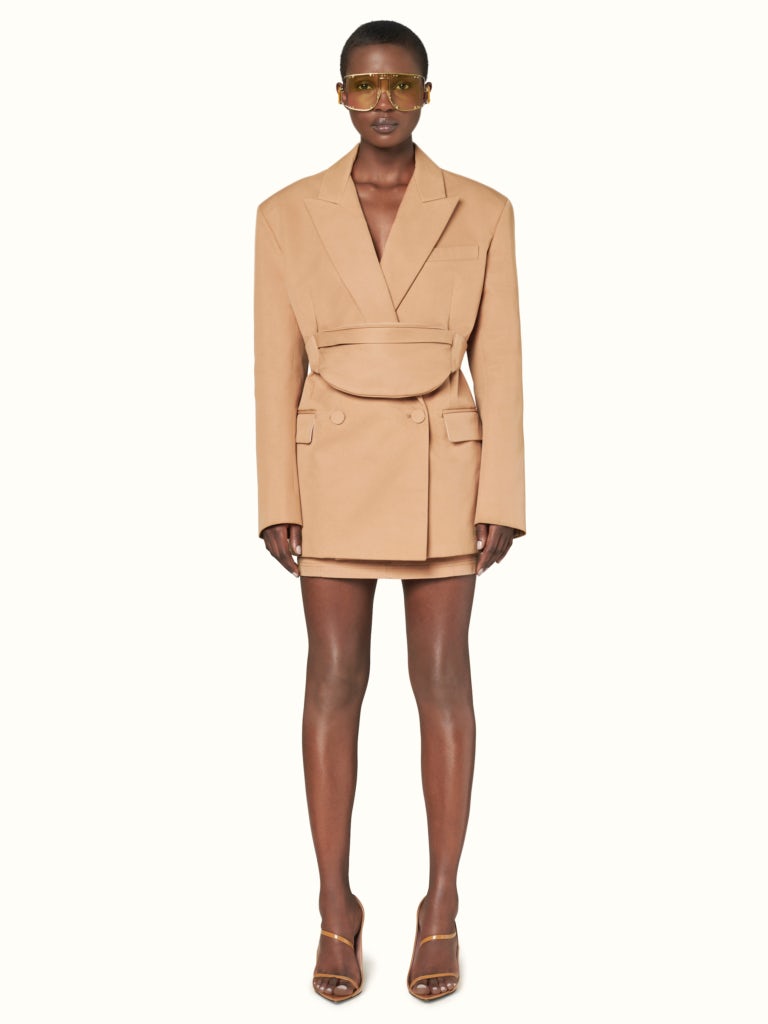 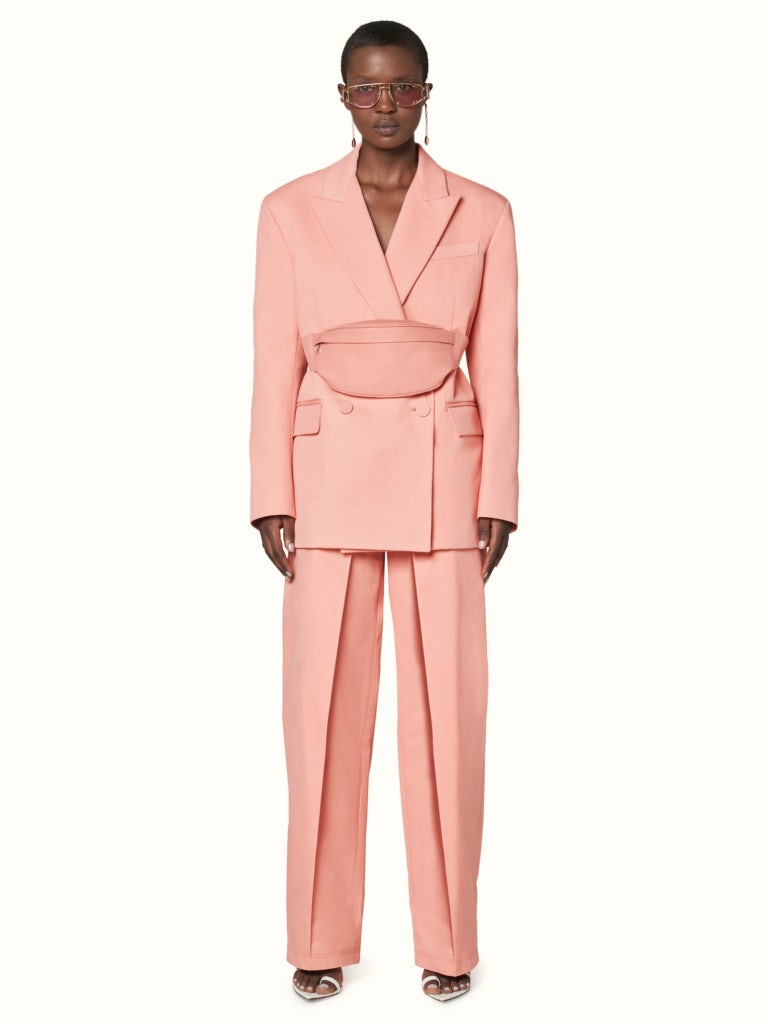 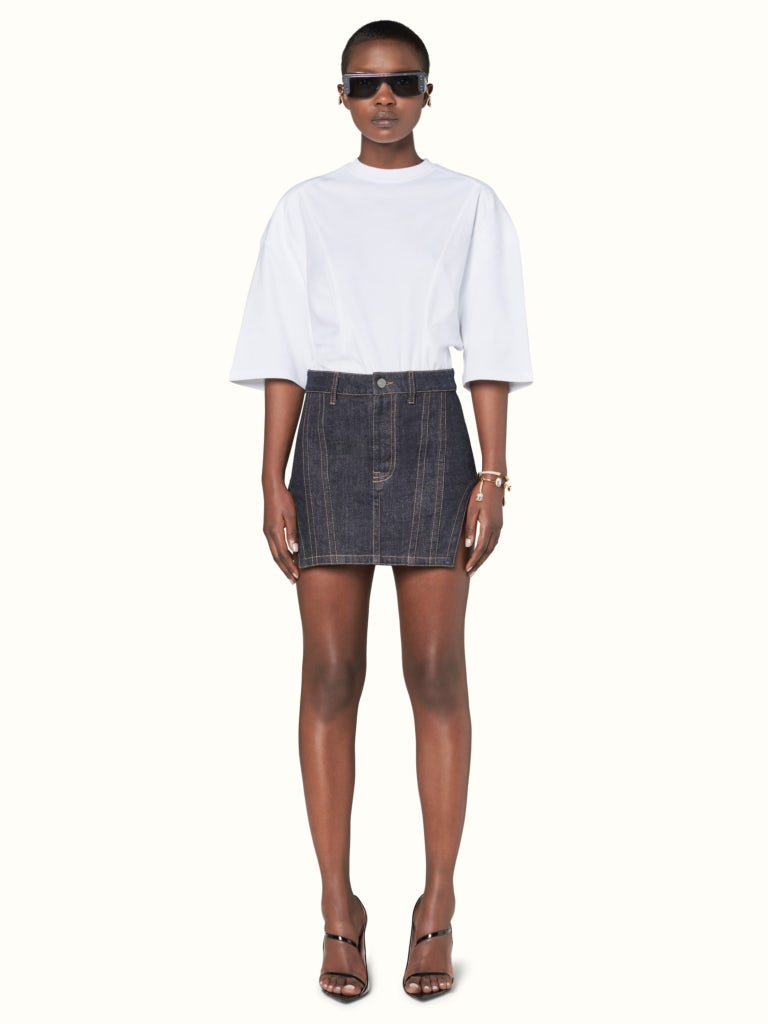