Convincing independent concepts are rare in the leather goods space, where cash-flush luxury groups have vacuumed up talent, materials and manufacturers and use their marketing heft to dominate the category. But a young London-based designer, Steven Ma, is hoping to buck the odds, and has managed to convince a strong cast of fashion insiders to support his brand out of the gate.

It’s the kind of line-up most emerging brands could only dream of having—especially for a debut collection. So who is the young designer who is making fashion’s stars align?

A Chinese national who graduated Parsons School of Design in 2016, Ma interned in the accessories department at The Row before moving to Paris to pursue a masters degree in luxury management. Beneath an unassuming, even shy demeanour, collaborators say the 28-year old designer has a knack for striking strong, personal connections and engaging in real talk about both life and design.

In the lead up to launching the brand, Ma nourished relationships in London’s fashion scene. Models Wong and Sadoch have become both muses and friends, while Stavros Karelis, Machine-A’s founder, agreed to be an advisor for the project and brokered key introductions, including to talent-spotters like Tomorrow chief executive Stefano Martinetto (whose company acquired Machine-A last year). 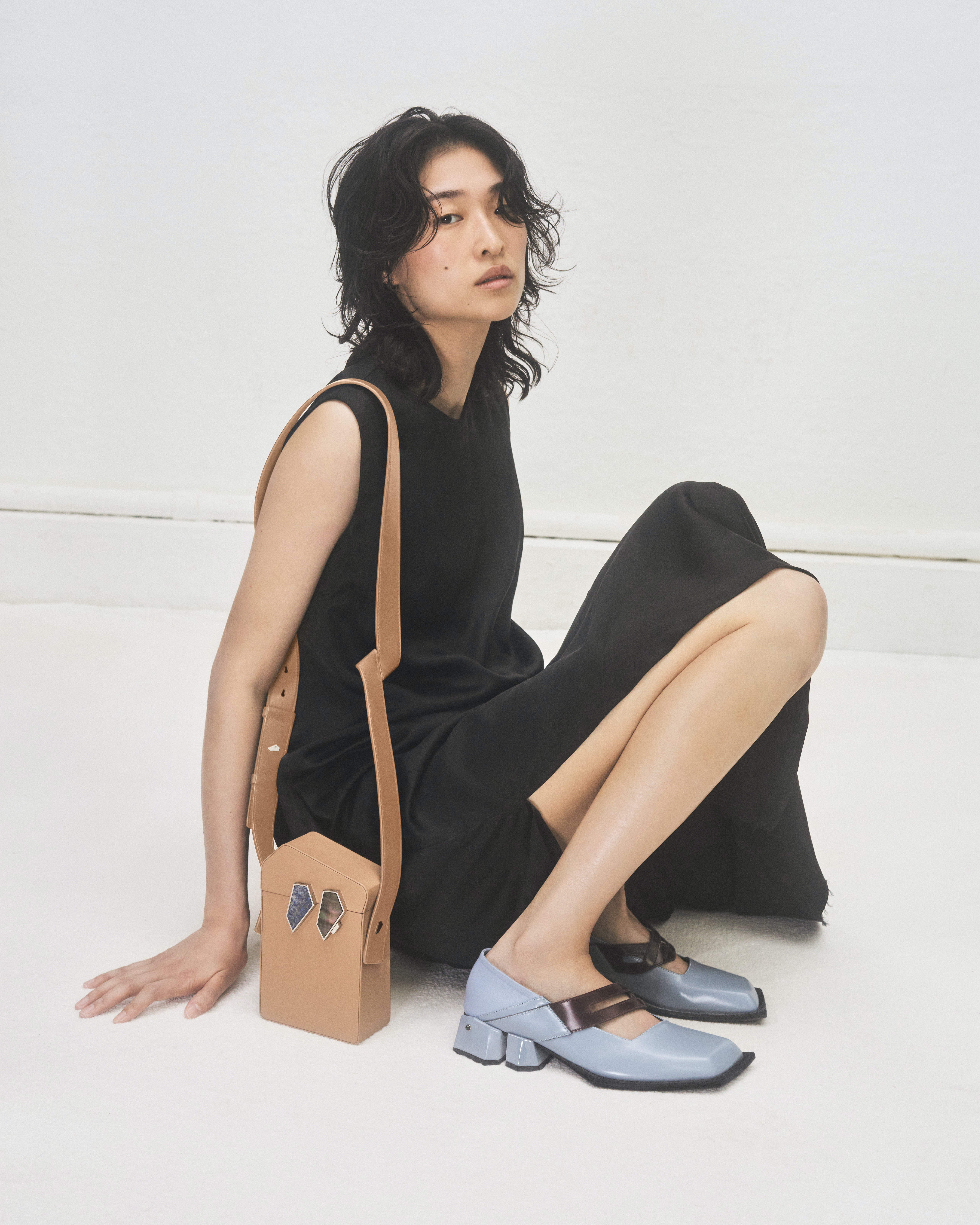 A focused design point-of-view — with geometric items that look both novel and timeless — and a commitment to using top-end Italian production certainly didn’t hurt, either. Ma says he spent two years searching for suppliers who would agree to help develop original moulds for the fledgling brand’s shoes and bags rather than relying on pre-existing components.

The result is a line up of products that look luxe and fresh in equal measure. Sleek, sculptural leather handbags are moulded around 3-D printed structures. Mineral embellishments in malachite, lazurite and mother-of-pearl provide a recognisable brand signature, as well as an earthy, talismanic counterpoint to the items’ futuristic vibe.

Ma left China as a tween. He headed to middle school at a boarding academy in Melbourne and later bounced between host families in student exchange programmes across the United States, living in Utah, New Jersey, and Tennessee, before heading to Parsons in New York City.

He also lived in Milan (for an exchange year at the Arsutoria leather school) and Paris (studying for a Masters in luxury management), finally settling in London in 2019. 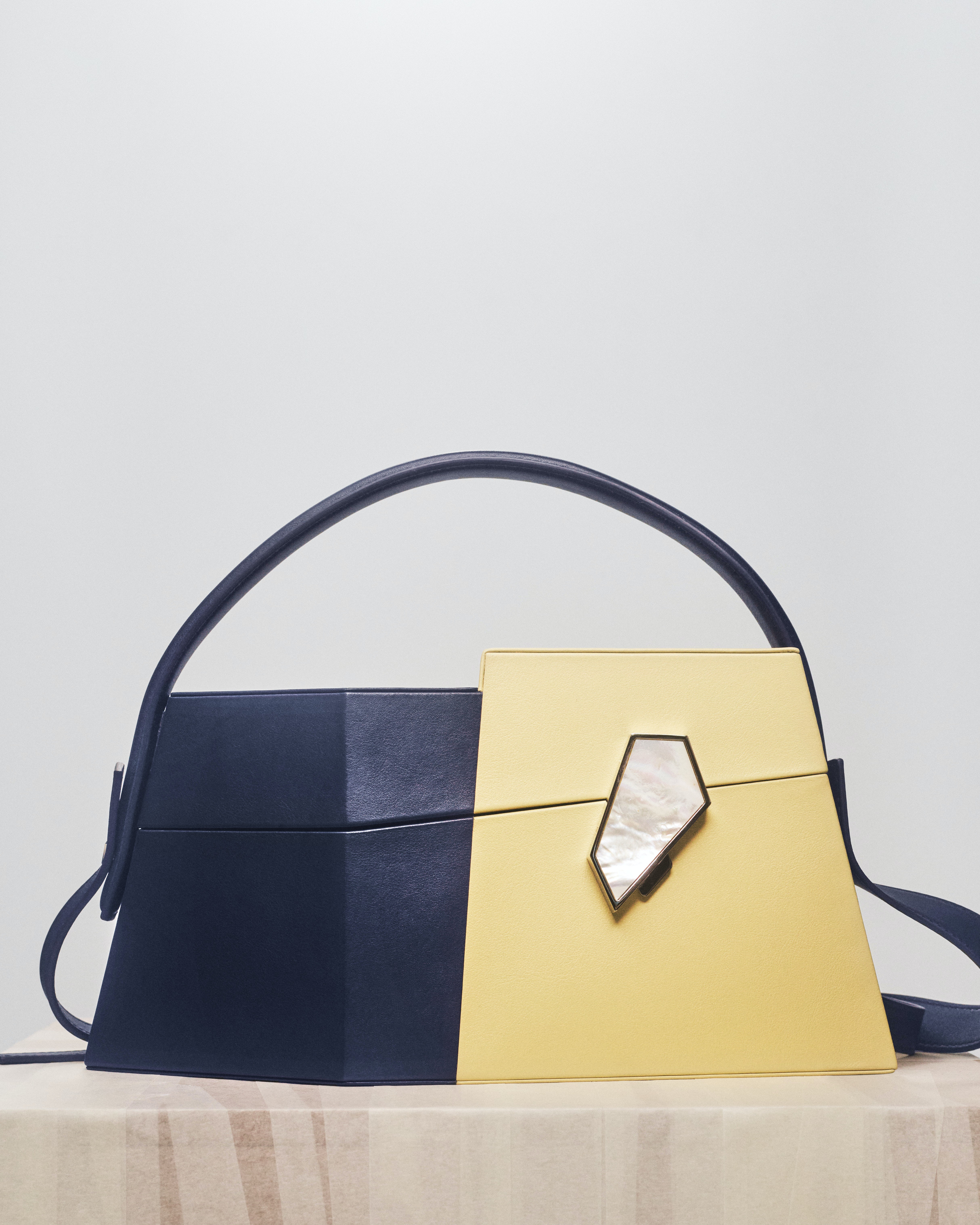 His nomadic adolescence taught him how to pare things back to the essential. “The privilege of moving around is that only what’s most important remains,” Ma said, speaking via video chat.

The designer is adept at imbuing deceptively simple design concepts with deeper meaning. The asymmetrical “Carry” handbag, for example, which looks like two sacs joined together, is meant to tell a story of transmission, evoking Ma’s mission of carrying on the legacy of family members living and deceased.

The brand’s irregular pentagon signature, cut from minerals and crystals, is meant to evoke “the beautiful differences in people,” Ma said.

“As Steven and I became friends, I felt that the way he talked about design and process, the way he envisioned his brand was very refreshing and very new,” Karelis said. “And when you see the bag on a table, in a display, it’s so pleasing to the eye.”

“The brand is very interconnected with his story and his experiences. It’s unusually luxurious for a first collection,” said Tomorrow’s Martinetto on why he decided to distribute the new label. “It felt like something very interesting from the beginning.”