Virgil Abloh’s appointment at Louis Vuitton is the biggest signal yet that luxury brands are tapping the cultural energy and business model of streetwear to stay relevant.

Virgil Abloh’s appointment at Louis Vuitton is the biggest signal yet that luxury brands are tapping the cultural energy and business model of streetwear to stay relevant.

Streetwear has captured the castle of European luxury. For many years, millennials have mixed their Supreme with their Dries Van Noten. But this week’s appointment of Virgil Abloh, the founder of haute streetwear sensation Off-White, as men’s artistic director of Louis Vuitton, one of the world’s biggest and most powerful luxury brands, underscores the magnitude of the shift and suggests that some of the industry’s largest players may be smart enough to disrupt themselves before they are disrupted.

At the heart of the shift is a new generation of consumers. Generations Y and Z are already the main growth engine of the luxury goods market, driving 85 percent of luxury expansion last year. By 2025, they are expected to account for 45 percent of total luxury goods spending. But this underestimates their influence. A “millennial mindset” is taking hold across the luxury market, changing the purchasing habits of all generations of consumers. And yet the values and consumption habits of millennials are at odds with the business models of many traditional luxury brands, which they see as uncool.

Indeed, many millennials view the traditional luxury brand playbook — with its glossy advertising, glitzy flagships and seasonal runway shows — as a tired and inauthentic marketing formula, tied to old-fashioned ideas of social hierarchy and extravagance. Instead, it’s edgier streetwear brands like Supreme and Gosha Rubchinskiy with their carefully cultivated ‘cred’ and innovative business models, rooted in cool but accessibly priced product and tightly controlled releases, that have captured their attention.

Underlying the streetwear explosion is a wider cultural shift: the rise of rap music and the mainstreaming of street culture. Each generation has its cultural touchstones and millennials are more in tune with hip-hop than Hollywood. It’s no surprise they turn to brands that reflect what they see as cooler and more authentic cultural associations.

What’s more, millennials are digital natives and streetwear is more in tune with internet culture on multiple levels. First, there’s the graphic visual approach that reads so well on screens. Then there’s the sense of snark and irony that also pervades the internet. See Abloh’s use of quotation marks ("little black dress" printed on a little black dress, for example).

There’s also the concept of drops: controlled releases of new products at a clip that’s far faster than the traditional fashion cycle and designed to drive consumer excitement with a constant stream of newness that’s more in sync with a world where expectations and trends are shaped at the speed of Instagram. Streetwear’s culture of product collaborations, too, is a powerful mechanism for driving newness at the velocity of digital media.

But as reality becomes increasingly virtual, millennials also crave what’s real: something with the power to drive physical experiences, belief and belonging. Once upon a time, music played that role, but when Spotify turned music into another cloud-based service, where the world’s catalogue of songs is available with a touch of your phone, streetwear started to take its place.

“Brands like Supreme and Gosha replaced musicians,” Rubchinskiy remarked to BoF when he launched his first fragrance back in 2016. Indeed, much like cult bands in the era before Spotify, streetwear labels now attract legions of loyal fans who see them less as traditional status symbols and more as markers of affiliation and catalysts of communal experience. Lining up with your friends for the latest Supreme drop is a lot like what lining up for the latest album from your favourite band used to be.

Luxury brands like Balenciaga have found tremendous success with millennials by breaking the traditional luxury template and embracing a streetwear-inflected approach. Balenciaga’s top-selling products include its Triple S and Speed sneakers. Gucci, another blockbuster success with millennials, has radically shifted its codes away from the high-gloss, status-conscious aesthetic (first put in place by Tom Ford) towards Alessandro Michele’s focus on radical identity fluidity and community.

That Balenciaga and Gucci are both owned by Kering is not lost on arch-rival LVMH, which owns Louis Vuitton and certainly saw the power of streetwear first-hand when Abloh’s street-smart predecessor Kim Jones (now at Dior Homme) debuted a blockbuster collaboration with Supreme. Now, LVMH wants a bigger piece of the action and is looking to Abloh to deliver.

But when the world’s largest luxury group embraces streetwear, there’s the danger that it, too, becomes yet another template, prompting some observers to wonder how long streetwear's luxury takeover can last.

While dilution is always a risk, make no mistake: streetwear is no fleeting fashion trend. It’s simply how a new generation of young men chooses to dress. And while the arrival of Abloh as men’s artistic director at Louis Vuitton and the installation of Jones at Dior Homme suggest LVMH is rethinking its men’s strategy, the rise of streetwear may also have implications for the women’s side of the business.

While Louis Vuitton still makes the vast majority of its revenue by selling its classic monogram bags, it’s telling that, of all the products designed by women’s artistic director Nicolas Ghesquière, the one that’s currently front-and-centre in the windows of flagships around the world and on the Instagram feeds of top fashion influencers is the brand’s Archlight sneaker. 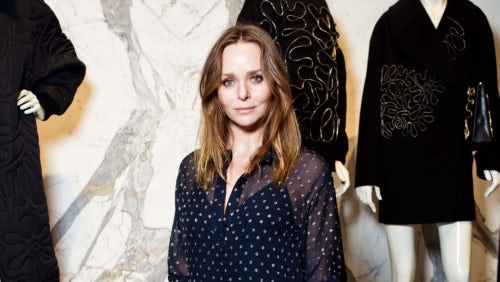 Kering confirms Stella McCartney split. The French luxury conglomerate is selling its 50 percent share of the label back to the designer after a 17-year partnership. The disposal of Stella McCartney comes at a time when Kering is streamlining its portfolio and focusing attention on fashion labels like Gucci, the group's cash cow, Saint Laurent and the still small but white-hot Balenciaga.

H&M profit plummets to 16-year low. Operating profit fell 62 percent to 1.2 billion kronor ($150 million) in the three months through February. H&M's already-downbeat forecast for the start of 2018 was exacerbated by unseasonably warm European weather in January, followed by a cold February. That forced the retailer to slash prices even more to clear its biggest inventory position in at least two decades. Last month, H&M forecast sales in comparable stores to drop this year and return to growth in fiscal 2019.

Lululemon beats estimates after CEO exit. Sales accelerated faster than expected last quarter, easing concerns that the resignation of chief executive Laurent Potdevin will disrupt its performance. The yogawear maker posted comparable-sales growth of 11 percent when accounting for currency effects and direct-to-consumer channels. Sales were $928.8 million in the quarter, which ended January 28.

J. Crew looks to Madewell for growth. Though overall revenue increased just 2 percent last quarter, it jumped 32 percent at Madewell, which has become a bright spot at J. Crew by appealing to millennials. It remains a small part of the company, but a faster growth strategy could put it front and centre of a potential turnaround, according to chief executive Jim Brett. 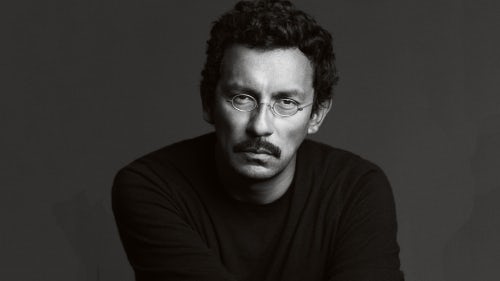 Haider Ackermann exits Berluti, in LVMH merry-go-round. The artistic director is leaving the LVMH-owned men's fashion house after three seasons. The announcement follows a series of changes on the men’s side of LVMH, including the appointment of Virgil Abloh at Louis Vuitton and Kim Jones as artistic director of ready-to-wear and accessory collections at Dior Homme. Berluti is expected to name a successor shortly, and some expect it may be Kris Van Assche, who recently departed Dior Homme to make way for Jones. In January, Hedi Slimane was named as artistic, creative and image director at Céline, where he will launch menswear, along with couture.

Gwyneth Paltrow's lifestyle company Goop raises $50 million series C. Investors in the round include NEA, Lightspeed and Felix Capital; the influx of capital brings Goop’s total outside investment to $82 million. According to the company, Goop will be focused on expanding e-commerce into Europe by the end of the year, as well as host overseas events. The brand is already growing rapidly, tripling revenue year-over-year for each of the past two years. It says it is on track to more than double revenue in 2018.

Band of Outsiders founder launches new venture. Scott Sternberg is launching Entireworld, a new apparel brand sold primarily direct-to-consumer, on April 2. The average retail price is $55. Product will be released based on consumer demand, likely about once a month.

Facebook under FTC investigation. The Federal Trade Commission has confirmed it was investigating how Facebook handles information about its users, after a number of regulators and law enforcement officials demanded to know more about the platform's privacy practices. The federal investigation and threats followed recent news that the data collection firm Cambridge Analytica, which worked on the 2016 Trump presidential campaign, gained access to the personal data of more than 50 million Facebook users.

Under Armour disclosed a data breach. The sportswear company said that 150 million MyFitnessPal accounts — including user names, email addresses and hashed passwords, but not financial information — were compromised. Under Armour bought the website and fitness-tracking app in 2015 for $475 million, when MyFitnessPal had 80 million users. The service has since more than doubled in size.

Walmart bets on Tencent in China payment war. The world's largest retailer has dropped Alibaba-linked Alipay in all its stores, after agreeing with Tencent to use its popular WeChat payment system. The move underscores how China's retail market is dividing into two camps around Alibaba and Tencent, tech behemoths worth a combined $1 trillion who are shaking up the online and offline retail market.