TOKYO, Japan — Thirty years ago in the crowded backstreets of Tokyo’s Harajuku district, a business blueprint for streetwear was created that would go on to disrupt fashion, retail and consumer culture as we know it.

This year, a joint report from PwC and Hypebeast estimated that streetwear makes up about 10 percent of the entire global apparel and footwear market. Off-White has placed first or second on the Lyst Index of hottest brands for the past six seasons running, and hoodies have become acceptable workplace attire well beyond Silicon Valley's start-ups.

Now, some fashion insiders argue that the streetwear aesthetic — graphic T-shirts, oversized hoodies, sneakers and technical outerwear — that has dominated runways and high street window displays in recent years has passed its prime.

When streetwear’s high fashion moment does come to an end, what will it leave behind?

Streetwear’s rise was fast-tracked into the luxury sector by big hires like Virgil Abloh's appointment as Louis Vuitton’s artistic director of menswear in March 2018 and collaborations including Dior Mens' recent tie-up with American artist Kaws. 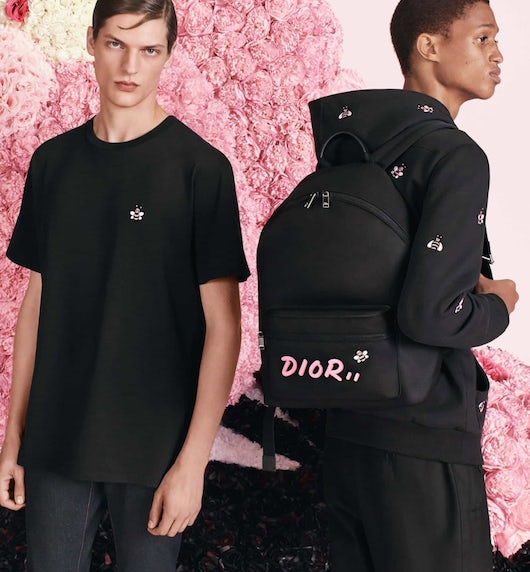 But luxury brands — once streetwear’s biggest fans — are moving on to new styles. At Raf Simons’ Spring 2019 show, the Belgian designer called for “a new outline, a new shape,” and sent male models down the catwalk in jewel-toned satin coats. “There are too many hoodies with prints out there,” he said backstage.

Another streetwear fan favourite, Helmut Lang, dwelled on tailored silhouettes for the brand’s Spring/Summer 2020 collection (nary a white sneaker nor oversized T-shirt in sight), while Dior’s latest menswear collection was a rethinking of the luxury house’s signature grey suit.

Melvin Tanaya, brand director at Song for the Mute, told BoF in an earlier interview, “we’ve had a few meetings with buyers in the showroom, who’ve said that streetwear is dying down. They’re looking for something new.”

'There are too many hoodies with prints out there,' Simons said backstage.

According to retail data platform Edited, new arrivals of men’s luxury T-shirts have declined 9 percent compared to last year, and a similar downtrend can also be spotted in women’s sneakers.

There isn’t a consensus on what will be the next fashion obsession moving forward, or whether shoppers will embrace any aesthetic with the same fervour. The likes of Thakoon Panichgul say tailoring is “the new streetwear,” while Mitsuhiro Kubo, owner, creative director and head buyer of Tokyo-based concept store GR8 has placed his bets on Matthew Williams’ Alyx. Oliver Smith, buyer and brand manager at the London outpost of 30-year-old Japanese menswear boutique Nepenthes, noticed workwear elements creeping into Spring/Summer collections.

The phrase “streetwear” is ubiquitous across fashion PR and marketing campaigns, but aficionados believe that what many know (and visually recognise) as streetwear is just a visual and verbal buzzword. “The term has become irrelevant... it’s been completely diluted,” says Nepenthes' Smith. 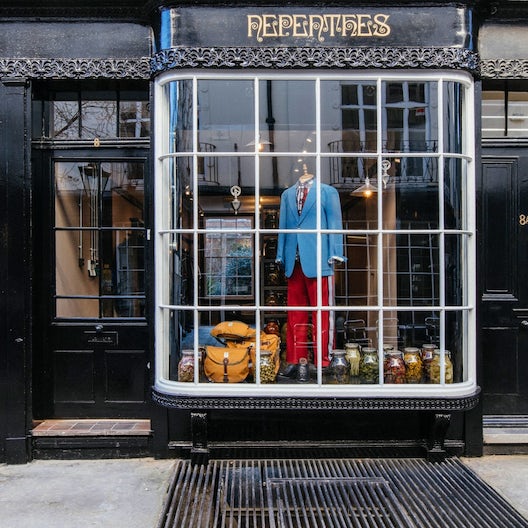 For Smith and other devotees, streetwear is rooted in the way that wearing clothing from skate and surf brands served as an indication of allegiance to urban youth subcultures. “Take Stüssy as the archetypal reference point — brands of the time were making a point,” he said. “It was about wearing a statement and you felt like you were a part of something.”

Making clothes and accessories from the streetwear lexicon does not in itself make a label a streetwear brand. Moreover, many PR and marketing pushes have failed to acknowledge or embrace streetwear’s deeper cultural origins.

“I think that streetwear is getting captured by luxury fashion and [is] losing its edge,” says Tokyo-based polymath Hiroshi Fujiwara, a designer, consultant and founder of creative consultancy Fragment who is also commonly referred to as the godfather of streetwear.

“It's a misconception [that] streetwear is a trend,” Christopher Morency, editor-at-large of Highsnobiety, tells BoF. Considering the history and influence streetwear has had on fashion beyond its more recent luxury and mass market moments, “surface-level adoption of streetwear is not what the way of dress stands for.”

“Surface-level adoption of streetwear is not what the way of dress stands for.”

Regardless, once streetwear is seen beyond its aesthetic tropes as a way of dress informed by youth culture, its real influence is apparent. “[Luxury and mass market brands have] always been informed by the way youth culture has dressed,” Morency said. “If the kids dress more [formally] tomorrow, and dress more in tailoring, this should still be considered as streetwear.”

Even if fitted, tailored silhouettes make more appearances in collections, streetwear’s reign will leave a legacy of comfort and leisure. “Because of the everyday comfort that consumers are now used to, I think tailoring will never be as prominent as it once was,” Smith said.

Beyond the role of hoodies and sweatshirts in the casualisation of workplace clothing, streetwear has also played a role in democratising fashion by drawing a broader group of shoppers into luxury stores and making premium items out of sneakers. As fashion's ‘great equaliser,’ streetwear brands and style have united consumers across geographic and class divides, giving validation to younger, edgier designers.

Meanwhile, streetwear’s impact on how fashion brands engage with consumers will outlast its aesthetic appeal, whether brands are adopting drops, designing for a streetwear audience, employing a less conventional marketing voice or all of the above. 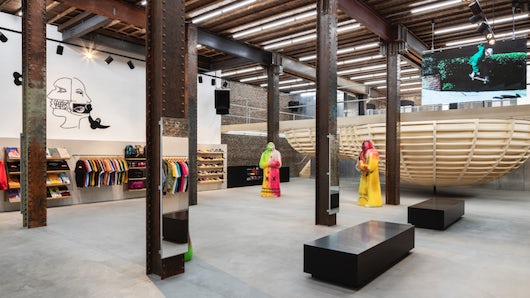 “The way of doing business hasn’t [peaked],” says Seiya Nakamura, the founder of global brand development and consultancy Seiya Nakamura 2.24, which works with brands like Namachenko and Stefan Cooke. “The culture, community, it feels less corporate now. Everything is human to human, people are making things happen quickly, the collaboration culture and way people [cultivate] communities will go on for longer."

“The biggest impact streetwear has had on the wider luxury industry is its subversion of what ‘luxury’ stands for,” Morency said, arguing that luxury has gone from being driven by high price points, exclusivity or heritage to focusing on “cultural credibility, community and responsive product that reacts to the wider cultural conversation.” Just last month, LVMH invested in Gen Z streetwear brand Madhappy, making clear its eagerness to engage with start-up culture and emerging business models.

Shifting away from a seasonal approach to merchandising and an influx of gender fluid fashion are also by-products of the streetwear boom. More fashion and beauty brands are marketing their wares around drops and media ‘moments’ than ever before, while releasing a wider range of miscellaneous lifestyle goods from candles to towels for their most devoted customers. “Streetwear has led this approach for decades. Luxury fashion has only just realised this,” Morency added.

While many brands have opted to adopt the streetwear aesthetic over substance, Morency noted that the likes of Alyx by Matthew Williams, Martine Rose and Noah by Brendon Babenzien have succeeded at going beyond streetwear’s visual cues to engage with their target communities, take a stance and champion their respective, distinctive DNA.

“All [these brands] have hints of streetwear in their labels that go beyond streetwear's aesthetic and instead adopt the community and collaborative-driven roots that are at the core of any streetwear brand.”

Loyal to the Lifestyle

“We’ve been going on for 30 years now and have a customer base who will always come back to those brands,” said Smith, adding that Nepenthes’ shoppers range from ages 14 to 75. “It’s who they are now.” Smith reckons that regardless of the streetwear look’s mainstream appeal, demand for products from brands like Braindead will remain strong.

“Of course streetwear is on its way down,” said Hirofumi Kurino, co-founder and creative director of Japanese retail giant United Arrows. “But if you’re a real skater, or you want a nice sweatshirt or trainers, you’ll continue to buy streetwear.” As a streetwear stalwart, Gr8’s Kubo is a devotee for life. “Anything that reaches its peak has to go down, it’s the fashion cycle,” he told BoF. “But streetwear is just daily clothes to me so nothing has peaked. Streetwear doesn’t change — the peak is [relevant for the] people that want new things.”

Arbiters of taste like Fujiwara, Kubo and Kurino alongside shoppers loyal to their favourite retailers, will keep streetwear brands going as the rest of fashion moves on. “They’ll keep doing what they’re doing,” said Smith. “If the price point is good and can still reach out to that original streetwear culture, that makes it truly streetwear.”