The direct-to-consumer footwear brand is opening its first brick-and-mortar store in Los Angeles after a $24 million Series B funding round.

The 400-square-foot space in Palisades Village, Los Angeles, is set to open its doors in autumn 2018, and will be joining several female-founded brands including Anine Bing and Jennifer Meyer.

The store is one part of a new growth strategy following a $24 million Series B funding round led by existing investor New Enterprise Associates, with participation from Quadrille Capital, a new investor. The round brings the total amount of capital raised by the brand to $37 million.

While there were no concrete plans to open a physical outpost after the Series B funding round in June, a space became available in the Pacific Palisades neighbourhood, so the company seized the opportunity. “It would be the perfect place for us to open in terms of the location, the customer base, who our neighbours are, the size of the store and what we can do,” said Mellon. 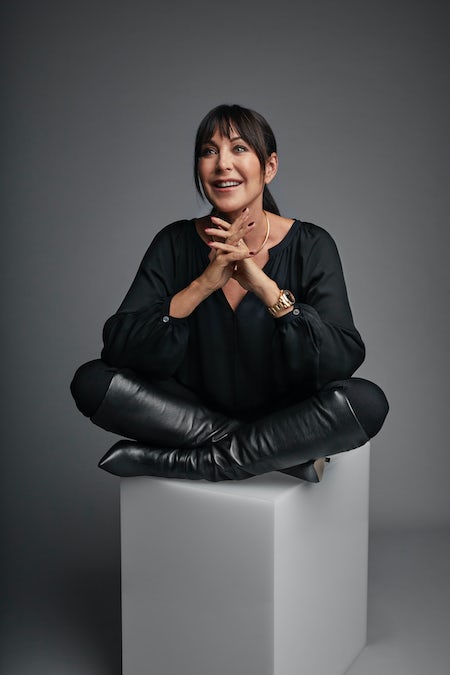 Having disrupted the traditional fashion calendar — Tamara Mellon drops shoes monthly with four-to-six new styles per month — it is also reimagining what a store should look like. Rather than introducing high-end technologies or experiential events, the space will feature shoe displays where every size will be available and at reach, taking the pain-point out of time-consuming interactions with sales clerks.

While the company declined to disclose financial results, it says the brand grew threefold in the first half of 2018 and has an average order value of around $700 — figures that investors found encouraging, alongside the company’s disruptive business model that upended the luxury footwear market.

The funding, said Tamara Mellon co-founder and chief executive Jill Layfield, will be used to build up the team from 15 employees to 30 by the end of the year, as well as space for the team to operate in. “We moved into new headquarters in LA.” The executive said the firm would also test new retail and marketing channels as well as expand product assortment.

While Tamara Mellon has remained direct-to-consumer, avoiding traditional wholesale channels, it still looks to marketplaces and platforms that approach retail differently to partner with. “It’s undoubtedly a fact that our customer still shops in different channels,” said Layfield. “The best retailers are finding creative ways to partner with DTC brands and not that traditional wholesale model of delivering twice a year.” Partners have included Net-a-Porter and Goop, with a Farfetch launch towards the end of the year.

As to whether the brand will expand into new product categories, like handbags, Mellon and Layfield remain modest. “There’s definitely opportunity for other categories,” she said, “[but] we feel strongly that winning our category first and owning the right. We’re focusing on footwear.”