NEW YORK, United States — Last night, thousands of financiers, real estate brokers and fashionistas attended Hudson Yards’ opening party without even coming close to filling up the 1 million-square-foot luxury retail behemoth. The spirit was jovial - helped by copious amounts of free food and ubiquitous open bars - but between sips of Champagne, one question lingered on everyone’s mind: will it work?

Or as one freelance photographer put it to a BoF reporter: “So this is just a mall, huh?”

Malls are suddenly back in fashion. Later this year, the American Dream mall is slated to open just across the river from Hudson Yards in East Rutherford, N.J. Though it may receive a fraction of Hudson Yards’ hype, its ambition is in some ways grander: the development will span 3 million square feet and include an indoor amusement park, as well as a flagship Barneys.

Both projects arrive at a time when the traditional brick-and-mortar store is on its last legs. US retailers have already announced over 5,000 store closures this year, already approaching last year’s total and raising the spectre of a repeat of 2017, when the phrase “retail apocalypse” first gained widespread usage.

The stores and malls that survive must abide by a new set of rules, which were on full display at Hudson Yards. Gone are the days of the tastemaking department stores — even Neiman Marcus, the development’s highest-profile anchor tenant, reportedly reduced the size of its first New York City location by a quarter to a still mega 188,000 square feet. Chain stores featuring wall-to-wall racks of clothes are out of fashion as well. Another Hudson Yards tenant, The Conservatory, touts itself as a “living, breathing website,” with merchandise available to try on, but not to take home (brands instead ship purchases directly to customers’ homes).

Tellingly, the restaurants were the most popular spots at the Hudson Yards bash. The development features over 20 food and beverage options, from Shake Shack to Michelin star-collecting chef Thomas Keller’s Tak Room. The $25 billion development also boasts an art and performance venue as well as an Instagram-worthy structure composed of interlocking staircases called the Vessel. American Dream, on the other hand, promises roller coasters, an indoor ski slope and a water park, making the stores feel almost like an afterthought in their own mall.

All of which brings us back to the original question: will it work? These developments must do more than diversify their tenants, given that hundreds of malls have closed across the US over the last decade, with hundreds more likely to follow. They must become destinations in their own right, like Hudson Yards’ next door neighbour, the High Line (or MetLife Stadium, home to two NFL teams, in the same Meadowlands complex as American Dream).

And if people do come, will they shop? It’s likely that many tenants in both malls received heavily subsidised rent, but if sales don’t materialise, one could imagine these developments morphing into complexes even more overwhelmingly devoted to dining and entertainment. Perhaps in five years, we’ll be hailing Hudson Yards’ lavish new movie theatre in space currently occupied by high-end concept stores, many of which are on short-term leases.

Hudson Yards spent $2 billion building the retail portion, a fraction of the project’s overall costs. But the developer is not counting on retail to drive its return on investments. Office leasing is much more profitable, and if anything, the mall would serve as an amenity to the tens of thousands of people that work there — regardless of whether Dior or Fendi successfully posts sales.

And even if these new mega malls do succeed, are they replicable? Or are we headed for a world where brick-and-mortar retail is concentrated in a few mega-developments situated near the wealthiest cities, with everyone else shopping at Walmart or Amazon? 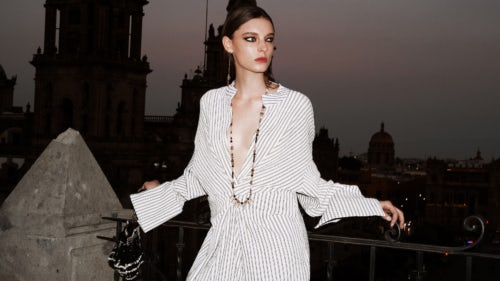 Inditex's earnings growth slows to weakest in five years. The Spanish Zara owner's shares fell as much as 6.1 percent, after reporting the weakest earnings growth in five years, showing it is not immune to the retail malaise that has burdened rival H&M. Operating profit rose 1 percent to 4.36 billion euros ($4.9 billion) in the 12 months through January. Analysts expected 4.41 billion euros. The company is cutting capital expenditure to about 1.4 billion euros this year from €1.5 billion last year.

Britain's luxury sector warns of £6.8 billion loss from no-deal Brexit. The UK's luxury industry, which includes names such as Burberry and Bentley, could lose up to £6.8 billion in exports a year if the world's fifth-largest economy crashes out of the European Union without a deal. About 80 percent of Britain's luxury goods go overseas, and Europe is its largest market. Research commissioned by Walpole indicated that up to a fifth of British luxury exports would be at risk if the UK left without a deal on March 29.

Levi’s IPO shows denim is back in the war against yoga pants. One of the world's biggest denim brands, Levi's has filed a plan for an initial public offering that could raise as much as $587.2 million. It plans to sell 36.7 million shares, priced at $14 to $16 apiece. The company has faced rapid changes in consumer tastes as people shop for cheaper brands and athleisure apparel. However, the jeans category in the US grew 2.2 percent to $16.7 billion in 2018 after four straight years of declines.

Ferragamo core profit fell 14 percent in 2018. The luxury shoemaker has struggled in the last two years to rejuvenate its brand and captivate younger customers. In July, it appointed a new chief executive, Micaela Le Divelec, after former boss Eraldo Poletto's failed attempt to revamp the business. The company had reported in January a 1.4 percent decline in full-year like-for-like sales. Earnings before interest, taxes, depreciation and amortisation (EBITDA) fell to €214 million ($243 million) in 2018.

Adidas slumps as retro shoes wane and it attempts to revive Reebok. Adidas shares fell 6 percent after predicting slowing sales this year. Reissues of Stan Smith and Superstar shoes have given the brand a boost in recent years, but sales of these models are easing. Adidas has also closed under-performing Reebok stores and spent more on marketing. While Reebok’s revenue fell 3 percent in 2018, its costs came down even more, and Adidas chief executive Kasper Rorsted said he expects it to finally start expanding. 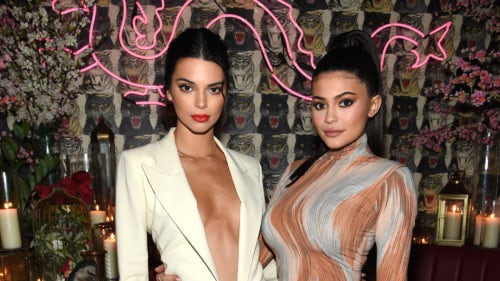 A Kylie Cosmetics x Kendall makeup collaboration may be in the works. Having collaborated with almost every family member except her older sister Kendall, Kylie teased the collaboration on Instagram explaining that Kendall's contract with Estée Lauder was the reason it had not happened until now. This week, Ulta reported fourth-quarter sales  — up 9.7 percent year-over-year to $2.12 billion — that beat estimates, fuelled by the influence of celebrities who promote cosmetics brands and their own lines.

Amazon reported to launch exclusive beauty brand. Reports have emerged that the e-commerce giant launched its own exclusive beauty brand last week. The line, called Fast Beauty Company, comes to the market care of Amazon’s brand accelerator program and includes hydration products enhanced with collagen, a collection of charcoal-based products, masks, moisture creams and makeup removing wipes. Most of the products are available to buy from $5.

Some Claire's makeup contains asbestos and shouldn't be used, FDA says. The regulator warned consumers not to use the products, although Claire's disputed the findings. The FDA said it issued the warning because the American retailer refused to comply with its request for a recall. In a statement, Claire's noted that it removed the three products identified by the FDA from its stores "out of an abundance of caution." Asbestos is a mineral that can cause cancer, among other diseases. 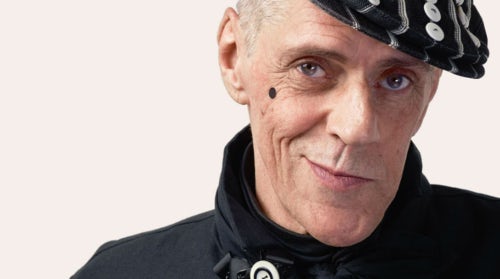 A London memorial was held for fashion alchemist Judy Blame. Designers, photographers, artists, musicians, editors and more gathered at the Union Chapel in London for the memorial of Judy Blame, one of fashion’s best-loved and most stylish multi-hyphenates. It was an emotional spectacular, from the flower-filled black carriage pulled by black-plumed horses parked outside the chapel to the final reading by Nelson Nash.

Sonia Rykiel creative director exits. The 50-year-old French fashion brand has confirmed the departure of its creative director Julie de Libran, who joined the company in 2014. The news of de Libran’s exit comes as the fashion house searches for a new investor.

Model calls out stylists on black hair at runway shows. Model Olivia Anakwe called out hairstylists for not admitting to being unable to work with her textured natural hair backstage at Paris Fashion Week. The model was told she would be wearing cornrows in the show, but once she arrived, hairstylists refused to do her hair. A black nail stylist was allegedly pulled from her job to do Anakwe's hair for the show.

Willy Vanderperre has a new Instagram project. The photographer, known for his striking campaigns for Prada and Raf Simons, is launching a series of “collectable items” — a limited-edition run of only 25 pieces, dropping on the 15th of each month — on his newly created Instagram page and website. Vanderperre will also release his second book early May with publisher Idea Books.

Stitch Fix opens at highest since October. Shares jumped the most ever after the online subscription and styling service reported a beat-and-raise quarter fuelled by customer gains and improved inventory management. Analysts said they saw more room to grow, as Stitch Fix is set to roll out initiatives in the UK and the kids segment.

African e-commerce firm Jumia files for IPO. Borne out of German start-up investor Rocket Internet, Jumia has filed for a New York initial public offering, which could value the firm at $1.6 billion or more. Founded in 2012, the platform offers online shopping, logistics and payment services. In 2018, revenues were €130.6 million, up from €94 million the previous year. However, losses also rose, from €165.4 million in 2017 to €170.4 million in 2018.

Zara to roll out denim customisation pop-up. The retailer is latching onto the customisation trend that has seen shoppers able to create their own Levi's jeans or design their Nike sneakers in-store. Pop-up customisation corners in three Zara stores in Amsterdam, Barcelona and Milan will embroider words on 13 different denim designs from a €19.95 pair of shorts to a €39.95 jacket from March 27.