One year after his seminal debut runway show, is the designer's overhaul of the PVH crown jewel working? BoF does the analysis.

One year after his seminal debut runway show, is the designer's overhaul of the PVH crown jewel working? BoF does the analysis.

NEW YORK, United States — It’s been a year since Raf Simons presented his first runway collection for Calvin Klein, setting the stage for a new era at the PVH-owned megabrand. Last February, on a set composed of fringed banners and strewn American flags created by artist and frequent collaborator Sterling Ruby, the designer earnestly patchworked a collection of ideas — cowboy boots, Western shirting, banker blazers, blue jeans — that together formed a European transplant’s take on an all-American quilt.

Reviewers raved, although the excellence of Simons' runway outing surprised few. The real question was whether the Belgian designer — whose work at Jil Sander and Christian Dior was far removed from the core marketing concepts driving those brands — could more deeply makeover one of America's most iconic fashion houses which had, for decades, been riding on the coattails of its namesake designer's original vision. Calvin is about minimalism, sure, but it is also about sex and provocation. Did Simons have the marketing chops to bring a new energy to the label without letting those core tenets fall away?

To be sure, Simons’ work for Calvin Klein — which accounts for nearly 40 percent of PVH’s revenue and generated $3.1 billion in its 2016 fiscal year — will ultimately be measured far from the runway, in shopping malls and department stores where the label generates the vast majority of its sales from items like home goods (think bedsheets), denim (think dark), underwear (think tight and white) and fragrance (which generated $132 million from royalties in 2016) — all boosted by the power of its formidable brand marketing machine. “Calvin Klein’s core business is not clothes — that’s not the money spinner,” says Nivindya Sharma, director of retail strategy and insights at trend analytics firm WGSN.

This means Simons’ overhaul of Calvin Klein’s marketing strategy, which has included campaign collaborations with the Andy Warhol Foundation and the Kardashian clan alike, will have far greater impact on the brand’s future than his designs, despite the company's aim to turn its ready-to-wear offering into a viable business.

While Calvin Klein declined to comment for this story, BoF tapped multiple resources to analyse social media conversations, sales information and online search data to gauge how good Simons has been for PVH’s crown jewel — and whether the effects will be lasting. 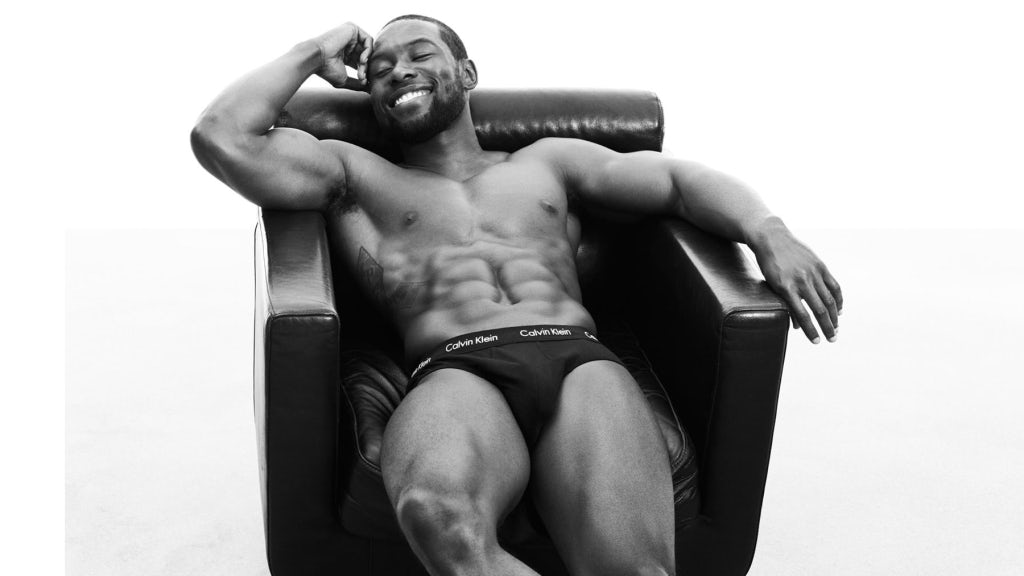 Perhaps Simons' most significant contribution to Calvin Klein thus far has been his dogged persistence in harmonising brand messaging across the label’s many product categories. Previously, Calvin Klein jeans, Calvin Klein Home and Calvin Klein Collection (the former name for the company’s high-end line, now called 205W39NYC) were only loosely connected, if at all. Today, there is a more solid link between the more affordable denim and the premium denim, a through-line between its high-concept Willy Vanderperre-lensed 205W39NYC advertising and his shots of the Kardashian family, which posed for the latest #MyCalvins denim and underwear campaign.

“I would argue that this is probably the most distinctive vision for the brand that we’ve seen,” says Sharma. “The marketing all has a very similar feel and vibe, and that’s something that has been missing for Calvin Klein. It wasn’t a struggling brand, but one creative vision could have a real impact.”

That said, Simons still has a long way to go. Searches for Calvin Klein product have remained steady year-over-year, according to data provided by fashion platform Lyst. But Calvin Klein ranked 49th in Lyst’s 2017 Hottest Brand Index, which analyses Google and Lyst search data generated by over 70 million consumers. This puts the brand far behind Gucci, Balenciaga and Vetements.

Another way to measure brand impact is social media analysis. Calvin Klein’s Instagram presence has steadily grown over the past year to more than 11 million followers. A spike in both followers and engagement in January 2018 can be directly attributed to the Kardashian partnership, although how long that effect will last remains unknown. January 2018 alone accounts for 6.1 percent of all posts and 9.3 percent of all social actions — likes and comments — from the past two years. Every other major move by the brand pales in comparison, save for the men’s underwear campaign starring the cast of Moonlight.

From January 2016 to January 2018, there were 2.19 million Instagram posts by 645,637 users that generated 592.8 million likes and comments around the Calvin Klein brand, according to digital solutions agency Preen.me. (A respectable 11 percent of posts specifically mentioned #MyCalvins — a major initiative — while only 0.14 percent of posts referred to #205W39NYC.) However, the conversation was muted around most of Calvin Klein's major marketing moments when compared to other megabrands, such as Chanel, which sees a large swell of activity every time it stages a runway show or event.

“It’s clear Calvin has a loyal social base and while the Kardashian collaboration and subsequent marketing efforts are working, they’re not enough by themselves,” concluded Haggai Klorman, co-founder and chief operating officer of Preen.me. “More of this calibre of mega-celebrity partnerships, combined with wider grassroots efforts, would accelerate the brand further.”

Big Question #3: Is it selling?

Retail doors for Calvin Klein 205W39NYC — the new moniker for the ready-to-wear collection — jumped from 34 to more than 300 in Simons' first season. But how is the designer's vision, which extends far beyond the reaches of the runway, resonating commercially?

To begin with, there’s evidence that the high-end collection is indeed selling. “The industry’s excitement over Raf Simons’ debut at Calvin Klein last February has translated into consumer sales,” says Katie Smith, retail analysis and insights director at fashion data analytics firm Edited. “A year after launching the renamed Calvin Klein 205W39NYC online, the collection has outperformed its competitors.” From May 2017 to date, the line’s sell-out rate — meaning products that sold-out entirely — was 10.9 percent compared to 3.4 percent at DKNY, 5.6 percent at Hugo Boss and 6.4 percent at Giorgio Armani, according to data provided by Edited.

Calvin Klein is certainly striving to transform its designer offering into a viable business, but it's more about the halo effect than anything else. While PVH projects that the brand’s revenue for fiscal 2017 will be up 9 percent from 2016, a good deal of those sales will have come from products far from the realm of Calvin Klein 205W39NYC, including housewares, fragrance and lower-priced apparel — especially abroad, where the brand still has plenty of upside according to analysts. 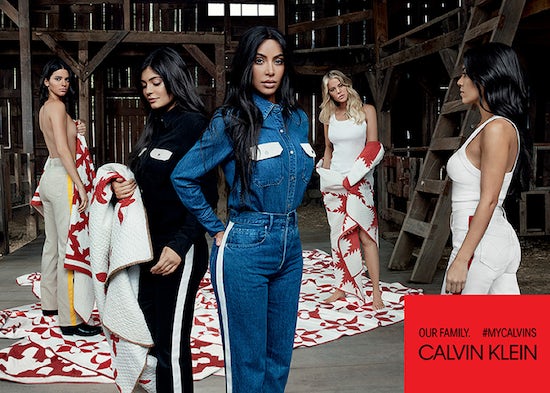 In fact, in the third quarter of the 2017 fiscal year, Calvin Klein generated $943 million for PVH, up 6 percent from the same period a year earlier. However, sales in North America, its biggest market, declined, in part due to a deconsolidation of the business in Mexico, which cost $20 million. A pull back on discounting in the wholesale channel also contributed to the drop. However, analysts consider both moves course corrections that will be beneficial in the long run. “Our data is generally telling us that discounting across the premium category in the US has increased,” Sharma says. “Calvin Klein, on the other hand, sees its value holding on.”

“It’s the best-performing brand in the US wholesale channel right now — it has gained a lot of share,” says John Kernan, managing director at research firm at Cowen & Co. This is particularly true in underwear, where 34 percent of items are replenished after selling out, according to Edited. (In 2012, PVH bought Warnaco, the company that produced Calvin Klein underwear through a license agreement. The deal gave PVH more control over the product and distribution.)

However, real growth is coming from abroad, with revenue reaching $467 million in the third quarter of fiscal 2017, up 20 percent from the same period a year earlier and attributed to a strong performance at wholesale in Europe and an increase in directly owned stores. “International the key area right now,” says Kernan, noting that “Raf brings a European point of view.”

The designer’s most significant contribution may be his dogged persistence in harmonising brand messaging across the label’s many product categories.

To be sure, Simons’ dystopian, cool-and-calculating interpretation of Americana couldn’t be further from the sex-driven, slicked-up minimalism of Calvin Klein’s past. While that may be a turn off for those who revelled in the old Calvin Klein, the change in feel may be attracting consumers who were previously less familiar with the brand: those abroad, but also Millennials and members of Gen-Z.

“The big takeaway is that Calvin Klein is very important to PVH; there is a lot of growth opportunity in international markets,” says Bridget Weishaar, senior equity analyst at Morningstar. “They’ve done a lot of work premiumising the brand image, moving it into more full-price channels and results of that investment have been paying off.”

Big Question #4: Where should Simons go from here?

Strong brand messaging may help, but Simons will also need to create must-have products — in particular, accessories — that create the sort of fervour generated by today’s most successful mega-brands. (According to Lyst, when broken down by product category, people search for Calvin Klein sunglasses more than any other category.) While Simons has designed a broad range of handbags and shoes for his 205W39NYC line, he has yet to produce a certified hit. In 2018, doubling down on accessories could lend the brand the awareness Calvin Klein needs in order to filch more market share.

“There are enormous opportunities,” says Weishaar. “We think brand strength can yield a sustainable competitive advantage that crosses product lines. That way, it doesn’t matter if jeans are hot one year and home is hot the next.”