New York, United States — Tiffany & Co. chief executive Alessandro Bogliolo is not worried about millennials ditching diamonds, even though dozens of surveys suggest they are doing just that.

His counterpoint: “Look at the emoji on your phone and the luxury products that you see. There is a handbag. There is nail polish. And there is a six-prong diamond ring, which I can assume is a Tiffany setting,” Bogliolo said with a smile in his first in-depth interview since joining the American jewellery house in October 2017. “That is the language of the people.”

Bogliolo is comfortably seated in a brown leather couch positioned beneath a portrait of Charles Lewis Tiffany, who founded the company in 1837. The room is furnished like a home study: lots of dark wood, with Tiffany glass lamp shades and accents of Tiffany-blue velvet. But Bogliolo’s attire — a sharp eggplant-coloured suit — slices through the old-fashioned décor.

At Tiffany, there’s no shortage of history to slice through. “Legacy is a great thing, but I don’t think our duty is to freeze a legacy,” Bogliolo said. “You have to grow a legacy to make it more relevant for current generations. This brand has been a milestone in the emotional life of young customers not for some years, but for 150 years. It’s just a matter of evolving that.”

The 181-year-old American jewellery giant, whose market capitalisation is $16 billion, has long benefited from a unique cultural positioning as a go-to for diamond engagement rings. But while much of the fine jewellery market remains unbranded, providing plenty of space for growth, the way people shop for diamonds has changed, shifting from occasion-based gifting to self-purchasing.

This, in turn, has given rise to new competitors and put pressure on Tiffany’s core business. In 2016, US sales shrank while Asia-Pacific growth slowed, resulting in the exit of ex-chief Frederic Cumenal in February 2017.

But since Bogliolo’s arrival, things at Tiffany seem to be sparkling again. In 2017, sales were nearly $4.2 billion, up 4 percent year on year. But in the first quarter of 2018, sales jumped 15 percent year over year, hitting $1 billion. In the Americas, still Tiffany’s largest market, net sales were $425 million, up 9 percent, while sales in Asia-Pacific were up 28 percent to $329 million.

Just seven months into his tenure, Bogliolo, who spent 16 years at Bulgari before shorter stints at Sephora and Diesel, is being heralded by analysts as the change agent Tiffany needed. 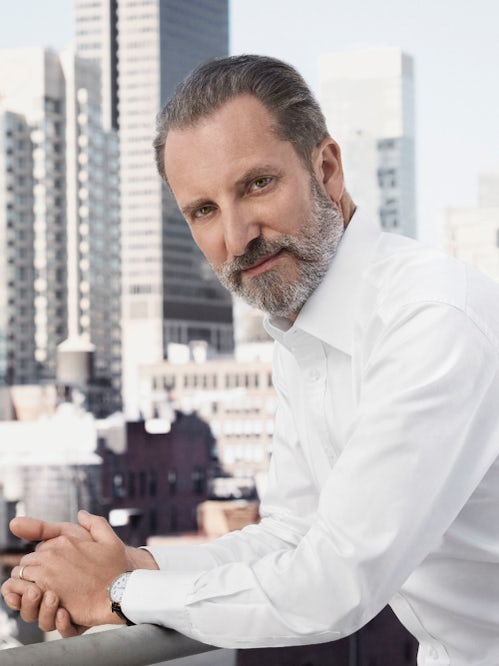 At first glance, the approach appears to be standard-issue. The difference, analysts say, is Bogliolo’s ability to execute — and effect change — at a swift pace. “He has a very modern approach to luxury,” said Oliver Chen, an analyst covering retail and luxury goods at Cowen & Co. “We’ve seen agility and speed in terms of product innovation and bold marketing.”

Some of the change Bogliolo is driving was already in the works before his arrival. Reed Krakoff, the designer who helped to transform Coach into a multi-billion dollar aspirational-luxury powerhouse over the course of his 16-year tenure, joined Tiffany in February 2017 as chief artistic director. Widely regarded for his ability to balance class with mass, Krakoff's first fully fledged collections for the house — an irreverent assortment of “everyday objects” and a range of pretty fine jewellery called “Paper Flowers” — have been well-received by critics. 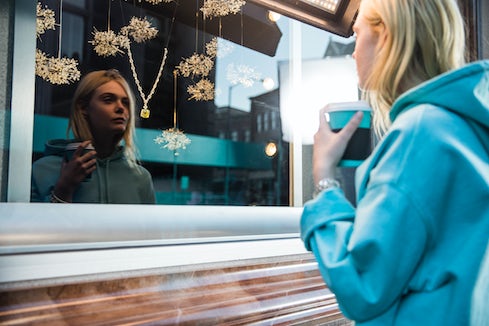 The millennial-friendly message appears to be paying off — but not just with younger consumers. A “millennial state of mind” is taking hold across the luxury market, changing the purchasing habits of all generations of consumers. And fine jewellery shoppers are certainly no exception.

“Tiffany is gaining ground in both awareness and appeal to millennial shoppers and this is one of the key factors helping performance,” wrote Neil Saunders, an analyst at GlobalData retail, in a recent note.

“Notably, this shift in attitude and message has not harmed the appeal or affection older customers have for the brand," Saunders added. "Tiffany, it seems, finally realises the most consumers of all ages no longer want old-world luxury; they want modern, fresh thinking that excites and inspires them.”

Tiffany’s first big push into experiential retail is also helping to boost business. Despite being right next to the heavily guarded but almost-empty Trump Tower, the brand’s Fifth Avenue flagship is once again a serious attraction, largely thanks to its Blue Box Café, a tourist-magnet that opened in November 2017.

The restaurant serves Nutella croissants, avocado toast and truffle eggs, capitalising on the fact that the 1961 film adaptation of “Breakfast at Tiffany’s” remains a major cultural touchstone for consumers of all ages. No matter that most millennials are unlikely to have ever seen the film or read Truman Capote’s original novella. Audrey Hepburn as Holly Golightly in a tiara and black Givenchy dress remains fodder for countless social media posts.

The company says that the Blue Box Café is the number-one requested reservation on the booking app RESY and that reservations — which are available 30 days in advance — are booked within two minutes of opening each morning at 9am. (The waitlist on certain weekdays runs 2,500 tables deep. On certain weekend days, it's 4,500.)

“That has become something that is really proof of the connection between the customers and the brand,” Bogliolo said. “It’s not about the café. For me, it’s meaningful that a movie that dates back to 1961 is relevant as a message to generations that were born years and decades after that. It really means a lot that the connection with the customers is there.”

Tiffany, it seems, finally realises the most consumers of all ages no longer want old-world luxury.

The proof is in the sales figures. In the first two months after Donald J. Trump was elected President of the United States, sales at Tiffany’s American stores open at least one year dropped 4 percent, which the company blamed, in part, on its Fifth Avenue flagship’s proximity to Trump Tower. Fast forward one year and US retail sales in the fourth quarter of 2017 were up 5 percent.

But Tiffany has far more to grapple with than Trump.

The casualisation of culture, which Bogliolo believes has affected hard luxury more than soft goods, presents a hurdle for the fine jewellery category at large. “The biggest challenge for jewellery is the fact that it, traditionally, has been associated with formality,” he said. “Today’s lifestyle is not formal, and I personally think formality is not going to come back — you see it first and foremost in fashion.”

But this shift, Bogliolo believes, puts Tiffany in a favourable position over others. “Tiffany has always been a very inclusive brand,” he said. “Maybe because it’s American. It’s always been a brand for people, for pleasure, for happiness.”

Traceability is also an issue for young consumers who came of age after the Leonardo DiCaprio and Jennifer Connelly blockbuster "Blood Diamond," which raised ethical questions about the diamond trade by putting a focus on stones mined in war zones and sold to finance conflict. Some have shifted their spend away from diamonds or embraced lab-grown alternatives.

Currently, the market for lab-grown diamonds remains small. But in late May, diamond conglomerate De Beers announced that it would launch an accessibly priced fashion collection featuring man-made diamonds.

Bogliolo was initially insistent that Tiffany had no intention of entering the synthetic diamond market, although he clarified in a subsequent email exchange that the company does not intend to use them in engagement jewellery. "Diamonds grown in a lab do have important uses in particular contexts, and they may soon have a greater role in the jewelry industry," he said. "However, we do not believe that lab-made diamonds are a luxury product."

Bogliolo is focused instead on communicating how Tiffany differs from its competitors when it comes to sourcing and supply chain. He believes Tiffany’s vertically integrated supply chain, which means the company buys directly from certified diamond mines and polishes its own stones, offers another competitive advantage, resulting not only in higher margins but faster product innovation which allows the company to keep up with consumers who increasingly seek newness and novelty.

You have to grow a legacy to make it more relevant for current generations.

“In the different segments, we must have newness on constant basis,” Bogliolo noted. “I’m not saying that we will have to launch several lines every year. We can introduce newness without introducing an entirely new line.”

Then, there’s the matter of marriage.

“Tiffany remains an authority in diamonds and bridal,” said Chen. But is this authority enough to buoy the brand at a time when more and more people are marrying later or not marrying at all?

In China, Tiffany’s fastest-growing market, millennials are holding off on marriage, too. According to the country’s Ministry of Civil Affairs, registered unions are on the decline and the average age for marriage is increasing.

But Bogliolo isn’t phased. “Tiffany has always been an owner of love,” he said. “Do the new generations still care about love? I think so. Love is still a hot business.”