The Fenty business model may not be truly revolutionary, but it does take new ideas further than other brands have been willing to go.

The Fenty business model may not be truly revolutionary, but it does take new ideas further than other brands have been willing to go.

On a historic street in Paris’ Lower Marais, a building has been skinned in dazzling blue with “Fenty” stamped across the front. On the sidewalk, there's a compass painted onto the cement, an “F” replacing the true north symbol.

For fans of Rihanna, there’s nothing truer, or more authentic, than the singer herself. Now, she is leading them to 10 rue de Turenne, where on Friday morning, May 24, Fenty became available to purchase for the first time in what Rihanna and her partners at LVMH call an “ephemeral” retail experience. (In layman's terms, a pop-up shop.)

The establishment of a Rihanna-led fashion house built within the LVMH machine is, as many industry observers have noted, in itself disruptive. She is the first black woman to lead a brand at the French conglomerate, which encompasses more than 70 maisons, and only the second person to be invited to create a new label in its nearly 40-year history. (The first was Christian Lacroix, which is now owned by the Falic family and no longer sells clothes.)

These are not small things, and they indicate the possibility of a substantial change in the way fashion will operate for years to come.

But how different is the Fenty model, really, from the brands that have come before it?

When he joined Chanel in 1983, the late Karl Lagerfeld created a new template for fashion, using long-standing house codes to build a pyramid of products, transforming a once-dusty couturier in a global behemoth that generates around $10 billion a year.

Most fashion brands are still following that model today, some with great success. But the world is not what it was when Lagerfeld laid the foundation. Through Fenty, Rihanna has the opportunity to change the playbook once again.

Thus far, her plans include:

1. Selling clothes in-season, direct-to-consumer. While many fashion houses have experimented with the “see now, buy now” model, most have retreated back to the traditional calendar, faced with pressure from wholesalers eager to keep the system moving as was. Fenty, however, is resisting that by going completely direct, for now, working behind the scenes on speed-to-market in order to ensure that products are available when imagery and marketing about the products goes live. The plan is to never mark down the goods.

"This seems — appropriately — [like] the business model of a fast fashion brand," said Luca Solca, an analyst at Sanford C Bernstein. "I believe it makes sense: it is more flexible and it breaks away from the obsolete idea of seasons and fashion shows.
This is where being backed by a group like LVMH comes in handy. The Fenty team has access to shared resources, from materials to production, which means turning around viable prototypes in a short period is not as hard as it might be for an independent brand.

2. Abandoning traditional collections for capsules. Fenty isn’t using the word “drop,” but instead calling its unpredictable feed of product “releases.” (“Drop” sounds like it’s being forced on the consumer, while “release” is more reciprocal.) Semantics aside, this distribution model aims to keep the customer entertained and interested, providing a consistent retail experience through its e-commerce, which goes live May 29.

3. Creating “ephemeral” retail. For now, the product will only be available online and at temporary stores for four weeks at a time, allowing Fenty to test different retail concepts and locations without spending as much upfront as a full store roll out would require.

4. Valuing point-of-view over price point. Fenty isn’t a traditional contemporary brand. It’s also not an aspirational-luxury brand. And yet, its prices, which currently start at around $200 and top out at about $1,500, fall into that realm. Rihanna’s point of view is what makes the product valuable, not how much they cost.

Interestingly, Rihanna is continuing with her Savage x Fenty collection, a line of affordable lingerie — produced in partnership with El Segundo, California-based TechStyle Fashion Group, the company behind Kate Hudson’s Fabletics activewear label. While a diffusion line with such reach could have been seen as an upscale brand killer in the past, those barriers are being broken down.

5. Practicing inclusivity, not just preaching it. Through her Fenty makeup line and Savage x Fenty lingerie collection, Rihanna has driven the global conversation around inclusivity. However, the Fenty fashion collection only goes up to an American size 14: the average size in the US is now between a 16 and 18. While several of the pieces are virtually sizeless, there may be demand from consumers to extend this further.

6. Building a culture of openness and collaboration. While a team of LVMH executives, including Louis Vuitton veteran Veronique Gebel, who serves as Fenty’s managing director, are supporting Rihanna on operations, merchandising and sales, she has brought in a mix of creative partners, some of whom she has worked with for years, and others who are new collaborators. Millennials like Rihanna favour a collaborative and flexible work culture. If successful at Fenty, it could change the way other maisons within the notoriously conservative LVMH portfolio operate.

These may not be revolutionary moves, and Rihanna has undoubtedly been inspired by the way streetwear brands operate. However, the big difference between Fenty and other fashion brands that have incorporated similar elements into their business models is that, for most, these are simply marketing tactics that drive a small amount of sales. For Fenty, it’s the basis for the business.

What makes streetwear brands Supreme and others so successful, though, is that they have managed to create a feeling of urgency and scarcity around a product that is generally pretty affordable. It may be hard to get, but it's not hard to pay for.

At a traditional fashion brand, the dream is created on the runway, with the expectation that very little of what is shown will actually be sold. That’s not going to happen here. At Fenty, the dream is also the reality. Rihanna is making clothes to sell them. Her success may not yet be guaranteed, but if this approach translates into big numbers, it could spark a revolution at LVMH — and beyond. 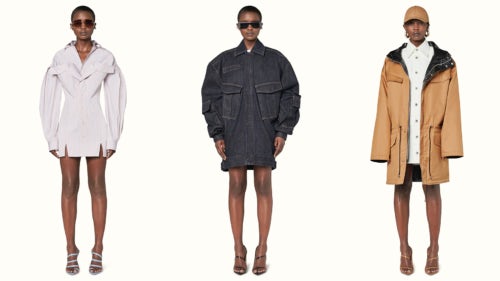 Prada joins fashion’s anti-fur movement. After months of pressure from animal-rights activists, Prada, which owns Miu Miu and Church's in addition to its namesake brand, announced it would no longer use animal fur from Spring/Summer 2020 onwards. The Italian luxury group joins a growing list of brands and retailers turning their backs on animal fur, including Gucci, Burberry and Versace. Cities are joining the movement, too. New York's city council is considering a ban, San Francisco and Los Angeles have already done so.

LVMH takes majority stake in Repossi. The French luxury conglomerate quietly upped its stake in 99-year-old Italian brand Repossi to 69 percent in April 2018. The group first took a 42 percent interest in the brand in November 2015, according to a filing. Since the 2018 transaction, LVMH has helped develop Repossi’s retail network, opening shop-in-shops in department stores in Dubai, London and Doha, with New York and Tokyo on deck this year.

Victoria’s Secret owner’s results gives Wall Street some relief. Shares of L Brands Inc soared 11 percent after the company’s better-than-expected performance in the first quarter. Management also boosted the lower end of full-year earnings forecast. The stock increase is unusual for the the company this year, where shares have declined 16 percent. L Brands is the fourth-worst performer for the year-to-date period in the S&P 500 Retailing Index, behind department stores Macy’s Inc, Nordstrom Inc and Kohl’s Corp.

Nordstrom sets opening for New York flagship as quarterly revenue drops. The department store cut its forecast for full-year sales and profit after reporting weaker than expected first-quarter results hurt by the roll out of a new loyalty program and slow sales of full-priced women's clothing. Total revenue fell 3.3 percent to $3.44 billion, short of the estimated $3.58 billion. Shares subsequently dropped more than 9 percent. Meanwhile, Nordstrom has set October 24 as the opening of its seven-story, 320,000-square-foot Manhattan flagship store on West 57th Street.

Topshop to close all of its US stores as parent company Arcadia undergoes major restructuring. British retail tycoon Philip Green's Arcadia Group said it plans to close 23 of its 566 stores in the UK and Ireland in a major restructuring of the fashion business that could also see all 11 of its US Topshop stores close. Arcadia has instigated seven Company Voluntary Arrangements (CVAs) to avoid insolvency. As part of the CVA proposals, Green's wife Tina, the group’s majority shareholder, will invest a further £50 million ($63.4 million) of equity into Arcadia to support its turnaround. 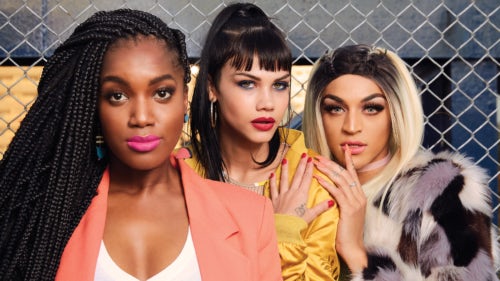 Natura to buy Avon for about $2 billion in stock. Brazil’s Natura Cosmeticos SA agreed to buy rival Avon Products Inc in an all-stock deal, positioning it as a growing force in the booming global cosmetics and skincare industry. Controlling shareholders of Natura, which bought the Body Shop retail chain in 2017, will form a new publicly traded holding company that will offer 0.3 share for every share of London-based Avon. Holders of preferred Avon shares will get $530 million in cash assuming the deal closes in early 2020. Including debt, the transaction is valued at $3.7 billion, 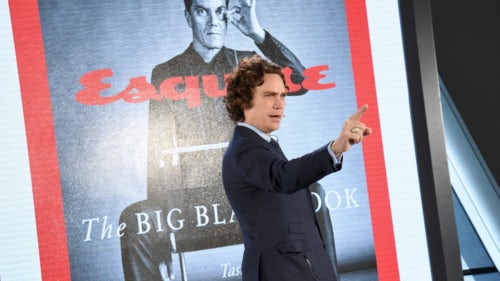 Esquire’s editor is out in reshuffling at Hearst Magazines. Jay Fielden is leaving his position as Esquire’s editor in chief, a job he held three years, he and Hearst Magazines announced Thursday. The change at the venerable men’s publication, which started in 1933, is part of a dramatic reshuffling under Troy Young, who became president of Hearst Magazines last July. Esquire won 17 National Magazine Awards in 19 years under Fielden's predecessor, but none during his tenure. Fielden will stay on until Esquire rolls out its latest issue.

Superdry names interim CFO. The British fashion retailer has appointed retail industry veteran Nick Gresham as interim chief financial officer, two months after the return of founder Julian Dunkerton sparked the resignation of most of its board. Gresham, who joins from online sports and cycling retailer Wiggle and has worked for Homebase and Debenhams among others, will take over the role from Ed Barker on June 3.