LONDON, United Kingdom — Victoria Beckham is trying a number of things to turn a profit at her namesake brand: price cuts, high-margin cosmetics and a partnership with Reebok. There's also a sunglasses license, a sophisticated private-equity investor and a new management team. But breakeven remains elusive.

Victoria Beckham Ltd has posted losses for 11 years in a row, despite critical appreciation for the label’s pared-back, polished aesthetic and tailoring. For the year ending December 2018, operating losses widened by 18 percent to £11.7 million ($15 million), while sales fell 16 percent to £35.1 million as buyers scaled back orders, according to the company's annual report.

“The performance was in line with expectations, so we were not surprised,” Chairman Ralph Toledano told BoF in an exclusive interview, citing the company’s on-going restructuring process to overcome the "growth crisis" brought on by a lack of systems and people that resulted in late deliveries of wholesale orders. The fall in revenue was triggered by a "plateauing" of demand after years of steady growth. “Our goal is to reach profitability as soon as possible.”

Our mission, and her ambition, is to build the brand alongside her personality.

Beckham is a household name. But starting with a small collection of dresses and three staff in 2008, the pop star-turned-designer moved sharply away from the look that defined her style in her Spice Girl days. As a result, there is a mismatch between her fanbase and her label’s polished, minimal aesthetic and high-luxury price tags. (Pleated, mid-length dresses retail at £1,590, while the Eva chain leather handbag costs £1,400.)

More recently, the label seemed to target the opportunity left by the end of Phoebe Philo’s ‘Old Céline’ but it’s debatable whether luxury ready-to-wear consumers want to buy into a brand with a mass-market celebrity name on the label.

Toledano, who joined in 2018 after private equity firm Neo Investment Partners took a £30 million minority stake in the business, said Beckham’s fans understand her new career and aesthetic choices and are a stronger driver of sales for the label, adding: “At the end of the day, you must stay yourself. Being authentic and sincere is very important.”

That said, Toledano’s first priority at the brand was cutting prices by 20 to 30 percent while retaining product quality. “Pricing was a real, real issue. The customer was telling us we love your product, but the price is too high.”

“Our goal is to be the brand next to the person,” Toledano added. “When you are small you are 100 percent the designer. Our mission, and her ambition, is to build the brand alongside her personality.”

The label also faces a fiercely competitive luxury market where its collections struggle to stand out against both major luxury houses and a new generation of Instagram brands. Then, there's the challenge of wholesale distribution on which the label relies on the majority of its sales.

New celebrity-led brands like Rihanna’s LVMH-backed Fenty line often avoid wholesale entirely, starting with e-commerce sites, pop-ups and regular product drops. But Beckham has been slow to shift away from the traditional fashion model of seasonal runway shows and wholesale partnerships. This year, the label started a direct-to-consumer beauty range, re-platformed its website and launched a blog featuring beauty and style advice.

To bolster the business, the brand has also signed a licensing agreement with Marchon to produce eyewear. Management has also stripped £2.5 million of cost from the business via staff reductions and renegotiated supplier contracts. 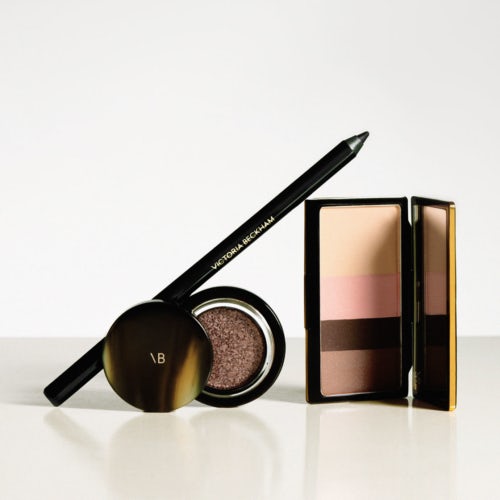 While 2019 is forecast to be another loss-making year, according to Toledano, there has been some improvement. Direct-to-consumer cosmetics and skincare line Victoria Beckham Beauty has started well and the label’s London retail store has grown sales, Toledano said. Beckham’s second Reebok collection launched this year, and there are plans for a fragrance line in 2020.

The management team has also been strengthened by the arrival of Chief Financial Officer Pablo Sande, who was previously chief financial officer of Americas at Salvatore Ferragamo, and chief marketing officer Mo White, who was formerly a fashion consultant for Net-A-Porter, Farfetch and Condé Nast. In July, Chief Executive Paola Riva left the business after less than a year in the role, and was replaced in September by Marie Leblanc de Reynies, former managing director of brand and product. Her vision for the company is expected in the coming months and will include an “aggressive strategy” in Asia, where the label currently has one store in Hong Kong, Toledano said.

Attracting Gen Z and Millennial customers — expected to account for 45 percent of luxury goods sales by 2025, according to management consulting firm Bain — will also be key to the strategy, and Toledano revealed that product ranges designed to appeal to a younger consumer and more frequent product drops were in the works.

Major challenges remain. The business breached its loan covenants (or conditions) on a £10 million bank debt in 2019. And shareholders, including majority owner Beckham Brands Holdings, an umbrella company owned by David and Victoria Beckham, invested a hefty £13.6 million to fund working capital and pay down £2 million of the debt.

But Toledano was bullish on the future. “I firmly believe that our destiny is in our hands,” he said. “We have a great talent in Victoria and, if you take that asset with a dream team, we can do it.”

The Hidden Network Churning Out Celebrity and Influencer Beauty Lines