Earlier this month, the 37-year-old architecture student turned polymathic creative — and founder and creative director of popular streetwear-inflected fashion label Off-White — dropped one of his biggest design projects to date: a major collaboration with sportswear giant Nike. Kicking off what is said to be a long-term partnership, Abloh reimagined ten models from Nike’s archive, including the Air Jordan 1, Air Max 90 and Air Force 1.

Alongside the shoes, which have been heralded by streetwear fans as Nike’s coolest collaboration in a long time, he also launched a series of workshop-style events for his community of followers. But the tie-up with Nike is only one of the many projects on the designer’s growing to-do list, prompting some to wonder if Abloh is putting himself at risk of overexposure. In the last year alone, the designer has worked with the likes of Levi’s, Moncler, Ikea and Warby Parker. Earlier this month, the Abloh-directed music video for popular US rapper Lil Uzi Vert hit the internet, quickly clocking up 40 million views. The designer is also a DJ, has recently partnered with Snapchat on a custom selfie lens and is set to soon debut costumes for the New York City Ballet. Meanwhile, there are rumours of a partnership with LVMH-owned luggage brand Rimowa, sparked by an Instagram post by none other than Alexandre Arnault.

And that’s all on top of his work for Off-White.

On Thursday evening, the label raised eyebrows in Paris with a controversial Princess Diana-inspired Spring/Summer 2018 collection, for which the designer’s streetwear aesthetic took a backseat to satin cocktail dresses, tulle suits, hoop skirts and a pair of shoes that’s part of yet another collaboration — this time with Jimmy Choo.

But the label can seemingly do no wrong. Since its launch, Off-White has generated triple-digit growth year-on-year and shows little sign of slowing down any time soon (the company declined to disclose sales revenue). “Off-White has a great formula for continued success, because the brand covers multiple product categories at varied price points and has signature street-style worthy pieces,” says Elizabeth Von Der Goltz, global buying director at Net-a-Porter, which started selling Off-White for Autumn/Winter 2016 and has grown its buy by nearly 100 percent year-on-year. “We have carried Off-White for six seasons and in the last two years we have increased the buy by over 500 percent,” seconds Damien Paul, head of menswear at MatchesFashion. “The sell-through in our store has always been over 95 percent,” adds Mitsuhiro Kubo, founder and creative director of Tokyo-based concept store GR8.

So, what’s the secret to Abloh’s success?

Alongside his design, he is known for his mastery of social media and his resonance with Millennials. “Virgil’s biggest strength lies in his understanding of his market,” says David Fischer, founder and chief executive of influential streetwear and youth culture title Highsnobiety. “He has figured out smart ways of engaging his audience. I am impressed with how long he has managed to keep Off-White top of mind and therefore have no doubt that he will be able to keep that up for longer… Ultimately, it’s a true modern testament of how to build a brand.”

“He’s more in culture than anyone else and has a good grasp of how younger people think,” adds Nike creative mastermind Fraser Cooke, on the sidelines of Paris Fashion Week. “He’s got a very inclusive and genuine perspective… for some reason he always wants to leave the door a bit open behind him for others to follow, and that has a positive response from young people.” 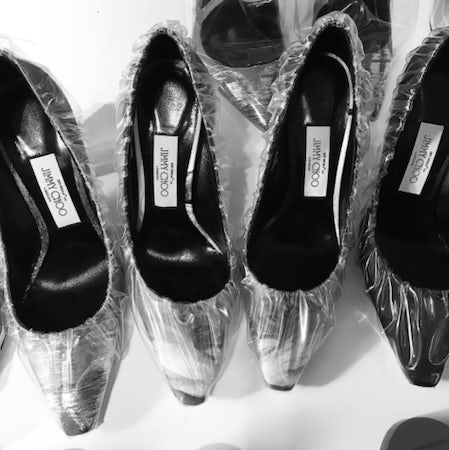 “The evolution is impressive,” says Pascaline Smets, fashion and buying director of her namesake Luxembourg and Brussels-based boutique. “Virgil is building a real community with his message being global and by not just sticking to fashion but expanding to art, design, architecture and music.”

Abloh has made no secret of his end goal: to take the creative reins at a European luxury brand and shake things up. Earlier this year, speculation swirled about the possibility of Abloh succeeding Riccardo Tisci at Givenchy or joining Versace, but both rumours were quickly denied by the brands.

Some see this as Abloh’s natural next step. “It would be great to see Virgil leading a European luxury brand. I won’t mention names, but there are more than one where he could be amazing, because he defines the contemporary culture which any brand [today] needs to stay relevant,” says Floriane de Saint Pierre, a top head-hunter.

But not everyone agrees. “Off-White is going very well… I can imagine that Virgil wants to be recognised by the more traditional fashion industry — but in my opinion he doesn’t need that,” says Fischer. “It seems like he’s gotten to the place now to take on something bigger,” says Cooke. “I don’t think he needs to do it, but he wants to go where that validation is important and he might do it to challenge convention.”