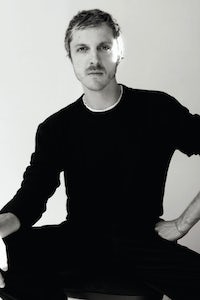 FLORENCE, Italy — Pitti Uomo has announced the first special guest designer to show at the 95th edition of the Italian men’s trade show in January 2019 will be Belgian designer Glenn Martens, creative director of Paris-based men’s and women’s label Y/Project. As a result, the brand will not show its menswear collection at Paris Fashion Week.

It was Martens' "vision of combining streetwear and couture" that appealed to Raffaello Napoleone, chief executive of Pitti Immagine, which oversees biannual fashion trade fairs Pitti Uomo, Pitti Bimbo and Pitti Filati. “Glenn has created a new aesthetic language that we really like," he told BoF, adding that the designer has "the right ingredients to be successful."

“Our womenswear has much more followers [but] the core of each collection is shown during men’s season [so] Pitti Uomo presents a big platform to put our menswear in the spotlight," said Martens. “If you see the list of designers that have shown before me, it’s great to be part of that family,” he continued, referring to Virgil Abloh, Raf Simons and Craig Green. "I hope it’s going to help our growth." 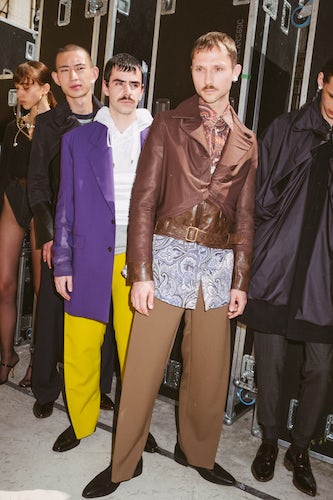 Martens, who attended the prestigious Royal Academy of Fine Arts in Antwerp and graduated top of his class, worked under Jean Paul Gaultier as junior designer for the brand’s men’s label G2 before launching his own namesake label in Paris in 2012, which was discontinued after three seasons.

The approach of marrying high and low culture quickly resonated with global retailers — Y/Project currently has over 150, up from 12 in 2013 — along with a celebrity clientele, including Rihanna, Chloë Sevingy and Gigi Hadid. The brand was also a finalist for the LVMH Prize in 2016, won the ANDAM Award in 2017 and is expected to reach €5.5 million ($6.3 million) in revenue by the end of the year, up from €3 million (3.45 million) the year prior. Recent collaborations with Diesel and Ugg are a testament to its ongoing appeal.

Martens says showing in Florence feels like somewhat of a homecoming. “It was the first city I ever visited without my parents when I was 17,” he says. “As a child I’ve always been intrigued by the artistry of Florence. Now that I have the opportunity to show there, I want to connect it with the historic background that makes up part of Y/Project’s brand DNA.”