NEW YORK, United States — Amazon has set the fashion world abuzz with its rumoured plans for a luxury e-commerce platform. Whatever the company is plotting, it won’t be its first entry into pure luxury: Zappos, the Amazon-owned footwear retailer, has been quietly operating an online storefront featuring brands like Bottega Veneta and Rick Owens for months, BoF has learned.

The site, VRSNL, went live in September of 2019 along with an app, offering a selection of clothing, shoes and accessories from luxury brands not typically sold on Amazon or Shopbop, the company’s upscale fashion site.

Both the site and app are operated by Zappos, and the enterprise was initiated and largely managed through the Las Vegas-based footwear retailer, according to a second person familiar with the operation. However, VRSNL, which is pronounced "versional," has remained below the radar, with no marketing or publicity; as of Tuesday, the app has one five-star review in the Apple store, and an Instagram account had no posts and only 16 followers.

After this article was published, a Zappos spokesperson stated that Amazon is "not involved in the vision or business plans of VRSNL or Zappos at large." 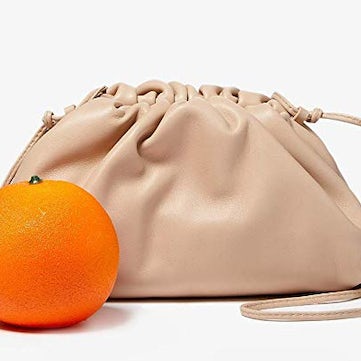 Amazon-owned Shopbop sells ready-to-wear brands like Jason Wu, and a limited selection of sunglasses and other accessories from luxury brands such as Gucci. VRSNL edges Amazon more directly into the realm of multi-brand luxury retailers like Net-a-Porter, Farfetch, MatchesFashion and Ssense, which have seen rapid growth in recent years as more consumers look online for high-end fashion.

VRSNL doesn’t have any overt Zappos branding on its site, though users are prompted to enter their Zappos account information upon checkout. The footwear retailer has largely kept VRSNL under wraps. In a May 2019 interview in Footwear News, apparently the only public reference to the site before its launch, Zappos Chief Operating Officer Arun Rajan referred to it as a way to boost luxury sales.

“VRSNL keeps Zappos on-trend, and then that trend trickles down to our Style Room on Zappos, which is a broader base but maybe not the earliest adopter of that fashion trend,” Rajan said. “This is how a lot of our brand partners segment the market, so we want to have channels that can map their segmentation of the market.”

VRSNL’s inventory includes coveted luxury items such as Bottega Veneta “Pouch” bag, which was available in three colours for $1,250. One photo of the item shows it next to an orange.

More brands, including Napa by Martine Rose, United Standard and ROA, will join the site in the coming weeks as the site heads toward a more public launch, a person familiar with Amazon’s plans said.

An Amazon-backed platform would instantly be a force within luxury e-commerce. The company is the biggest US online retailer by a wide margin and operates a global network of warehouses, planes, trucks and vans that allows it to fulfil online orders faster and cheaper than rivals. Amazon also has an unparalleled trove of customer data, and over 150 million subscribers to its Prime service, which offers free two-day delivery and other perks.

However, VRSNL may not be Amazon’s primary push into luxury fashion. The site appears to be a separate effort from the more-comprehensive initiative first reported by Women’s Wear Daily in January, which the publication said will be supported by a new distribution centre in Arizona and a $100 million marketing effort.

VRSNL is very much in beta

“VRSNL is very much in beta,” said a person familiar with the matter.

Amazon sells more clothing in the US than any retailer other than Walmart, but has struggled to convince consumers to view it as a fashion destination, as opposed to a place to stock up on cheap basics. The site has had some success in attracting popular brands to its marketplace, including Under Armour, but others have steered clear over concerns about counterfeits and potential competition from Amazon’s growing number of in-house labels.

In November, Nike ended a two-year agreement to sell on Amazon. Some luxury players, including Louis Vuitton and Dior owner LVMH, have said they have no plans to partner with the site.

VRSNL seems to be a fresh start for both Zappos and Amazon. The platform has its own site, with a section titled “The Remix” that shows original editorial content about brand histories and designer spotlights similar to Ssense and other multi-brand retailers’ editorial sections.

Amazon has deployed a wholesale model to sell high-end products before with its Luxury Beauty shop, which features prestige cosmetics and skin-care products, including Sunday Riley face oil and Burberry fragrances.

How Amazon Could Upend the Luxury Fashion Sector

Is the Stitch Fix Model the Future of Amazon Fashion?