The Savigny Luxury Index went into meltdown this month, with no single company posting gains, as the coronavirus edged closer to becoming a global pandemic.

LONDON, United Kingdom — Hermès’ and Kering’s impressive 2019 results announcements this month have done little to offset investor fears over 2020. Both groups reported double-digit revenue growth and increased profitability but were cautious about the impact of the coronavirus on 2020 trading.

Kering witnessed a slowdown in both its brick-and-mortar and online businesses in China, the latter being affected by warehouse closures, but anticipated to make up for the shortfall in sales in the first half by boosting its marketing efforts in the region during the second half of 2020.

Hermès has re-opened its stores in China, further to a slowdown of new cases of coronavirus in the market, but has not yet seen a return to normal traffic. Other companies, including Tod’s, Burberry and Moncler have joined the chorus, claiming a dramatic drop in business in mainland China, along with fears as to the potential impact of the virus spreading further afield.

Corporate activity has markedly picked up this month. Private equity firm favourite Golden Goose changed hands from the Carlyle Group to Permira, attracting a valuation of €1.3 billion ($1.46 billion); other private equity deals included the acquisition of a majority stake in French fragrance brand Creed by BlackRock and the acquisition of Coeurdor SAS — a French manufacturer of metal accessories for the luxury industry — by Riri Group, a portfolio company of French midcap investor Chequers Capital.

The Savigny Luxury Index (SLI) took a nosedive this month, ending 7.1 percent down, reflecting the importance of China and the Chinese traveller to the luxury industry. We would normally expect the SLI to show greater volatility than the overall market, but the MSCI global benchmark fell an astonishing 7.5 percent in February as markets were gripped by fear over the ramifications of a potential global pandemic. 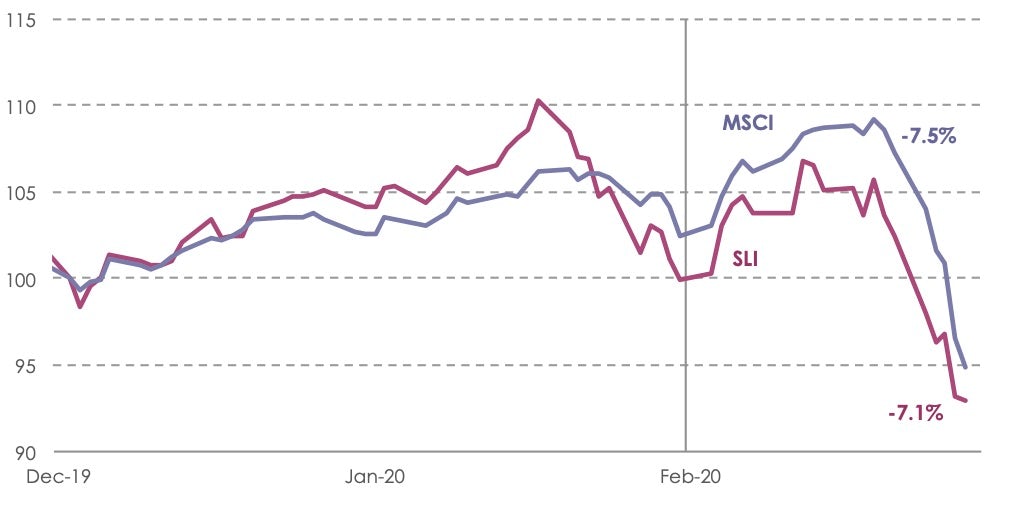 The market correction in February has, hopefully, already "priced in" the full impact of the coronavirus so that the worse can be expected to be behind us. That would be good news, particularly coming off of hefty stock market valuations across the board. We are, however, getting mixed signals with the virus spread decelerating in China but accelerating everywhere else. No doubt this virus will continue to dominate share price valuations in the short term. 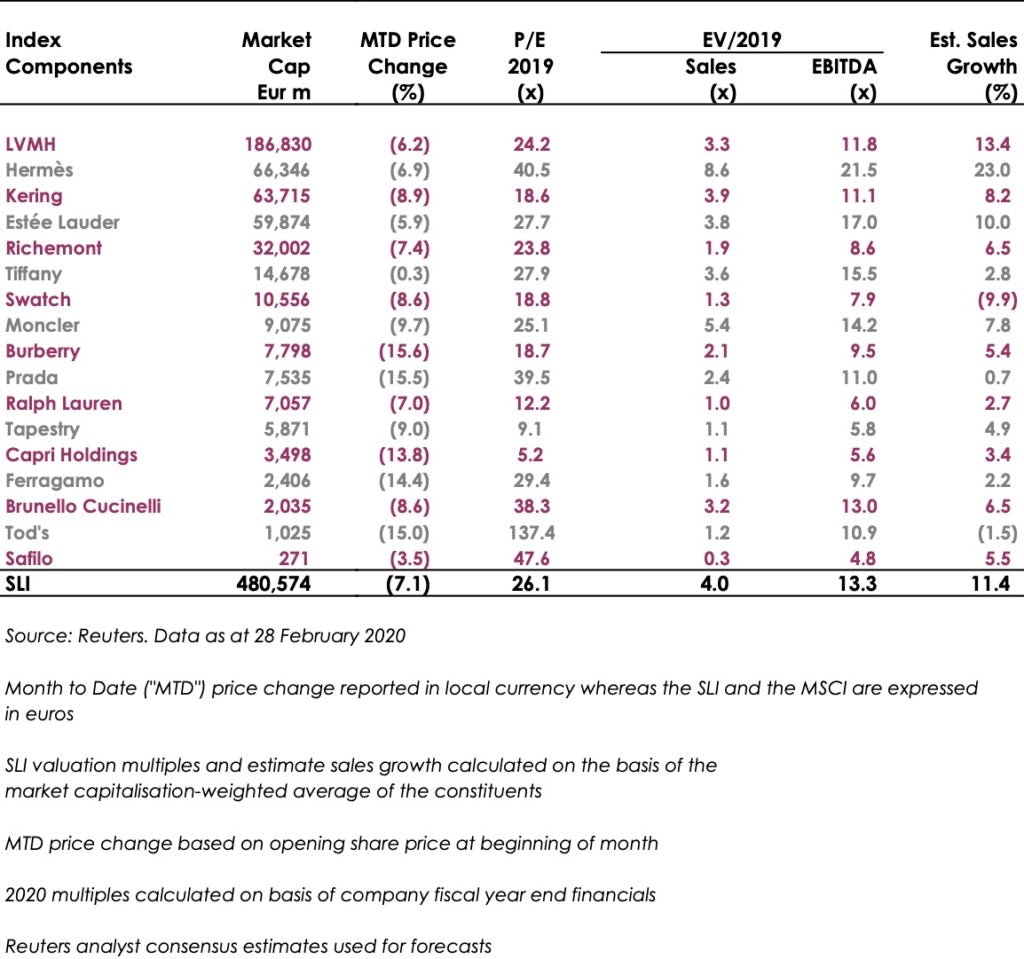