Riots in Hong Kong, Brexit and continued tensions between the USA and its trading partners have caused the Savigny Luxury Index to fluctuate this month.

In Hong Kong, whilst the extradition bill has now been officially withdrawn, protests have, if anything, escalated in the run up to the 70th anniversary celebrations of the People's Republic of China. According to analyst estimates, luxury goods sales in Hong Kong dropped by as much as 40 percent in August. Luxury executives are hoping that the mainland is picking up some of the lost sales, as may be indicated in this month’s results announcements by Hermès and Tiffany, as well as in Louis Vuitton’s plan to increase manufacturing capacity to cope with demand from China.

Nevertheless, chaos and confusion still dominate when it comes to President Donald Trump and trade tariffs. Europe has also now come into the firing line, with threats of import tariffs on luxury goods. And after three years, no one yet has a clue as to what Brexit means or when it will happen.

Corporate activity centred very much on Italy this month: two Italian yacht makers, Sanlorenzo and Ferretti Group, announced their intention to list on the Milan stock exchange as early as mid-October this year. Ferretti had previously been listed but was delisted in 2003 and ran into troubled waters culminating in a distressed sale to Chinese state-owned Weichai Group. The jury is out as to whether a stock market listing is appropriate for such a highly cyclical industry segment.

La Perla also announced its listing on Paris’ Euronext market — the loss-making Italian lingerie brand’s market capitalisation was set at €473 million, in line with the company’s valuation when it raised €23 million in a private placement earlier this year. Richemont acquired Italian jewellery brand Buccellati from China-based conglomerate Gangsu Gangtai Group; this is the third time this decade that Buccellati has changed hands.

The biggest deal of the month involved both e-commerce and China: Alibaba Group (owner of the Tmall, Taobao and Aliexpress e-commerce platforms) acquired Kaola for $2 billion. Kaola is an e-commerce platform specialised in the distribution of international fashion, cosmetic and electronic products in China. The group will reportedly control more than half of online cross-market sales in China.

After a few twists and turns punctuated by protests in Hong Kong, yoyo-ing trade tariff talks and an interest rate cut in the US, the Savigny Luxury Index (“SLI”) ended the month up almost 2 percent, lagging the MSCI’s performance by 1 percentage point. 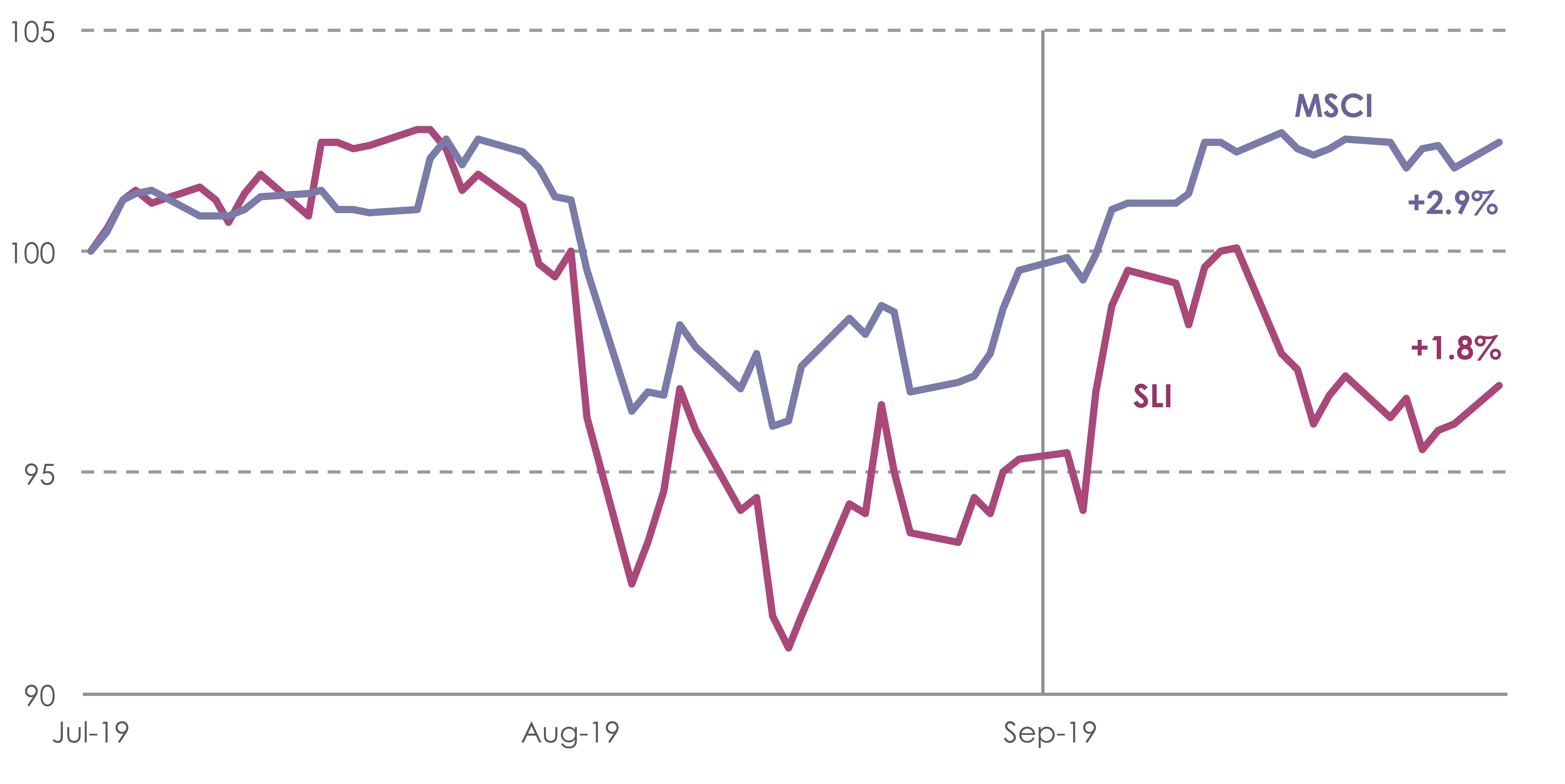 Whilst there is no sign of calmer waters ahead with respect to the current geopolitical climate, Christmas is on the horizon again. It also looks like the US Federal Reserve may decrease interest rates further, perhaps in time for the crucial Thanksgiving to Christmas day shopping bonanza. Investors will have to keep a keen eye on the level of discounts offered during this crucial trading period, as more is not always more when it comes to sales versus profit growth. 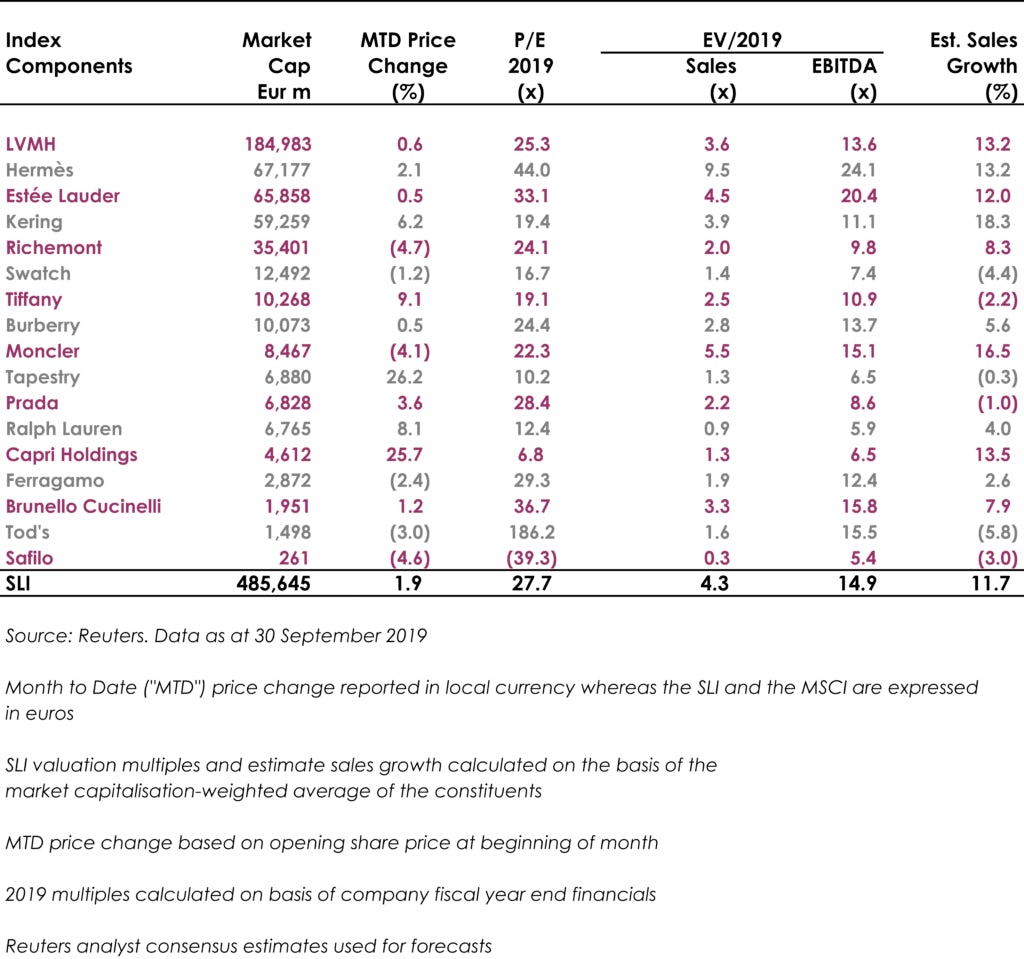