With many 2018 results falling short of forecasts, brands are coupling optimism for the year ahead with new retail strategies, in an attempt to maintain growth trajectories.

LONDON, United Kingdom — Not all luxury goods players had a good year in 2018. Tiffany, Ferragamo, Tod’s and Prada posted 2018 results short of expectations, but kept a positive outlook for 2019. Ferragamo has already seen an improvement in same-store sales so far in the first few months of the year. While Prada and Tiffany both saw a softening in recent trading (notably linked to lower Chinese demand), both groups are still on a growth trajectory, with Tiffany looking to boost its e-commerce business in 2019.

On the other end of the performance spectrum, Hermès’ results stood out, with the brand seeing no slowdown in demand from China. The luxury group’s operating profit crossed the €2 billion ($2.2 billion) mark, yet it did not achieve 2017’s record level of profitability owing to higher input prices.

Galeries Lafayette’s new flagship on the Champs-Elysées is turning the prevailing department store model on its head. Gone are the shops-in-shops; merchandising is now based around styles or trends, spanning gender and product categories. Customers can book an appointment with one of 300 “personal stylists” who will assist their journey through the store by using an app which allows for the uploading of preferences by the customer as well as the recording of their selections, photos of fittings and measurements.

The app can be used to talk to the stylist before, during and after the store visit. The retail group is also rolling out intelligent hangers which display the sizes of the garment that are in stock. The customer can then click on their size and have it brought to the fitting room.

There have been many attempts to mix technology with traditional retail, but Galeries Lafayette’s new format sets itself apart by putting the stylists at the centre of its offering and having technology help provide a better, tailor-made service.

The beauty sector remained hot with several transactions in March: Bain Capital acquired Maesa, a French beauty contractor and brand incubator, in a secondary buyout. Barcelona-based cosmetics group Puig made investments in emerging markets with the purchase of a minority stake in Kama Ayurveda, the leading Indian Ayurvedic brand, for some €12.5 million ($14 million), and Colombian beauty retailer Loto del Sur.

Last but not least, Glossier announced that it has raised $100 million in a Series D funding round led by Sequoia Capital. The blog-inspired US beauty company now has a $1.2 billion valuation.

In accessories, ASHS Ltd., the London-based company trading under the Anya Hindmarch brand, was sold to the Marandi family, a UK investor with interests in property, hospitality and fashion.

The Savigny Luxury Index (“SLI”) further solidified its gains in March as investors look forward to improving prospects for the sector in 2019; our index posted a 5.5 percent increase versus just over 2 percent for the MSCI World Index. 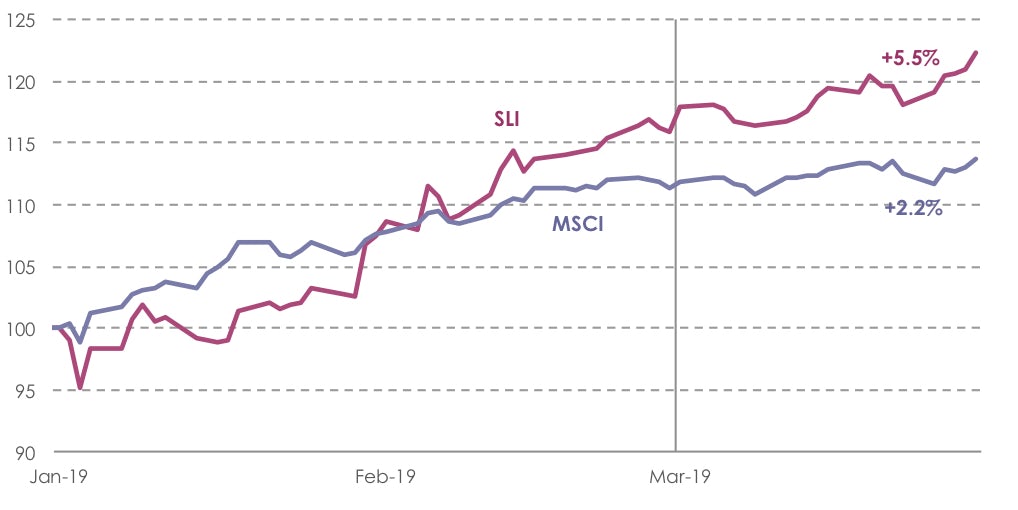 Brexit is continuing to cause a headache on both sides of the Channel. Depending on what time of day you switch on the news, Britain will leave with no deal, a general election, another referendum, or all of the above.  A no-deal Brexit is estimated to cost the British luxury sector $8.9 billion according to a study commissioned by Walpole, the UK’s luxury industry lobby group.

Whilst it is clear that Britain in general and London are the prime losers of this sad saga, the rise of nationalism throughout Europe and the rest of the world could develop into a major threat to the luxury industry, which has a truly global supply chain and consumer base. 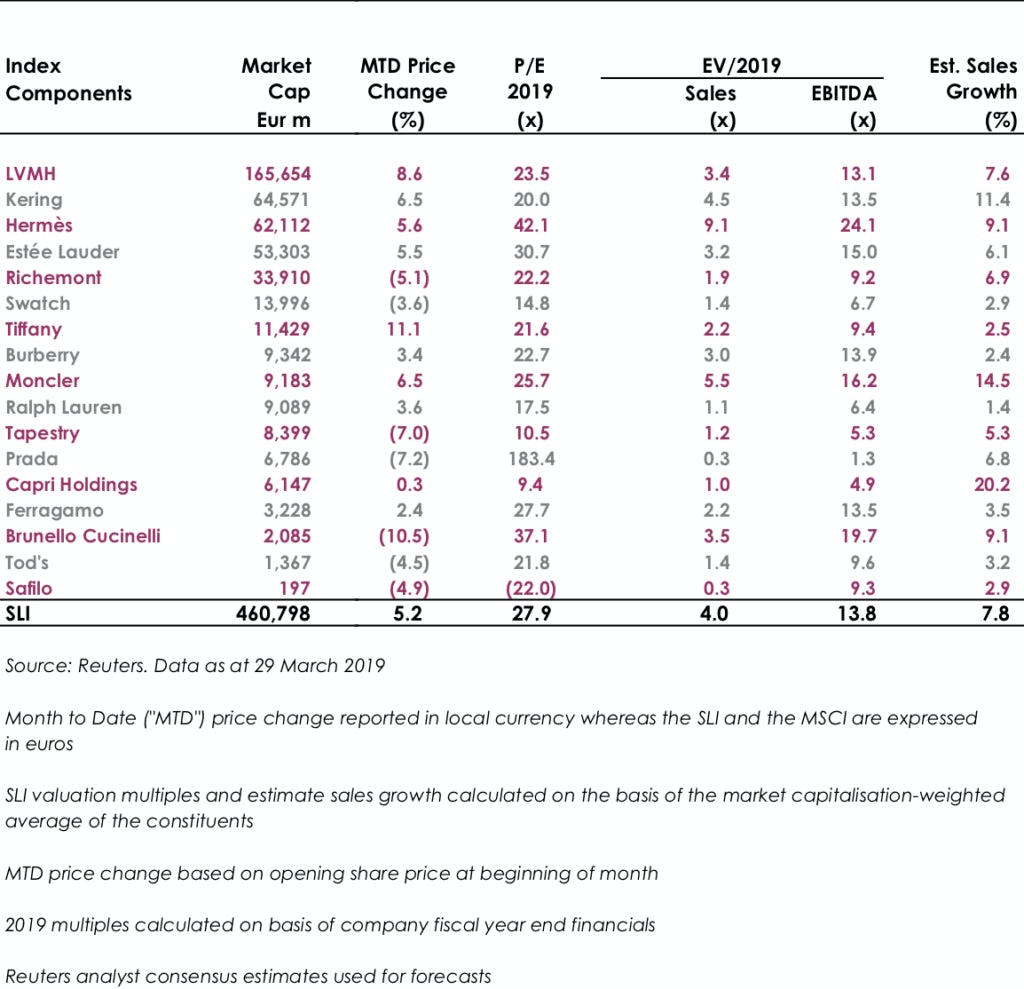