Luxury Is Rising, But For How Long?

Tough comparables and the uncertainty linked to trade wars have dampened the effects of yet another string of great results.

LONDON, United Kingdom – Tough comparables, as well as the uncertainty in regard to the outcome and impact of trade wars, have dampened the effect of yet another string of great results by the sector.

Whilst results have been strong, demonstrating continued growth in the first half of 2018, investors have been jumpy, over-reacting to a first half sales target miss by Kering and a warning by Moncler that continued momentum in the second half of 2018 might prove challenging.

But there is a lot of uncertainty around at the moment, with conflicting views as to the outcome and impact of Trump’s carpet-bombing of international trade agreements — and investors don’t like this.

Volatility has returned to the Savigny Luxury Index (“SLI”) with strong results tempered by concerns over outlook and mounting global trade tensions. Our index rose 1.3 percent this month; nevertheless, this was a robust performance relative to a decline of 1.5 percent for the MSCI. 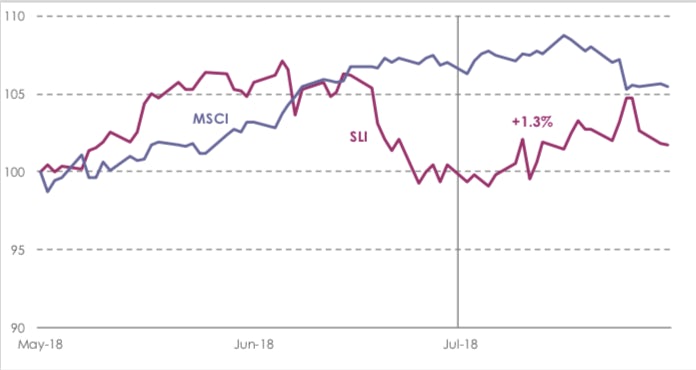 According to Research and Markets, the global online jewellery market is set to grow at an annual rate of 16 percent during the period 2018 to 2022. The opportunity here is with branded jewellery players, which still account for a small portion of global jewellery sales.

While the bigger players such as Tiffany will have an edge, smaller and more nimble players are likely to emerge. In the UK, Vashi, an online jewellery brand that has evolved into omni-channel retailing offering a less formal approach to buying jewellery, is creating waves. We would expect more of this to come. 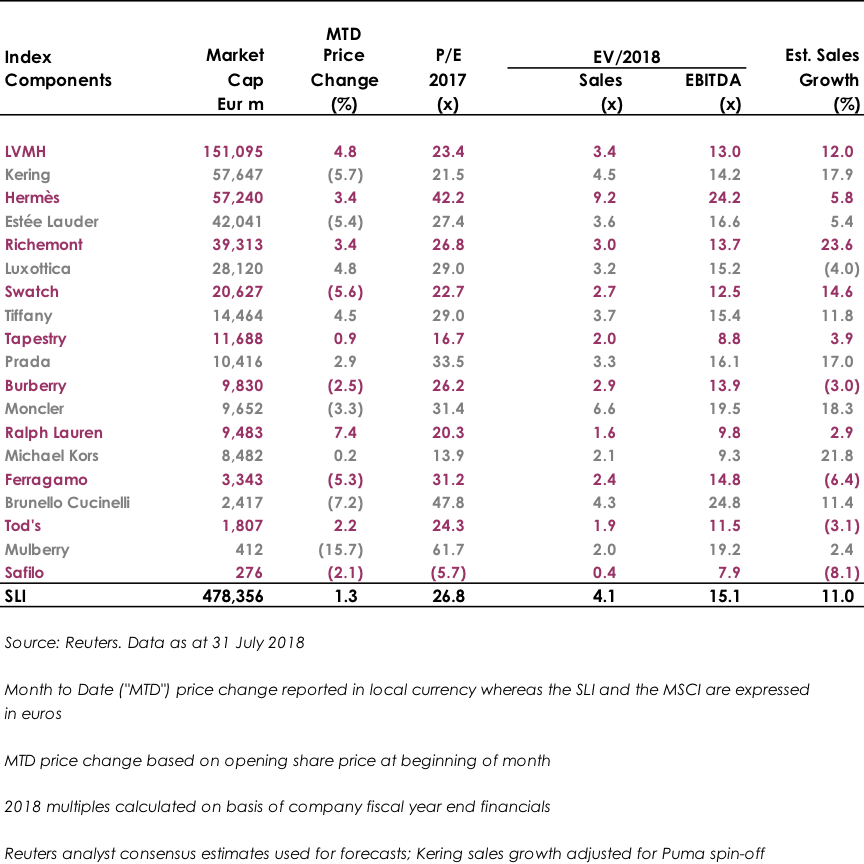