Investors Are Holding Their Breath On Christmas Results

The outlook for the luxury industry is looking bleak, with growth slowing down in key markets.

LONDON, United Kingdom — LVMH acquired one of the hospitality industry’s crown jewels this month. Belmond operates some of the most iconic luxury hotels in the world, including the Cipriani in Venice and the Copacabana Palace in Rio. This is a smart move as an increasing share of the luxury wallet is spent on experiences rather than physical goods.

China sneezes and the world catches a cold these days. Retail sales in China grew at their slowest rate in 15 years this November and industrial growth was its slowest in three years. To add insult to injury, China-US trade talks are going nowhere. Morgan Stanley forecasts a slowdown in Chinese luxury purchases from low double-digit growth in 2012 to 2018 (on average) to high-single digits in the next two years. It feels like the luxury sector has barely recovered from this key market’s last hiatus in 2015 and 2016, caused by a slowdown in economic growth and a clampdown on conspicuous luxury spending and gifting.

Paris was not very festive this month as “Yellow Vest” protestors dashed the Christmas spirit with more than a soupçon of hooliganism. French upmarket department store Printemps suffered a 25 to 30 percent slump in sales in the first four weeks of the protests, claiming that the colossal loss in sales would not be recovered. The protests have continued throughout December and the City of Light remains under a cloud similar to the one cast by the terrorist attacks in late 2015.

Other deals this month included the purchase of Feelway, a Korea-based second-hand luxury goods e-tailer, by a consortium of trade and financial investors; the acquisition of Danish accessories brand Day Birger et Mikkelsen by a consortium of private investors; and the acquisition of Singapore-based lifestyle and wellness group V3 (which notably owns TWG Tea) by KKR.

The Savigny Luxury Index (“SLI”) ended virtually where it started this month with initial euphoria over a pact in the ongoing China-US trade spat being offset by increasingly glum economic forecasts. Nevertheless, the SLI managed to close some of the gap with the MSCI, which fell over 8 percent this month. 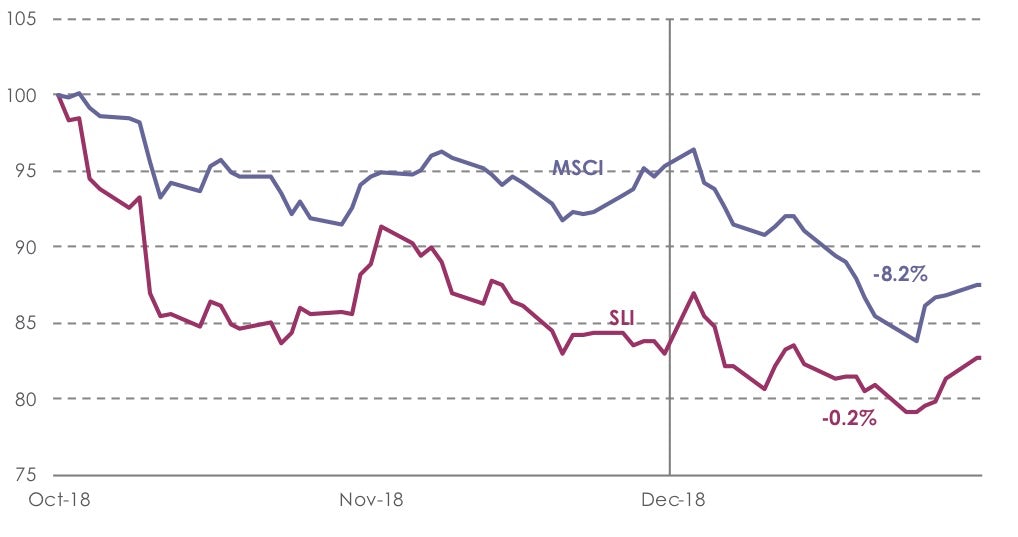 The verdict has yet to come in on Christmas trading. The run-up to Christmas in Europe (including the UK) has not been encouraging, although America still seems to be spending. Spending in Asia is dictated by the Lunar New Year (which is coming up soon), with China also having had a Black Friday equivalent on 11/11. That’s a lot of money to be made in a very short amount of time. No wonder investors are holding their breath for upcoming trading results. 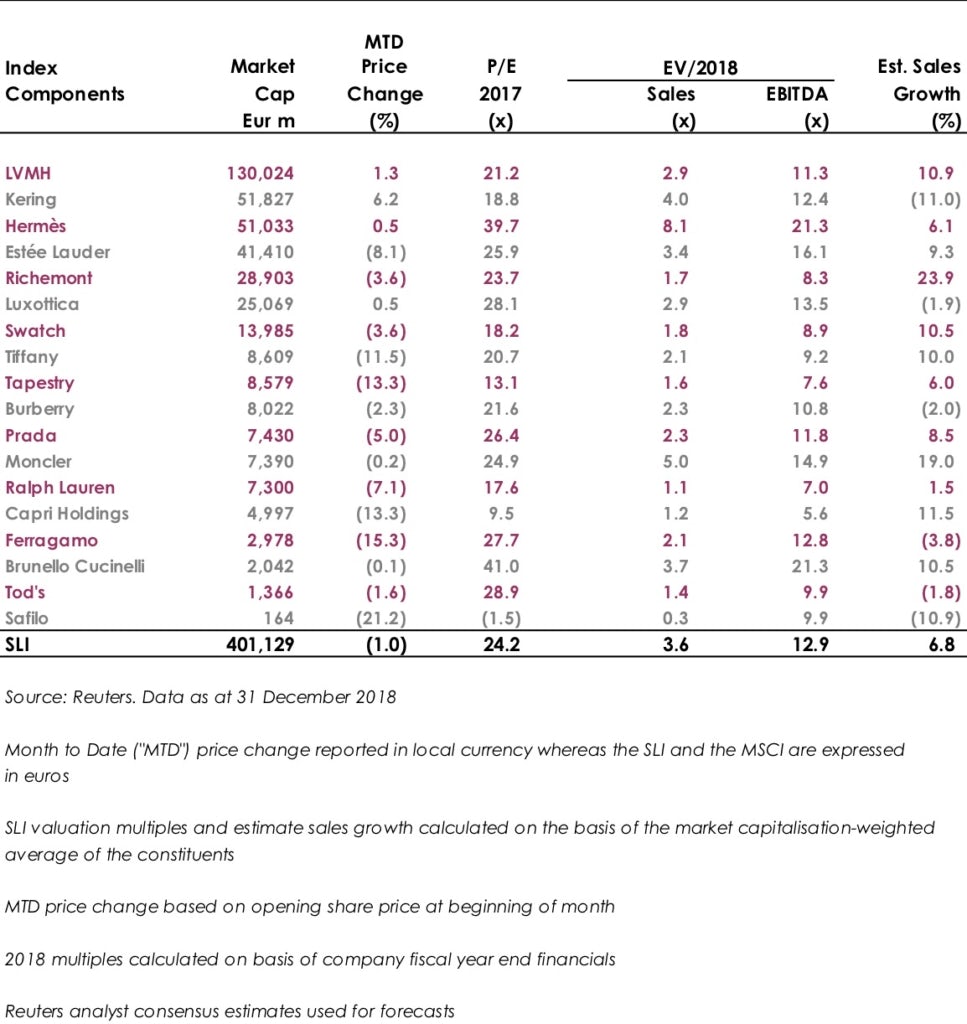 Editor's note: This article was updated on Tuesday, 8 January 2019.