Upbeat Results Prompt a Relief Rally in the SLI

Hermès, LVMH, Moncler and Kering all saw strong quarterly results as success in other markets offsets loss of business in Hong Kong.

LONDON, United Kingdom — Hermès, LVMH, Moncler and Kering all pleased the markets in their third-quarter results announcements, posting double-digit revenue growth figures as evidence that decline in Hong Kong was being more than offset by repatriated sales in mainland China.

Business in China has continued to blossom despite the country’s economic growth slowing to a three-decade low. Paradoxically, a weaker yuan has prompted many luxury consumers to stay at home, freeing up money that would otherwise be spent on travel for more luxury purchases, either online or from the nearest store. This was also helped by a sales tax cut earlier this year, as well as the continued narrowing of the price differential between China and the rest of the world.

Other markets in the region are also picking up the slack from Hong Kong. South Korea and Japan in particular have seen growth, with a looming sales tax increase in Japan driving some last-minute purchases. Nevertheless, there were some words of caution as to the impact of continued pro-democracy protests in Hong Kong over the coming months. LVMH announced that it was looking to cut costs there, notably by putting pressure on landlords to decrease rents.

The unrest shows no sign of abating: Hermès had to temporarily shut some of its 5 stores in Hong Kong including its airport shop as the protests escalated into violence, while Chanel postponed a show to present its cruise collection, initially scheduled for November 6, until further notice.

On a more positive note, Albert Elbaz and Richemont have entered into a joint venture to develop a new start-up, AZfashion. Not much has been revealed about the venture beyond a statement that it will focus on developing solutions for women of our times.

LVMH has tabled its largest bid ever, offering $14.5 billion for Tiffany. The deal, which is far from completion, would boost LVMH’s watch and jewellery sales to around €9 billion, putting the group toe-to-toe with Richemont’s €10 billion watch and jewellery business.

Corporate activity has stepped up a notch this month, with a further nine deals announced featuring some household names: Escada was acquired by US private equity firm Regent LP; Chanel acquired stakes in three of its suppliers in leather goods, bags and apparel in order to boost its production capabilities; while L’Oréal acquired Thierry Mugler and Loris Azzaro.

The Savigny Luxury Index (“SLI”) ended the month up almost 4 percent, also helped by news that European leather goods would be excluded from the tariff hike proposed by the US administration, closing the gap with the MSCI, which ended the month flat. 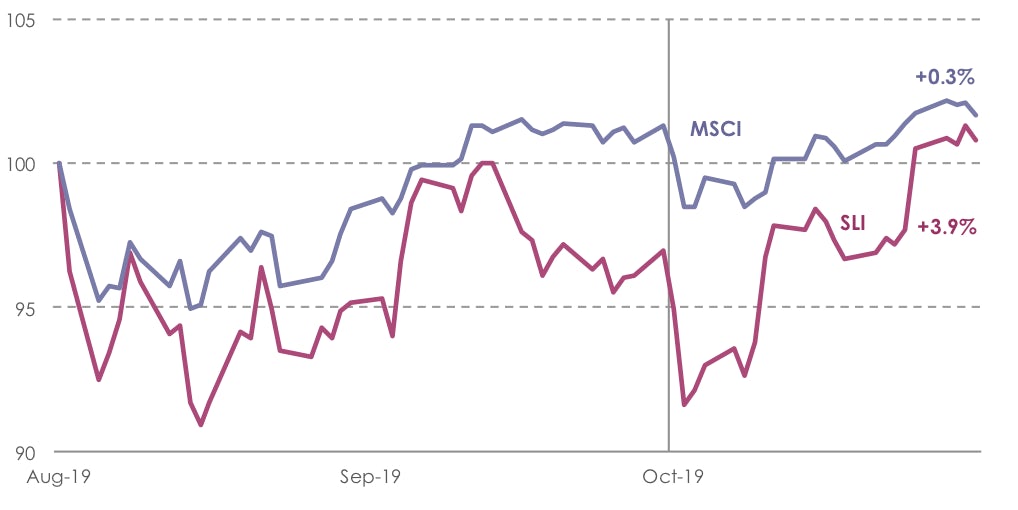 This month featured yet another apology to China, this time from Dior, about a map of China which excluded Taiwan that somehow made its way onto Weibo, one of the country’s most active social media platforms.

Dior is the latest firm to be caught in China’s political crossfire; Versace and Givenchy have also had to issue similar apologies in recent months. Hong Kong has become a hot topic too, with China criticising the National Basketball Association for a pro-Hong Kong message delivered by one of its team leaders — this prompted Tiffany to pull one of its global advertising images that some in China perceived as supporting Hong Kong protesters. Clearly the luxury sector cannot antagonise the goose that lays the golden egg. 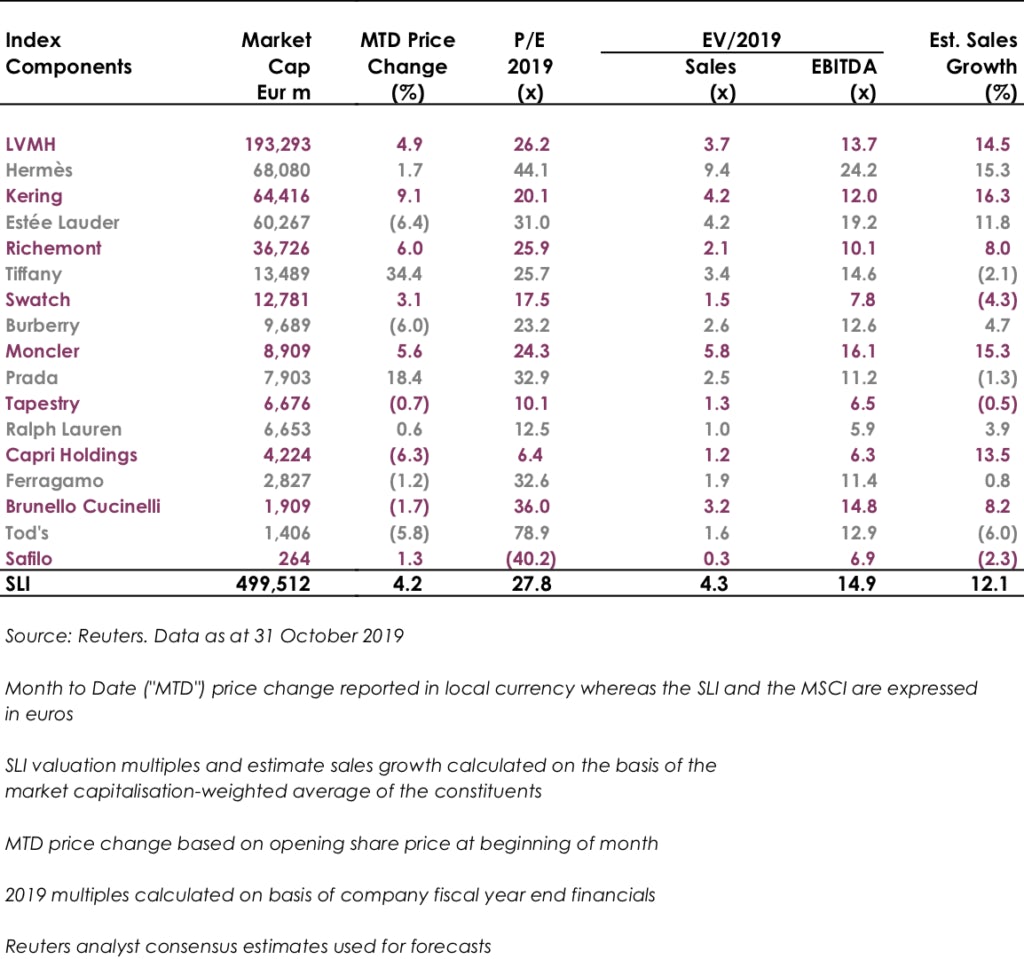