LONDON, United Kingdom —  The Savigny Luxury Index (“SLI”) fell almost 3 percent this month, relative to a decline of 1 percent for the MSCI. There had been some lingering concerns about high valuations throughout the month, resulting in downward pressure on our index, but the final straw came with the Italian government’s bailout of two regional banks at the end of June.

A mix of improvement and uncertainty: that’s the picture for the luxury sector. Whilst leading brands continue to outperform (see below), nobody is taking it easy. Valuations are seen as very high. The Chinese market recovery, currently priced in luxury stocks and so welcome by the sector after the brutal slowdown caused by President Xi Jinping’s anti-corruption drive, may come under threat at the next National Congress of the Communist Party (expected in November this year): should the government become concerned about currently rising debt levels and capital flight from the country, it could introduce measures to tighten liquidity and thus dampen luxury demand. In the US, early hopes for a swift implementation of the key economic measures of the Trump administration have been lost in what looks increasingly like a political pantomime. Even undisputed sector king Bernard Arnault is publicly weary of a forthcoming global crisis. In this context no wonder that the Italian government’s bailout of two Venetian banks at a cost of up to €17 billion revived prospects of a Eurozone debt crisis and triggered some short selling in the markets.

Nevertheless, the best companies are bullish on fundamentals, in contrast with the poor state of traditional US retail in general and department stores in particular. LVMH is firing on all cylinders. Kering’s Saint Laurent hosted an investor day, during which the company announced it expected revenues to double in the next three to five years, on the back of six consecutive years of 20+ percent growth per annum. Mulberry also came out with positive results and outlook, posting a 21 percent rise in profit backed by successful product launches and growing online sales.

The world has gone topsy-turvy, with geopolitical as well as economic indicators going in multiple directions at once. Who would have thought that a Chinese President would, at Davos, assume the mantle of global trade and the fight against climate change in the face of an inward-looking, protectionist US President, or bet on a complete reversal of prospects between the UK and France, the former increasingly fragilised by self-inflicted woes and the latter morphing from relative decline to the rejuvenated hopeful? Now more than ever the fundamentals of the luxury sector are all the more important: quality, desirability and differentiation, healthy margins and the ability to directly engage and properly service the customer in multiple channels. It is not rocket science, but there are no shortcuts. 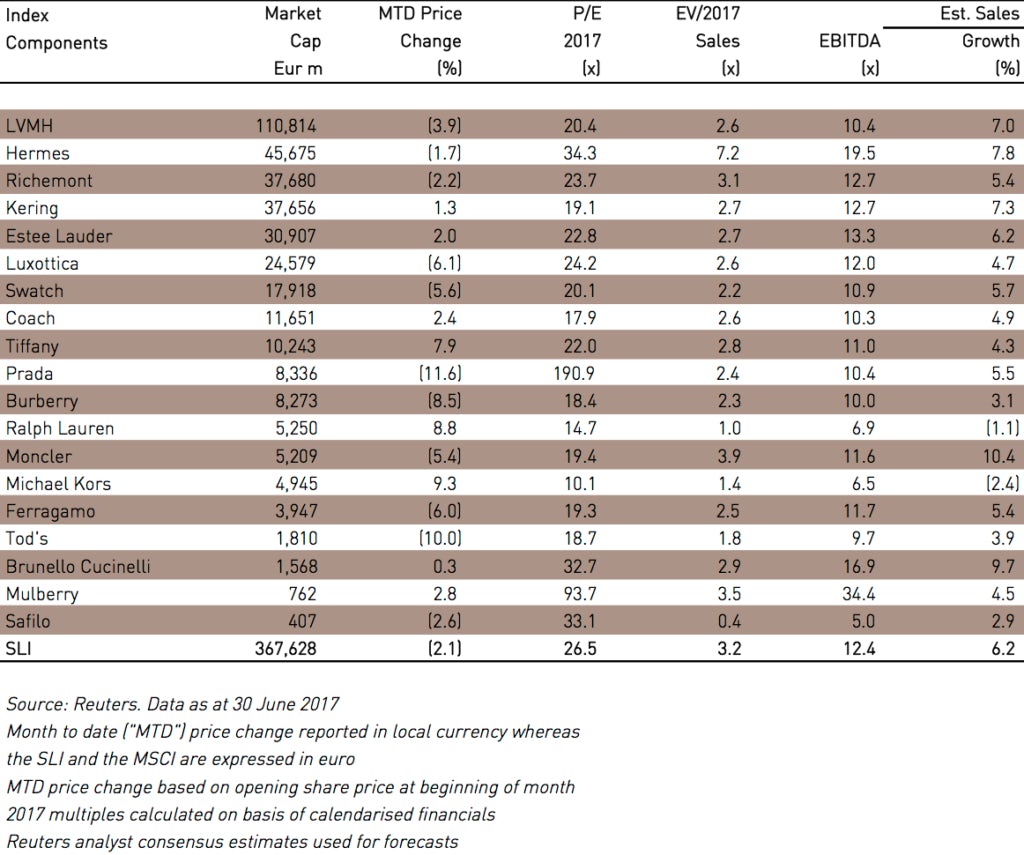