NEW YORK, United States — When Estée Lauder acquired MAC Cosmetics in 1998, the makeup artist-driven brand was still niche; its first 14 years in business driven by a grassroots, word-of-mouth marketing effort that helped build it into a global authority. But the company’s appointed president, John Demsey, didn’t choose to move ahead by investing heavily in print or television campaigns. Instead, the executive made the decision to focus on building more direct-to-consumer retail stores. “That helped to establish the brand’s presence,” says Demsey, now executive group president of the Estée Lauder Companies. “Not traditional advertising.” Under Demsey’s watch, MAC’s distribution jumped from 19 markets to more than 75. The brand contributes an undisclosed — but presumably significant — number to the $4.3 billion in makeup sales Estée Lauder generated in the 2015 fiscal year.

Fast forward nearly two decades, Demsey is still nurturing emerging brands, leading the company’s 2014 acquisitions of Rodin Olio Lusso, Le Labo, Editions de Parfums Frédéric Malle and Glamglow. None of which, by the way, are employing traditional advertising. “Establishing community connections has actually become the new marketing,” says Demsey, who also oversees Tom Ford, Bobbi Brown and a whole host of other brands in Lauder’s portfolio. “It’s the social-advocacy model: Content that’s not created by you that actually takes on a life of its own. It has an earned media value that rivals what used to be the paid-for media value of yesteryear.”

Transferring print and broadcast advertising dollars to digital efforts — whether that means programmatic advertising, sponsored content or earned media through influencer gifting — is a trend that can’t be reversed. But there is more change afoot: Brands are not only moving around their marketing and advertising dollars, but shrinking them. Estée Lauder’s global net expenses for advertising, merchandising, sampling, promotion and production development were $2.77 billion in the 2015 fiscal year, nearly a 3 percent decrease from $2.84 billion in 2014. L’Oreal spent $2.2 billion advertising in the United States in its 2014 fiscal year, down two percent from 2013. Coty’s consolidated expenses for advertising and marketing were $1.47 billion in its 2015 fiscal year, a six percent dip from $1.56 billion in 2014. Consumer packaged goods company Procter & Gamble cut its traditional media and online display budget by 14 percent to $2.64 billion in 2014. 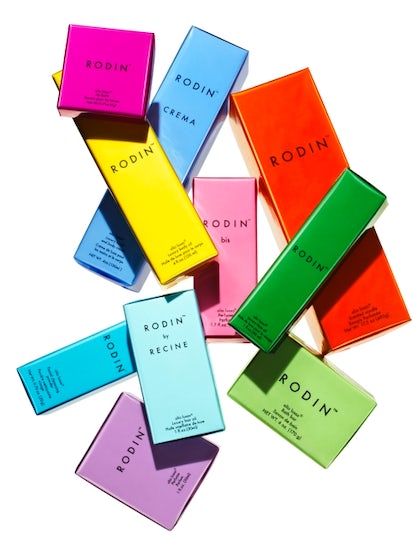 The drop, no matter how subtle, is indicative of a great trend in the advertising industry: Brands are not only transferring budgets to digital campaigns, which often offer a bigger bang for the buck, they’re also consolidating agencies. (In the past, a brand may have employed a different agency for its social media and print efforts. More often than ever, the most forward-thinking firms are one-stop shops.) However, the implications are unique when it comes to beauty, an industry that thrives when personal recommendations convert into purchases. “Younger customers are not reading a magazine cover to cover, they’re not ripping out pages of an ad and taking them to Sephora,” says Chris Haines, director of strategy at e-commerce consultancy Fluid. “They’re seeing products on Instagram.” While luxury accessories and fine jewellery brands — which sell products that can reach the five or six figures — still rely on traditional media to help establish their brand message, the relative affordability of beauty means that getting a reader to convert to a buyer is easier, and more effective online. “This is not a thousand dollar product,” says Gene Lewis, the chief creative officer at interactive marketing agency Digital Pulp. “It’s a low enough price point that it’s worth trying out. And now, it’s only one click away.”

Both niche and legacy brands are finding that vlogger product reviews, customer comments and compelling editorial content across their own platforms are more financially efficient ways of marketing their brands, engaging customers and above all, driving sales. “In the mix of our businesses, the brands that grew the most in 2014 were also very low [advertising and promotion] intensive,” said L’Oreal chief executive officer Jean-Paul Agon on a February 2015 earnings call. “Kiehl's has no media. Urban Decay has no media. Many of these brands have no media.”

What they do have is word of mouth, which, according to marketers, has become an even more powerful tool in the past decade. “Mobile has changed the conversation,” says Chris Gilbert, a social media manager at digital agency Kettle. “If people are sitting down over a drink or brunch and talking about the latest brands, the difference now is that everyone has their phone and become looped in instantly.”

In-person recommendations give way to customer reviews, testimonials and comments online, which can make a real impact on conversion. There have been dozens of disparate figures released on the relationship between reviews and conversions, but all point to the same conclusion: reviews matter. “They are such an important part of it,” Gilbert says. “Just look at Sephora.com.” Indeed, “Sephora visibility can boost conversion due to its number of reviews, which influence 90 percent of beauty purchases,” L2’s Homa Zaryouni wrote in February 2015. “Best-selling products on Sephora have, on average, five [times] the reviews than on comparable sites.” A study by Reevoo, a company that offers ratings and reviews services to retailers, suggests that 50 or more reviews per product can mean a 4.6 percent increase in conversion rates. Many nascent brands are even using comments to help develop products. “This is a company built just as much around our community as it is by us,” Glossier chief executive Emily Weiss told BoF in September, citing a post about a prospective face wash that generated more than 370 comments.

Recommendations by influencers can be even more powerful, given the breadth of their audiences. Beauty’s most famous blogger, Michelle Phan, boasts 8.2 million subscribers to her YouTube channel, while Zoë Sugg has nearly 10 million. “Broadcasters on Periscope, for instance, have an extremely passionate following that really trusts them,” says Lewis. “And some of the bigger bloggers are now seen as a media channel. They’re a direct line to the customer.”

Brands are also choosing to invest more in their own channels of communication, from social media to website editorial content. “Advertising is one to many, whereas social media is one to one,” Haines says. “To suddenly have that word-of-mouth effect is so much more powerful.” Linda Rodin, the fashion stylist behind the cult label Rodin — which, as previously mentioned, was sold to Estée Lauder in 2014 — has emerged as an influencer in her own right, with more than 65,000 followers on Instagram and endless editorial features in top publications, from the Coveteur to Vogue, no advertising necessary. “For a smaller, emerging company, it makes absolutely no sense to take out national ads,” he continues. “The ones that do it want to reach retailers and wholesalers. If you’re trying to build a brand and sell product, digital is your best value. It’s cheaper, you can target it, you don’t have to pay if it doesn’t work. It’s all the things that print advertising is not.”

Other Estée Lauder-owned entities, including the namesake brand and Bobbi Brown, employ teams of editors to create original content for their various platforms. In 2012, L’Oreal relaunched Makeup.com, an editorial site with zero L’Oreal branding, but only featuring L’Oreal brands. “It’s a content-rich soft sell,” Haines says. “They’re not hitting you over the head with the products, but the products are the backbone.”

There’s no arguing that for some brands, traditional marketing will always be a part of the allocation. But the shift is real. “We’ve gone from the world of broadcasting to narrowcasting,” Demsey says. “Now, the consumer talks back to you.”