The designer talks casting, Instagram and working with chief executive Sebastian Suhl to take the company to the next level. 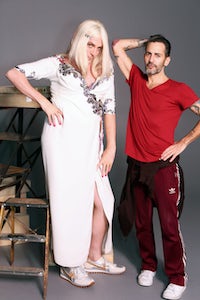 The designer talks casting, Instagram and working with chief executive Sebastian Suhl to take the company to the next level.

The creative manifestation of the new strategy was first unveiled in September at Jacobs’ Spring 2016 runway show, a star-spangled, buttered-popcorn ode to America. But the company’s Spring 2016 advertising campaign — a series of portraits shot by David Sims, which tops BoF’s ranking of the Top 10 Campaigns of the Season — was the first overtly consumer-facing communication to reflect the company’s new brand architecture.

“When we started with Sebastian [Suhl, the company’s chief executive officer, who joined from Givenchy in 2014], we started thinking about what we were about, meaning Marc Jacobs as a company,” the designer told BoF. “It gave me reason to sort of reflect on who we are, what we do, what makes us us. The catalysts, the people who inspire me. All of this to say, what are the consistencies?” 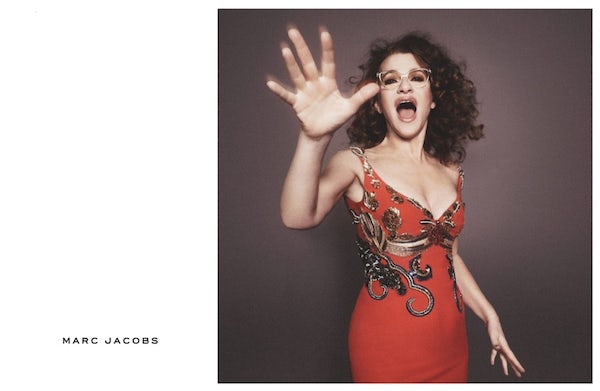 In some ways, the Spring campaign is a continuation of what Jacobs and Sims, along with longtime collaborator Katie Grand, dreamed up for Autumn: a series of portraits of those who land, somehow or another, in the designer’s karass. “I started looking at pictures that I did over the years with Juergen [Teller] and how we started with the advertising. It was for Joe’s magazine — Joe McKenna had a magazine called Joe’s — and we didn’t really have money to shoot an ad campaign,” Jacobs said. “But Kim Gordon, who was and is a friend of mine, was performing and she was wearing one of my dresses. I asked Juergen if he would go around and photograph her on stage and he did. When I started thinking back to all of that, Katie and I thought that it would be a nice thing to do with David: bring in the people who were a part of the Marc Jacobs family. People who have inspired me creatively and people who were somehow connected to the work that we do.”

Last season, the lineup included Sofia Coppola, Cher, Winona Ryder, artists Rachel Feinstein and John Currin and Pulp bassist Steve Mackey. “The campaign was about the people that inspire us,” Jacobs said. “I didn’t want to let go of that. There are still plenty of people around that we didn’t get to shoot the first season.”

For Spring, he enlisted the likes of Bette Midler, Sandra Bernhard and Pat and Anna Cleveland. The idea for the collection itself began with the June 2015 Supreme Court ruling in favour of legalising same-sex marriages. Jacobs spent time flipping through Instagram, observing the proud-to-be-American reactions of his friends, including Miley Cyrus. “I thought, ‘Wouldn’t it be fun to do “America” this season?’ Of course I was being a little bit sarcastic and cynical. Well, I was being a little silly about it. Reductive,” he recalled. 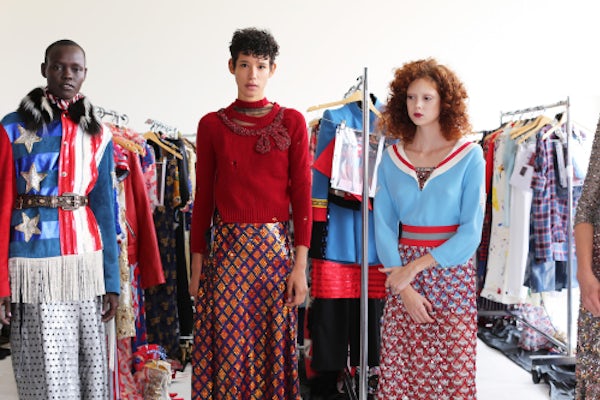 The next day, he went into work and declared that Spring would be manufactured in red, white and blue. “I began thinking about what my America was, but in a very loose way. I was overwhelmed by these feelings and the idea of equality and it brought me back to Lana’s speech.”

Lana, being Lana Wachowski, co-director of The Matrix and an icon in the transgender community, whose October 2012 speech, made after receiving the Human Rights Campaign Visibility Award, deeply affected the designer.

“I’ve watched it probably, without exaggeration, 150 times, if not more,” Jacobs said. Jacobs and Wachowski were connected through Wachowski’s wife, who noticed that Jacobs had quoted Wachowski in a recent magazine profile. Wachowski attended Jacobs’ Spring 2016 runway show and weeks later the designer asked her to appear in the campaign. In early January, Jacobs documented much of the story on his personal Instagram account, where he offered his followers a first look at Wachowski modelling Marc Jacobs' wares. (The official Marc Jacobs account followed up with a branded version of the image.)

“This season’s ad campaign represents a series of connected events; a visual narrative. It is a personal diary of people who have and continue to inspire me and open my mind to different ways of seeing and thinking,” he wrote in the caption. “The spectrum of individuals photographed in our Spring/Summer 2016 ad campaign represent a celebration of my America.” 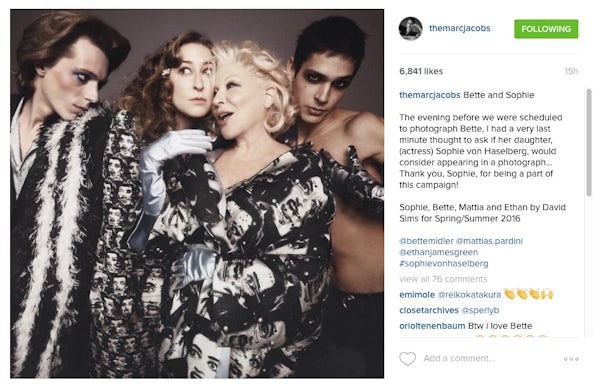 Like many designers, Jacobs has come to appreciate the power of Instagram. Instead of placing the images with a traditional media outlet, he decided to go directly to consumers with the personal story behind the campaign and his connection to the individuals who populate it.

“When I started my personal account, I thought I needed to share personal stuff,” he said. “Whether it was at lunch at home with a friend, or my personal story of how I met these people and why they’re inspiring to me, as opposed to a company press release or leaking an ad.”

Jacobs has become a fan of the platform since joining in March 2015, making headlines with his often raw and wildly personal posts. And yet, for years, he resisted social media. He remembered a Love magazine signing at Bookmarc with Kendall Jenner, Gigi Hadid and Emily Ratajkowski. The streets were closed as police circled the blocks surrounding the event. “You couldn’t get near the store and it was because people wanted to see Kendall Jenner. As much as I adore Kendall and thought this was fantastic, I [also] thought, ‘Seriously? There’s got to be more than just being a Kardashian,’” he recalled.

Soon after, Jacobs was interviewed by Suzy Menkes, who asked him about social media. “I went off on this whole thing,” he said. “It sounded like ‘I hate Instagram, I hate social media, it’s ridiculous and I don’t want anything to do with it.’” He headed home and promptly photographed himself in front of an Ed Ruscha portrait. “It was in the [Diana] Vreeland tradition of hating it until you love it, loving it until you hate it,” he said. “But then, I learned a lot from Instagram, because I started following people that are my friends. I don’t get to see a lot of the people I’m friendly with because we are in different places at different times. Me, mostly in this office. Them, wherever they are. And I kind of like the attention. It’s not why I do what I do, but it’s part of why I do it. I like seeing that, all of the sudden, you post a picture of yourself lying on the couch with your dog and there are 10,000 likes. I enjoy [it].” 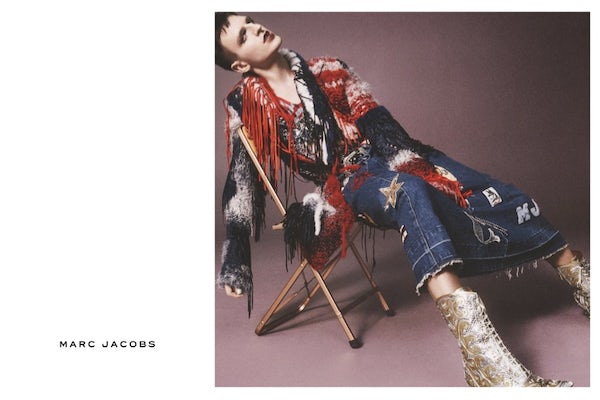 Suhl, the engineer behind Marc Jacob’s new brand architecture, believes the campaign — and the specific way in which it was first communicated to consumers — is indicative of the work he and Jacobs have put in over the past year to bring the label back to its origins.

“The reality is that, what we’re doing now is in the original spirit of the brand,” Suhl said in his office, just a few steps away from the company’s showroom. “The Marc Jacobs house has been operating two distinct lines since 2001. But [the secondary collection] wasn’t originally called Marc by Marc, it was Marc Jacobs with the Jacobs greyed out so that you could distinguish them. Which is a superficial point, but a very telling one, because the whole philosophy was that you had this really trendy, powerful fashion house that was small at the time, that launched a more democratically priced line within the same aesthetic vision.”

At the time, Suhl was an executive at Prada. “I wasn’t at all particularly interested in items with a lower price point, but I was blown away. And I remember, Mrs. Prada [was] as well,” he continued. “Marc Jacobs was always a brand and designer we had great respect for. To see this democratically priced product within that world was quite mind blowing. Marc is the kind of designer and this is that kind of house where luxury isn’t about high price, it’s about experience, quality and design.”