Slimane and Tisci Tease New Visions Ahead of Big Debuts

The designers are set to make their respective ready-to-wear debuts at Burberry and Celine this month. But for those following along on social media, the action has already begun.

LONDON, United Kingdom — Riccardo Tisci and Hedi Slimane are set to make their respective ready-to-wear debuts at Burberry and Celine this month. But for those following the designers on social media, the action has already begun. 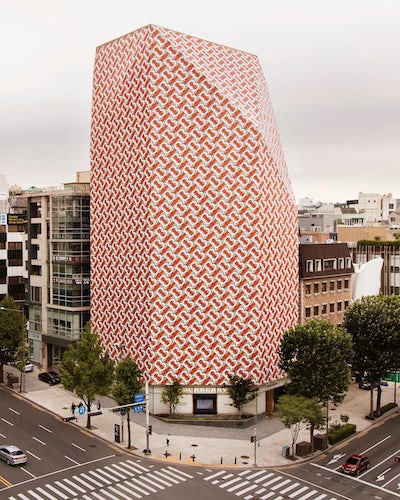 Over the past week, both designers have taken to Instagram, using both their personal and official brand accounts with a stream of imagery designed to trigger a crescendo of social media conversation in the run up to their shows. Designers like Virgil Abloh and Kim Jones have taken a similar approach, teasing their visions on social media before their runway debuts, but the strategy is a major departure from the traditional "Big Bang" approach of the pre-Instagram past, when designers would remain silent until the day of their shows.

In recent days, Burberry has posted a picture of a giant, seemingly made-for-Instagram teddy bear on the Xintiandi Taiping Lake in Shanghai, a flagship storefront in Seoul and parasols located at New York’s Sunset Beach — all of which were covered in the brand's new Peter Saville-designed monogram. Meanwhile, Celine has published images of Slimane's first campaign for the house, displayed on white trucks roaming the streets of New York, and a new logo (sans accent).

But the guerrilla marketing tactics didn’t stop there. Burberry also partnered with Dazed Korea on a logoed cover of its latest print issue as well as with youth culture title Highsnobiety on a custom black and white filter of the new monogram that appears to “glitch” when hovering over articles on Highsnobiety’s website. At Celine, posters with its new campaign also popped up in key cities, while Lady Gaga was spotted carrying Slimane’s first handbag for the LVMH-owned label last month. 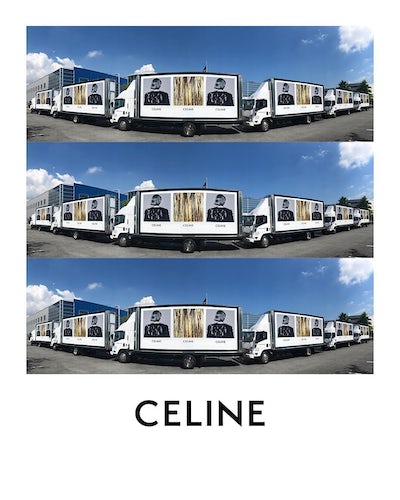 Slimane is embarking on a major overhaul of Celine, renovating its fleet of 140 stores, while also expanding into menswear, fragrance and couture in order to “reach at least €2 to €3 billion euros, and perhaps more, within five years,” LVMH chairman Bernard Arnault told investors in Paris in January.

Tisci, for his part, is working closely with ex-Celine chief executive Marco Gobbetti, who joined Burberry in July 2017 and plans to reposition the British megabrand further upmarket and boost its leather goods business, which currently accounts for less than 40 percent of revenue.