After facing fierce criticism for copying a Dapper Dan style for its latest Cruise collection, the Italian luxury brand has launched a collaboration with the Harlem couturier.

NEW YORK, United States — Twenty-five years after Louis Vuitton and Gucci forced Daniel "Dapper Dan" Day to close the Harlem boutique at which he sold extravagant outfits emblazoned with fake logos from European luxury houses, one of those brands has offered him a powerful platform.

According to The New York Times, Gucci is sponsoring the opening a new Dapper Dan studio and atelier and will supply the designer with raw materials. Additionally, Gucci and Dapper Dan will collaborate on a capsule collection due out next spring.

The partnerships follows fierce criticism of Gucci after the Italian fashion house replicated a design made by Dapper Dan in 1989 for its Cruise 2018 collection, without crediting the Harlem couturier. Some felt Gucci creative director Alessandro Michele had plagiarized Dapper Dan’s work, though the designer later characterized the look as an "homage."

On Sunday, Dapper Dan revealed that the brand reached out to him after the controversy, marking the start of a new relationship that will bring Dapper Dan into Gucci’s family of external collaborators, which also includes Trouble Andrew, aka Gucci Ghost, and Coco Capitán.

In campaign images shared exclusively with BoF, Day is pictured in the Harlem neighbourhood where his boutique became a 24-hour mecca for his signature bootlegged luxury logo-covered styles embraced by American hip-hop culture long before high fashion started courting that community itself.

Editor's note: This article was updated on 11 September 2017. 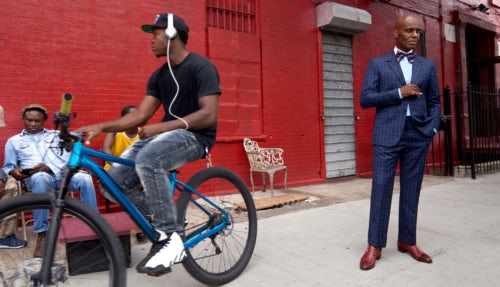 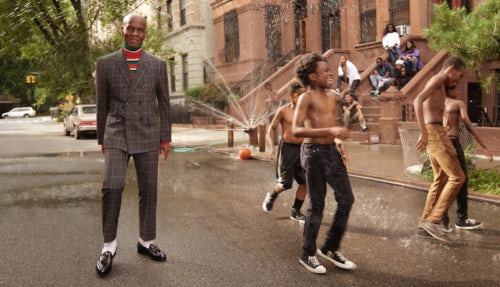 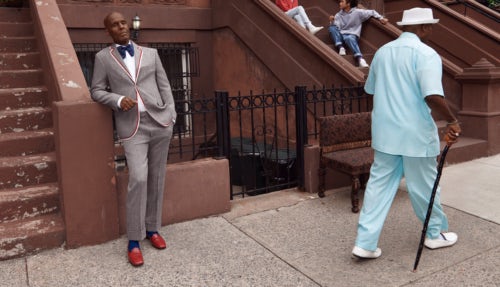