The brand has recruited some of the world’s most polarising celebrities, from Nicki Minaj to Gucci Mane, to front a new campaign bringing cyber-bullying issues to light.

LONDON, United Kingdom — In a bid to connect more closely to today’s consumers, a younger generation who take a stance on social issues and push brands to become activists, Diesel is tackling cyber bullying in its Autumn/Winter 2018 campaign.

Four-in-ten Americans have personally experienced online harassment and 62 percent consider it a major problem, according to a 2017 study by the Pew Research  Center. While many take a step back when faced with negativity and criticism on social media, Diesel is making it public.

As part of the campaign, some of the world’s most polarising celebrities, from Nicki Minaj and Gucci Mane to actors Bella Thorne, Tommy Dorfman and Yoo Ah-in and model Jonathan Bellini, have taken the most hateful messages they have received on social media and applied onto a Diesel design — what the brand calls “hate couture,” a riff on custom-made haute couture garments. 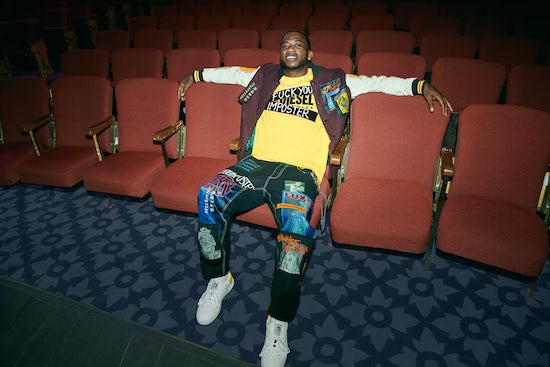 Nicki Minaj’s T-shirt is emblazoned with the words “The Bad Guy,” while Gucci Mane has “Fuck You, Impostor” written on his shirt. The limited-edition pieces will be available in Diesel stores and online, and customers will also be able to create their own customised items from October 6. With the proceeds from the sale of the pieces, Diesel will be making a donation in support of anti-bullying programmes at its OTB foundation, a non-for-profit organisation.

“We wanted to create this controversial irony with our clothes,” says Renzo Rosso, founder of Diesel and president of OTB Group, the holding company of Diesel as well as Maison Martin Margiela and Marni. “It’s the way we have to communicate today. We have to do it with our lifestyle and irony.”

The Diesel brand, which marks its 40th anniversary this year, was built on provocation. The brand has previously created some of the world’s most controversial advertising campaigns, tackling issues such as politics, religion, sexuality and race (think two male sailors locked in a kiss celebrating the end of World War II or a black man diving into a pool for “whites only” during Apartheid in South Africa).

For Rosso, today’s ad campaigns are much more important. “For me, the 90s advertising was not very controversial, it was just an ironic way to see the problems,” he said. “Today it’s more close to the reality of the age, where people are into social issues and can talk with everyone about this. It’s the only way to survive — to be in contact with the new generation.”

Renzo Rosso: ‘Galliano, Elbaz and Me’