BASEL, Switzerland — Any seasoned guest would tell you that this year’s Baselworld is going to be as lavish as ever. On March 17, the world’s watchmakers, jewellers and horology enthusiasts will descend on the Swiss city of Basel for the glittery industry fair, where the latest innovations in timekeeping are unveiled and gem-encrusted baubles from the likes of Chanel, Chopard, Patek Philippe and Graff tempt buyers from around the world, who mingle with executives from the apex of luxury.

But away from the carefully choreographed opulence of this annual trade show, an unsettling reality is keeping some in the watch and jewellery trade awake at night. Acute pressure has been mounting on the industry’s $80 billion diamond market. While diamonds were once the benchmark of jewellery collecting, slowing demand in key markets such as the United States, China and the Middle East has sent a ripple through the global diamond pipeline, driving prices down by nearly 25 percent in 2015, according to consulting firm Bain & Company.

“The second half of [2014] and the first half of 2015 have been characterised by a degree of uncertainty in the diamond industry,” explains Olya Linde, lead author of Bain’s global diamond industry report 2015 and a Bain partner. “The inflated expectations of further growth in demand for diamond jewellery were not realised. These expectations led to stock accumulation throughout the diamond pipeline, causing price declines for both polished and rough diamonds.”

Although rough and polished diamond prices saw some recovery in February this year, caution remains as global demand for diamonds is still relatively weak. According to RapNet Diamond Index (RAPI), a respected industry benchmark, measured by the Rapaport Group since 1978, prices of top-quality diamonds have dropped by as much as 80 percent in real, inflation-adjusted terms over the last 30 years. And while cheaper gems may be good news for consumers, it is not for those working in the sector.

Weaker demand for diamonds, coupled with a growing supply glut, is unsettling for some in the Swiss Alps, whose businesses are linked to a web of traders in cities like Antwerp, Tel Aviv, Mumbai, Shanghai and Dubai to provide polished diamonds for use in jewellery. But the impact has been felt more acutely further upstream in the supply chain as diamond miners, cutters and polishers around the world watch mines shutter and factories close, leaving hundreds out of work.

A Domino Effect of Despair

About 90 percent of the world’s natural diamonds pass through the Indian state of Gujarat, where the cost of polishing and cutting diamonds is as little as a 10th of the equivalent price in Europe. During its peak, Godhani Gems served as one of the bigger diamond factories in the city of Surat, the second largest city in Gujarat. But in July 2015, the factory was forced to shut down after experiencing a 50 percent dip in the production of all its diamond polishing units in its final six months.

The closure left 1,200 polishers jobless, driving some unemployed workers to commit suicides, according to local reports. But Gujarat is just one link in a tangled supply chain that stretches around the globe, with many examples of recent despair. In Botswana, where the diamond industry contributes around 20 percent to the national economy, four polishing factories were closed and over 1,000 job lost in 2015. Layoffs have also been reported at De Beers’ mines in Canada and South Africa. 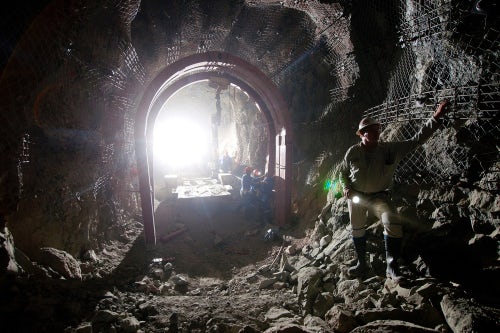 Most of the world’s rough diamonds come from a relatively small number of mines in Russia, Canada, Australia and southern African nations like Botswana, DR Congo, Angola, Zimbabwe and South Africa. Rough diamonds are then cut and polished, often in India and Africa, before eventually making it to the hands of traders in countries such as Belgium. Yet, polished diamond exports from Belgium have been declining 4.5 percent year on year, falling to $772 million for the month of January 2016, according to the Antwerp World Diamond Centre (AWDC), heavily impacting Antwerp’s diamond district, which is reported to employ over 8,000 workers.

“There is this growing trend of consolidation, especially in the midstream of the diamond pipeline. This is not the kind where one business buys another, but one where businesses close because of the difficult business environment, resulting in a decrease in the number of players,” says Edahn Golan, an Israel-based diamond industry consultant.

“This has created a sort of bullwhip effect: several retailers, mainly in the US, found themselves with relatively high inventories and have therefore slowed down purchases from wholesalers. This reverberated up the diamond pipeline, resulting in an overall slowdown in business activity,” he continues.

Weak demand for diamonds has exacerbated the already precarious position of some fine jewellery retailers, which have been suffering from broader macro consumption trends such as China’s economic slowdown. In November 2015, Tiffany & Co. lowered its full-year profit forecast after holiday sales fell, while Chow Tai Fook jewellery group, a leading jeweller in China with over 2,300 stores in the mainland, has slowed expansion plans amid a challenging retail market.

The global diamond market is at stake as other luxury goods categories, especially in the US, show faster growth. From 2004 to 2013, the American luxury electronics sector registered annual growth of almost 14 percent, while fine wines and champagnes grew 11 percent. In comparison, demand for luxury jewellery rose just 1.9 percent.

“The main culprit is the US market,” says Corrado Facco, managing director of Fiera di Vicenza, attributing weak demand to “the strengthening of the US dollar, which put tremendous pressure on certain markets.” 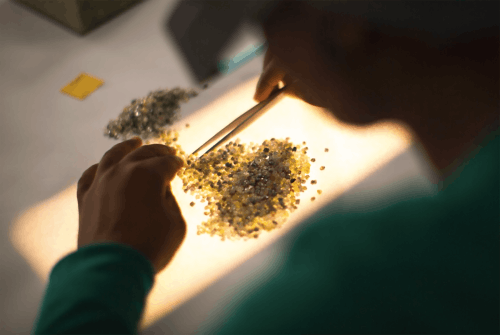 After the US, the second largest consumer of precious stones is China. Up until 2013, consumption in the country saw immense growth. However, sales over the past year have declined, due in part to the country’s overall economic slowdown and President Xi Jingping’s anti-corruption campaign, which has made government officials and their families wary of conspicuous displays of wealth. “The clampdowns on graft…and recent stock market volatility…presents a challenging retail environment in Hong Kong,” says Cornelia Grant, a spokesperson at mining group Petra Diamonds.

“Inflated expectations” by jewellers, who assumed that earlier growth patterns would be sustainable — or at least consistent — have led to diamond stock accumulating in the industry’s pipeline, says Bain’s Linde, explaining that the industry is not “robust” enough to account for the market’s short-term fluctuations. “Rough-diamond producers and polished-diamond manufacturers must be conscious of managing supply levels” and “brands must re-evaluate business models to account for the uncertainty in the market,” she cautions.

When diamond prices started to plunge last year, a quarter of world supply disappeared as the biggest producers De Beers and Alrosa cut output and sales. De Beers cut its output target three times in 2015, reducing its goals by as much as 15 percent to 29 million carats. In comparison, it mined 32.6 million carats the previous year. Meanwhile, Alrosa reported that it only sold half the stones it mined in the third quarter.

Notoriously opaque and sometimes secretive, the diamond industry has had its reputation damaged by misconduct over the years, most famously the procurement of “blood diamonds,” the term used to describe gems that bankrolled regional conflicts in Africa, killing thousands of people in the 1990s.

“Greater transparency in the diamond supply chain is one way of encouraging the return of consumer confidence and appetite for diamonds. At the moment, only Canadian and Australian diamonds can be traced back to their mine origins,” says Sarah Carpin, director of London-based Facets PR.

Indeed, the diamond industry has a long and troubling association with unethical mining practices, including human rights and environmental abuses. “Large conglomerates often source diamonds from a mixed bag of approved mines throughout the globe. Most consumables in the world are fully traceable from source to consumer, but the diamond industry still hides behind a controlled chain ensconced with smoke and mirrors,” says Willie Hamilton, chief executive of the Company of Master Jewellers trade association in the UK.

Advances in technology and changes in management techniques mean that many negative impacts are now avoidable, but at a cost. And some mining companies are now making efforts to minimise the footprint of their activities, including working to restore ecosystems post-mining.

Meanwhile, cheaper, synthetic diamonds are marketed as a solution to the ethical and environmental shortcomings of the diamond trade. Created inside a laboratory in just a few weeks, they are chemically indistinct from their mined counterparts. Experts say that only a trained gemmologist using specialist equipment would be able to tell naturally mined and man-made stones apart. 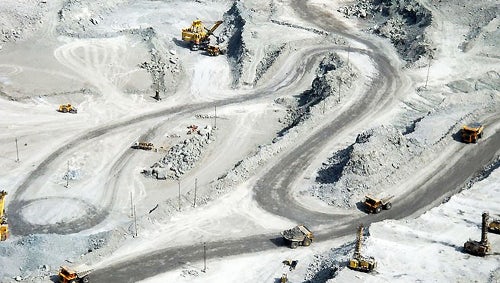 “The idea that crystal or ‘cheap paste’ is a poor imitation of real diamonds has long gone,” says Facets PR’s Carpin. “Many brands are now producing jewellery using simulants that are indistinguishable from the real thing.”

Golan states that further developments could one day force the diamond industry to reframe the story of natural diamonds into a niche. “This brings us back to the point of promoting natural diamonds as a luxury item… We are going through a crisis, but when it ends, I hope that the diamond industry’s manufacturing sector will refrain from an overreliance on bank financing. Healthy profits and good margins will result in sustainability and the ability to invest in marketing.”

In 2015, gem producers including De Beers, Rio Tinto and Alrosa formed the Diamond Producers Association, following calls from within the industry to create a body that will fund a campaign to drive consumer demand. Faced with challenges such as maintaining long-term demand for diamonds, especially among millennials, the association will dedicate a three-year $18 million budget for advertising, specifically targeting a younger demographic.

It was an ad agency working for De Beers that, in 1947, established the phrase, “Diamonds are forever,” that helped De Beers convince people for almost 70 years it was worth investing in a gem. Today, the market is more competitive, says Hamilton. “Now [it’s] a tired and overhyped marketing ploy, which has resulted in the consumer looking at alternative precious gems, such as colour or even laboratory-made diamonds.”

Still, unlike synthetics, natural diamonds are “undeniably romantic,” says Carpin. “They are created by nature and perfected by the skills of diamond cutters and polishers, who are trained to bring out the inner beauty and fire within every stone.”

Federica Frosini, the former editor of Condé Nast’s specialist jewellery magazine Vogue Gioiello, and founder of the online jewellery platform Amusingold.com, agrees. “Diamonds will always be the first investments of passion,” she says.