Part of a new wave of seasoned publicists who have struck out on their own, Guillaume Delacroix is partnering with Justin Padgett to expand his PR business to New York.

DLX is opening a second office in New York, marking a new chapter for the Paris-based communications agency, which currently count MatchesFashion and Christopher Kane among its clients.

The agency, founded in 2015 by Guillaume Delacroix, offers services that span public relations, events and digital marketing, but the New York office will forego the traditional showroom space. “We can host important appointments if need be, but the business is not structured around that,” said Padgett, who joined DLX as the founding partner and president of the New York office. Most clients, he said, showcase their collections in their own studios.

DLX’s expansion to Soho’s Grand Street is part of its new growth strategy, following funding this year from Bpifrance, whose programme aims to promote the establishment and development of French entrepreneurs abroad. The investment, said Delacroix, will be used to build up the team in New York, which currently has 3 full-time employees, as well as fund the space for the team to operate out. The terms of the deal were undisclosed. 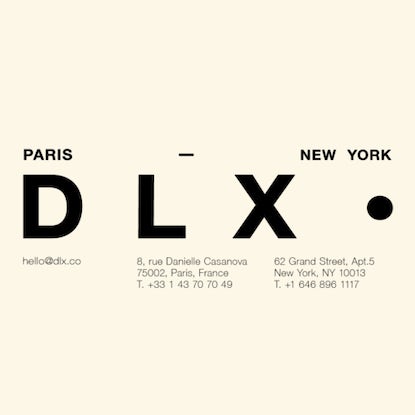 "Personal relationships" and "individuality" were key traits that attracted Ganni chief executive Nicolaj Reffstrup to DLX. He added that the agency allowed "[us to] have more control over the context which we are presented in."

Delacroix, who is president of DLX Paris, previously worked at KCD, Karla Otto and Balenciaga, while Padgett comes with 14 years of experience developing communication strategies at Black Frame, Starworks Group and Asos.

The duo is part of a new generation of seasoned publicists, who have struck out on their own, promising a more holistic and personal approach for their clients: Daisy Hoppen launched DH-PR in 2013 after a career at Purple and Karla Otto; Nate Hinton left PR Consulting to start his own agency in 2017; and Danielle McGrory, formerly vice president of digital at KCD, teamed up with the firm’s former vice president of PR, Hallie Chrisman, to launch their own business Communité this year.

However, Delacroix and Padgett stressed that they are not looking to become “a big corporate business” — instead, they see the New York office as an opportunity to keep their finger on the PR pulse.