Have We Reached Peak Royalty?

The Duke and Duchess of Sussex’s bombshell interview with Oprah Winfrey may have changed the way many perceive the royal family. But it likely won’t stop people from shopping like them.

Have We Reached Peak Royalty?

The Duke and Duchess of Sussex’s bombshell interview with Oprah Winfrey may have changed the way many perceive the royal family. But it likely won’t stop people from shopping like them.

Catherine, Duchess of Cambridge and Meghan, Duchess of Sussex, wield an influence in fashion that few others can compete with
Marketing & PR
Share
Comment
BoF Professional Exclusive
By Diana Pearl March 9, 2021 05:30

It’s been the better part of two centuries since the British royal family played more than a ceremonial role in politics. But in fashion, royalty still reigns. Or at least it did until Harry and Meghan’s sit down with Oprah Winfrey on Sunday.

Meghan Markle, during her brief tenure as Duchess of Sussex, proved a powerful force when it came to setting trends. The “Markle Effect,” as it came to be known by the many websites that sprang up to chronicle her fashion choices, echoed the “Kate Effect,” which commenced a decade earlier with the arrival of Kate Middleton into the royal fold as the Duchess of Cambridge, and is still going strong. Garments worn by either duchess routinely sell out within hours.

“Everything Meghan and Kate touches turns to gold,” said Christine Ross, founder of Kate’s Royal Closet and Meghan’s Mirror, two websites that chronicle royal style. “It really is something that doesn’t happen with other celebrities or with first ladies. It seems to be exclusive to Kate and Meghan in the longevity of it.”

On the surface, it’s easy to see the sartorial appeal of Kate and Meghan, modern day princesses who wear designer gowns and tiaras worth thousands, but also Hunter boots and tops from J.Crew. Kate is known for her tailored Catherine Walker coats and penchant for Superga sneakers and striped shirts, while Meghan is more synonymous with of-the-moment brands like Veja and sleek silhouettes from Staud and Misha Nonoo.

And there’s no denying that their presence in the family has been the catalyst of a major cultural moment for the monarchy, one that has not only turned new generations into royal fans, but given the institution cultural relevance for entirely new audiences.

But on Sunday evening, clad in one of those aforementioned dresses (a black Armani number that retails for $4,700), Meghan exposed that new audience to the dark underbelly of royal life. Speaking for the first time about her and husband Prince Harry’s decision to step back as working members of the family, Meghan said racist treatment from the press and a lack of support from “the firm,” as the institution of the royal family is known, not only drove the couple out of their roles, but for her, to suicidal thoughts.

It’s undoubtedly the darkest moment for the monarchy since Princess Diana’s tumultuous relationship with Prince Charles, and her tragic death, which similarly dismantled the family’s meticulously constructed image.

The monarchy will survive Harry and Meghan’s interview with Oprah Winfrey. Whether that’s true for fashion’s “royal effect,” built on fairy-tale weddings and carefully choreographed public appearances, remains to be seen.

While Meghan’s interview exposed the negative side of the royal facade, if anything, it’s likely further her fans’ devotion to her. And as the success of Netflix’s “The Crown” has shown, there’s nothing like an inside story to get people invested.

“It has just really lifted the veil,” said Reesa Lake, executive vice president of brand partnerships at influencer agency Digital Brand Architects. “People will love Meghan more because she told her truth and was completely vulnerable.”

Meghan and Kate, of course, aren’t the first royals with substantial sartorial influence. Diana is still famous for her fashion choices — just last year, Rowing Blazers released a line of sweaters inspired by designs Diana made famous back in the 1980s. Today’s white wedding dresses owe much to Queen Victoria.

Meghan, in particular, brought something new to the family, with an American passport that created a new constituency of royal fans, who saw themselves, for the first time, reflected in the institution with the inclusion of its first biracial member.

“Meghan brought this real beautiful celebrity glamour to things, and with that, a tremendous amount of followers,” said Ross. 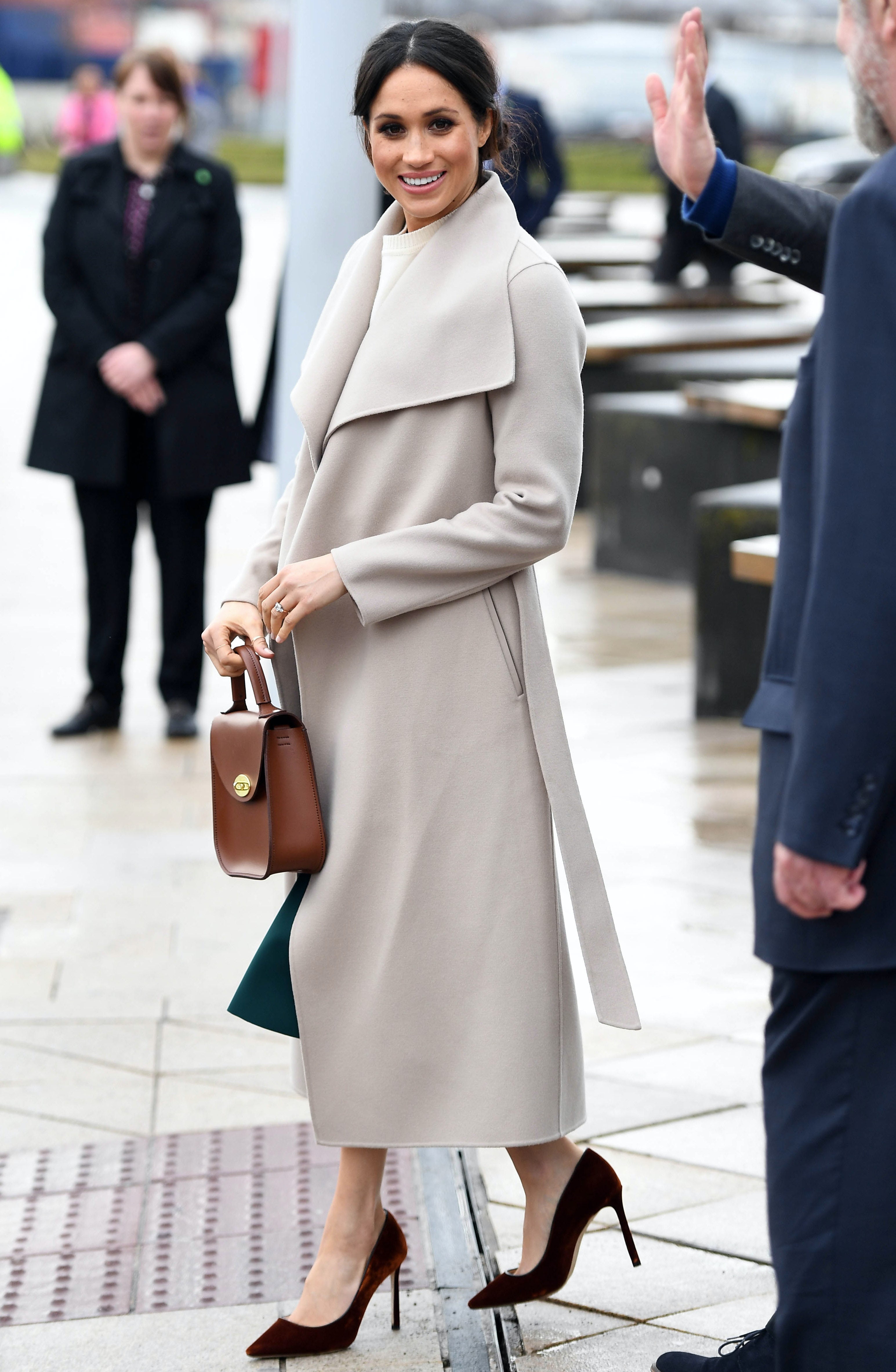 Countless media outlets monetise royal outfits with affiliate links, earning commission every time a reader buys a pair of the Rothy’s flats Meghan wore during their tour of New Zealand or Kate’s go-to Castañer espadrille wedges. Edinburgh-based accessories label Strathberry saw a spike in Google searches when Meghan carried one of the brand’s bags in late 2017. Now, it’s stocked at Nordstrom and Saks.

The Meghan and Kate effects have their limits. Issa London, the brand behind Kate’s sapphire blue engagement dress, went out of business in 2015. L.K. Bennett, maker of Kate’s go-to shoe of the early 2010s, the nude “Sledge” pump, went into administration in 2019.

Fashion’s royal run might have come to a natural end even without the recent scandals. Meghan and Kate built their fandoms off of major life events: two weddings, plus four — soon to be five — babies. But there will be no more royal weddings for some time (Prince George, William’s eldest, is only seven). Meghan said in Sunday’s interview that her daughter, due later this year, will be her last child.

It’s those milestones that keep people talking about the royals — and what they’re wearing. Among Kate’s best-remembered outfits are her Sarah Burton for Alexander McQueen wedding gown and the blue polka dress she wore on the hospital steps to introduce George to the world.

Both duchesses have plenty of loyal fans, who will continue to view them as fashion icons, no matter their perception of the rest of the royal family. Those two followings are wide and varied, too — people love Meghan and Kate for the image they’ve presented to the world, which goes beyond just their royal association.

“People who are big fans of Megan and her style are not necessarily big fans of the royals,” Ross said. “They’re really interested in that Meghan Markle magic.”

When star power is this strong, there isn’t much that can diminish it. And when it comes to fashion, shoppers likely won’t be so quick to give up on the fairy tale.

A sign? The morning after the Oprah interview aired in the US, Kensington Palace released a video of Kate — doing a virtual appearance in honor of International Women’s Day. In it, she wore a pink pussy bow blouse from high street retailer Boden.

Within a few hours, it was sold out.

How to Dress Meghan Markle (Hint: You Probably Can’t)